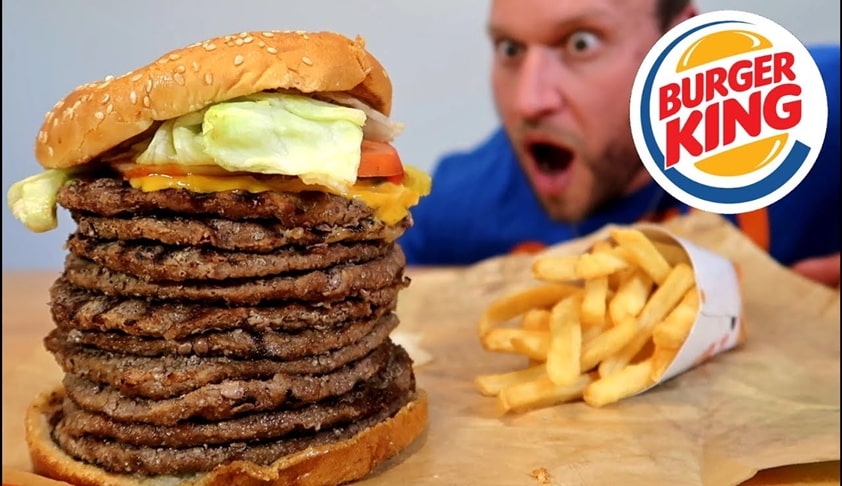 Giving a wide interpretation to what constitutes “use of a trade mark”, the Delhi High Court has held that in a trade mark action, use of mark includes not just actual physical use of the mark but also its use for inviting franchisee queries from a particular territory and the court in that territory would have the jurisdiction to try and entertain such suit.

The court said so while hearing applications moved by Maharashtra-based Techchand Shewakramani and Others (defendants) seeking rejection of a plaint filed by US-based Burger King Corporation seeking a permanent injunction restraining infringement of trademark, passing off, damages, etc. in respect of the trademark ‘Burger King’ and ‘Hungry Jack’s’.

The plaintiff submitted that it has entered into numerous agreements and contracts with various parties within the territory of New Delhi in furtherance of the imminent launch of its Burger King franchisee outlet in New Delhi and that it has strong apprehension that the defendants will expand their operations under the impugned trading style/trade mark of Burger King Restaurants in New Delhi which will have a dynamic effect on its business, both current and forthcoming in Delhi.

The defendants sought rejection of the plaint on the ground of lack of cause of action and lack of territorial jurisdiction as they claimed that the defendants were based out of Mumbai.

Justice Singh noted that the defendants registered the domain name theburgerking.in, which was created on July 9, 2014, and is registered in the name of Defendant No. 3.

Looking at the website extracts of the defendant theburgerking.in, the court noted, “Along with the above text, the logo of Ras Resorts and Apart Hotels Pvt. Ltd. appears and in the list of “Coming Soon” and “Street Cart Locations”, Delhi is clearly mentioned. Any person wanting to set up a street cart with the name Burger King can apply on this form to the Defendants. Thus, the Defendants are actually promoting their business and using the mark Burger King within the jurisdiction of this Court. It would be too stringent a test to hold that unless and until an outlet is set up, there would be no jurisdiction. In this day and age of e-commerce and online businesses, the Defendants’ conduct of seeking franchise queries in Delhi would itself confer jurisdiction of this Court under Section 20 of the CPC.

“The Plaintiff’s averment that there is a credible and imminent threat of the Defendants launching the Burger King carts and outlets in Delhi is also proved to be more than credible in view of the various agreements filed by the Defendants themselves,” said the court while also taking note of an article in a business magazine which quoted Defendant No. 3 about his plans to expand Burger King restaurants all across the country and also going international.

“Along with the affidavit dated 10th April, 2015, several documents have been placed on record. These documents show that franchisee requests have been made from various persons in New Delhi including Madangiri, Okhla Industrial Area, Delhi, Naraina, Hauz Khas, Adarsh Nagar, South Extension, Punjabi Bagh, Dwarka and adjoining regions. These documents filed by the Defendants themselves go to show, beyond any doubt that the Defendants are actively promoting and intending to expand their business in Delhi.

“The provisions of Section 134 of the TM Act and Section 62 of the Copyright Act are in addition to and not in exclusion of Section 20 of the CPC. If the Plaintiff can make out a cause of action within the territorial jurisdiction of this Court under Section 20, no reference needs to be made to Section 134,” held Justice Singh.

What constitutes cause of action in trademark suit

The bench said, “What constitutes cause of action in the context of a suit alleging violation of rights in a trade mark, would, therefore, be the question.”

“In a case involving trade mark infringement, infringement happens when a person “uses in the course of trade” any mark without the owner’s consent. Thus, use of a mark is the cause of action in an infringement as also in a passing off action. If use takes place in a territory where the suit is filed, that Court has the jurisdiction to entertain the suit. When there is use of a mark, there is a cause of action to sue, where the use takes place,” it said.

The bench referred to Section 2(2) (c) of the TM Act which provision stipulates that use of a mark in relation to goods could be either in any physical or in any other relation whatsoever to such goods.

“Thus, when Section 20 of the CPC provides that a suit could be filed in any place where the cause of action arises, in a suit involving rights in a trademark, cause of action arises in each and every place where there is any form of use of the said mark. Principles which apply to infringement actions to determine ‘use’ would equally apply to passing off actions,” it said.

Applying the test, the bench held that the Defendants have used the mark by a) promoting the mark Burger King in Delhi; b) by entertaining franchisee queries from the territory of Delhi; c) by seeking franchise requests through the website theburgerking.in; d) by openly and publically expressing their intention to expand all across the country including Delhi; and e) by allowing would be franchisees to apply through the website by filling a form.

For all these reasons, jurisdiction under Section 20 of the CPC is clearly vested in this Court, it said, as it relied on Laxmikant V. Patel v. Chetanbhat Shah & Ors wherein the Supreme Court had observed that passing off is not to be determined on the basis of the facts as they exist on the date of the filing of the suit, but keeping in mind the future expansion of a business.

“It is clear from the above extract and the dictum of the Supreme Court that the concept of infringement and passing off is not fixed in time. It is elastic in nature inasmuch as use of a mark is continuous and each and every use constitutes a fresh cause of action. In a suit where infringement and passing off is complained of, basing the jurisdiction, only as per the date of the plaint would not be the correct approach.

“The documents placed on record by the Defendants themselves go to show that they have been actively entertaining franchisee requests from Delhi. Interviews have been given by the promoters of the Defendants that they intended to expand all over India. The Defendants have also filed a counterclaim in the present case and the matter has proceeded to trial. Defendant No. 7 is intricately linked with the business of Defendants No. 1, 2 and 3. The trademark ‘Burger King’ is claimed to be a property of Ras Resorts i.e., Defendant No. 7. The mark is being promoted in Delhi. For all the above reasons, this court clearly has jurisdiction to try and entertain the present suit. The allegation of lack of cause of action is bereft of merit,” it held.