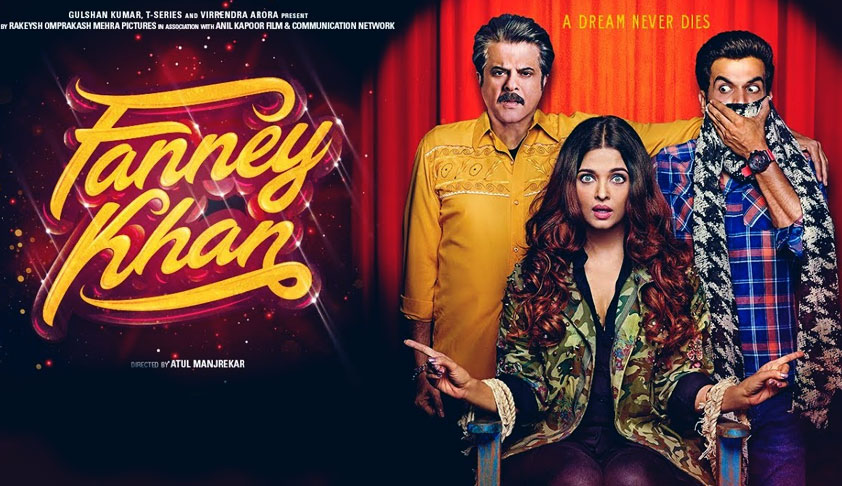 Just three days before the release of much-awaited Bollywood film Fanney Khan starring Anil Kapoor and Aishwarya Rai, producer Vashu Bhagnani’s Pooja Entertainment and Films Ltd has moved the Supreme Court saying he has been cheated in respect of film’s distribution rights which were surreptitiously given to Super Cassettes (T- Series) and that the film’s release be stayed pending transfer of a related suit pending before the Bombay High Court.

The transfer petition was mentioned on Monday before the apex court.

Chief Justice Dipak Misra, Justice AM Khanwilkar and Justice DY Chandrachud ordered that the matter be listed before the appropriate bench on August 1.

Fanney Khan is slated for release on August 3.

In the petition, petitioner Pooja Entertainment and Films Limited said, “The reputation, fair name and profitability of the Petitioners has been adversely and unfairly affected, in a most unjustified and unseemly manner, owing to certain machinations and surreptitious arrangements between Respondent No. 1 (Kriarj Entertainment Private Limited Mumbai) and Respondent No. 7 (Super Cassettes Industries Private Limited New Delhi), in relation to All-India distribution rights of the film Fanney Khan, behind the back and unknown to the Petitioners”.

It said the sole distribution rights for the film Fanney Khan were sold to it by Kriarj for a sum of Rs. 10 crores, out of which an amount of Rs. 8.50 crores has been paid and duly acknowledged by Kriarj , which has, however, in connivance with Respondent No. 7, has parted with its entire co-production and distribution rights in the said film in favour of Respondent No. 7, before and after the arrangement and receipt of money from the Petitioners, thus constituting a grave misdemeanor, felony and civil wrong, liable to be remedied in a most equitable and exemplary manner.

The petitioner said that in November 2017, Kriarj’s promoters approached it with respect to distribution and release of film Fanney Khan.

After negotiations, a Memorandum of Agreement dated 16.12.2017 was executed, whereby distribution rights of the film in all territories in India were given to the petitioners.

It is to be noted that in May this year, Super Cassettes Industries Pvt Ltd had filed a commercial suit in the Delhi High Court against Kriarj Entertainment and others, seeking directions in relation to its rights in the movie Batti Gul Meter Chalu.

“While the Petitioners had no knowledge of the suit filed in Delhi High Court on 9.7.218, in the situation outlined hereinbefore, and having no alternative or recourse, the Petitioners were constrained to file a Commercial Suit in the High Court of Judicature at Bombay …on 11.7.2018 seeking enforcement of their rights under Agreement dated 16.12.2017 for the film Fanney Khan,” said the petition.

It said since the matters were overlapping, they be transferred to Delhi High Court and “pending transfer of the suit in Bombay High Court to the Delhi High Court, the release of the film in question, Fanney Khan, scheduled for 3.8.2018, which forms the substratum of the issue relating to ownership of its distribution rights, may very kindly be stayed…”