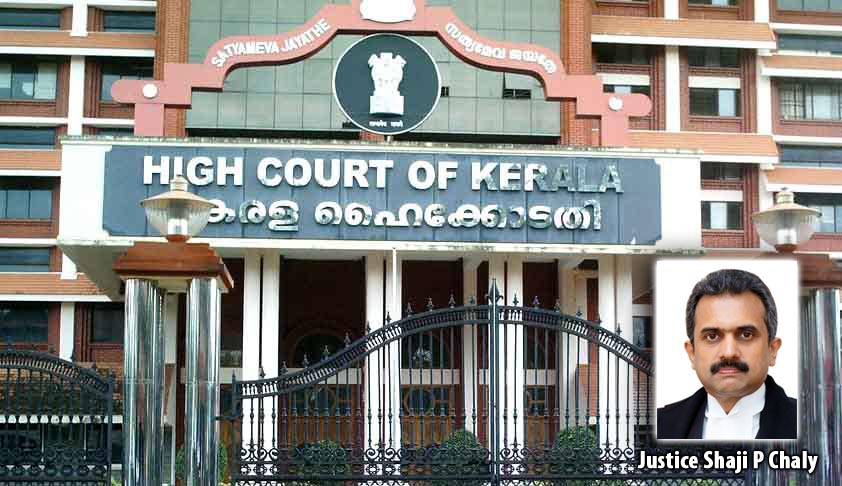 Court upheld the constitutional validity of Rule 96(9) of Central Motor Vehicle Rules Justice Shaji P Chaly of Kerala High Court in Shyamaladevi A.K v The Regional Transport Officer, Kottayam and others and a batch of other writ petitions has ruled that vehicles transporting hazardous goods and LPG are to be fitted with Anti-Lock braking system(ABS) to ensure safety on public road.The...

Justice Shaji P Chaly of Kerala High Court in Shyamaladevi A.K v The Regional Transport Officer, Kottayam and others and a batch of other writ petitions has ruled that vehicles transporting hazardous goods and LPG are to be fitted with Anti-Lock braking system(ABS) to ensure safety on public road.

The above writ petitions were filed by owners of N2 and N3 category vehicles i.e rigid trucks (Light Commercial Vehicle,Light Motor vehicle goods carriage ,Light goods vehicle etc) challenging the action of the respective Motor Vehicles Authority refusing to register or renew the fitness certificate etc. etc. on the ground that the vehicles are not fitted with Anti-lock Braking System (ABS) as provided under sub-rule (9) of Rule 96 of the Central Motor Vehicles Rules.

The main contentions of the petitioners were that, the manufacturer during manufacture of N2 and N3 category of vehicles may not be able to predict for what purpose the vehicles could be used, because N2 and N3 vehicles can be used for various applications as they are rigid trucks. Some of the vehicles involved in the above writ petitions were granted Goods Carriage permit and permitted to carry LPG cylinders on certain conditions especially on directions issued by the court in the writ petitions.

It was also the contention of the petitioners that after the vehicles are purchased as drive away chassis, the purchaser may use it as trucks, trailers, double duckers etc. Hence the compliance of sub-rule 9 of Rule 96 insisted after prototype certification of the vehicle , was not practical. A further thrust of contention was put forth that if ABS is fitted by the local mechanic, the entire system of braking provided in the vehicle changes and amounts to material alteration as provided under Sec.52 of the Motor Vehicles Act, which was impermissible.

The court speaking through Justice Shaji.P Chaly dismissing the arguments put forth by the petitioners ;held that it was necessary for the vehicles in question more specifically to vehicles transporting hazardous substance like LPG cylinders be fitted with Anti –lock braking system in compliance with rule 96(9)(1) Central Motor Vehicles Rules. The court elaborated its judicial reasoning on the following lines:-“Rule 96(9) is brought into the Rules with a laudable object of ensuring safety on public road by employing advanced braking system to the vehicles transporting hazardous goods and LPG. Such brake systems are a necessary requirement of the day, especially under the road conditions of this country and the State. The roads are not broad enough to contain such vehicles. That apart, many of the curves, bridges and the culverts are unscientifically constructed. The roads are not provided completely with median, consequent to which, chances of accidents by head on collision are on the higher side. This is more so, when the vehicles carrying hazardous goods and LPG are meeting with accidents. In such circumstances, the Rule brought into force by the Central Government to meet with such situations, the rule has to be treated with utmost strictness in order to achieve the purpose for which it was brought.”

As regards the contention whether fixing of Anti –Lock braking system amounts to structural alteration of vehicle, Justice Shaji P Chaly went on to rule that compliance of rule 96(9) of the rules does not in any way amount to structural alteration of vehicle as under Section 52 of the Motor Vehicles Act. The court observed :-“I have gone through Sec.52 of the Act. Sec.52 of the Act prohibits an owner of a motor vehicle from altering the vehicle so as to change the particulars contained in the certificate of Registration with those originally specified by the manufacturer, which thus means, the owner of a motor vehicle is prohibited by his own act and conduct from altering the vehicle. Here is a circumstance where a Rule was brought into force by which a more scientific braking system is directed to be fitted to certain category of vehicles in larger public interest. When a direction is issued by the Motor Vehicles Authority taking into account the Rule introduced, same is not an action on the part of the owner of the motor vehicle by carrying out any alteration. That apart, on a reading of Sec.52, it is categoric and clear that the alteration that is taken care of under the said provision is alteration of the nature interfering with the entry made in a Registration Book. There is no entry with respect to the nature of the brake system in the certificate of Registration. Viewed in that manner also, there is no alteration of the vehicle by introducing modern scientific braking system. That apart, the subsequent provisions of Sec.52 persuade me to think that the provisions contained under Sec.52 is not an bar.Therefore, in my considered opinion, Rule 96(9) will not in any manner interferes with Sec.52 of the Motor Vehicles Act.”

The court also held that even the condition imposed by way of amendment in rule 96(9) providing introduction of a breaking system after purchase and manufacture of vehicle was valid with and does not create any conflict with due regard provisions of the rule 126 and 126A and hence further cannot be held to be violative of the said provisions.

Lastly, Justice Shaji.P.Chali also repelled the arguments put forth challenging constitutional validity of rule 96(9) holding that the same was neither discriminatory, arbitrary and violative of Article 14 of the Constitution of India, 1950. The Court while upholding the constitutional validity of Rule 96(9) explained the judicial wisdom through Justice Shaji .P. Chaly as follows :- “On a consideration of the submissions made by the counsel and taking into account the laudable object of Rule 96(9), I am not persuaded to think that the same is arbitrary, illegal or violative of any of the provisions of the Constitution of India. Such rules are introduced into existing provisions in order to meet with requirements and felt necessities of time. As I have already stated, such modern braking systems are necessary in order to ensure road safety.Viewed in that circumstances, contention put forth by the petitioners that, ABS is not available in the market to suit their vehicles is not a sustainable argument. Moreover, petitioners are prohibited only to use the vehicles as N2 category and there is no prohibition at all to ply the vehicles on road otherwise and in accordance with law. Therefore, none of the fundamental rights guaranteed to the petitioners under the Constitution of India is violated. Resultantly it is declared that sub-rule 9 of Rule 96 of the Central Motor Vehicles Rules is Constitutionally valid.”