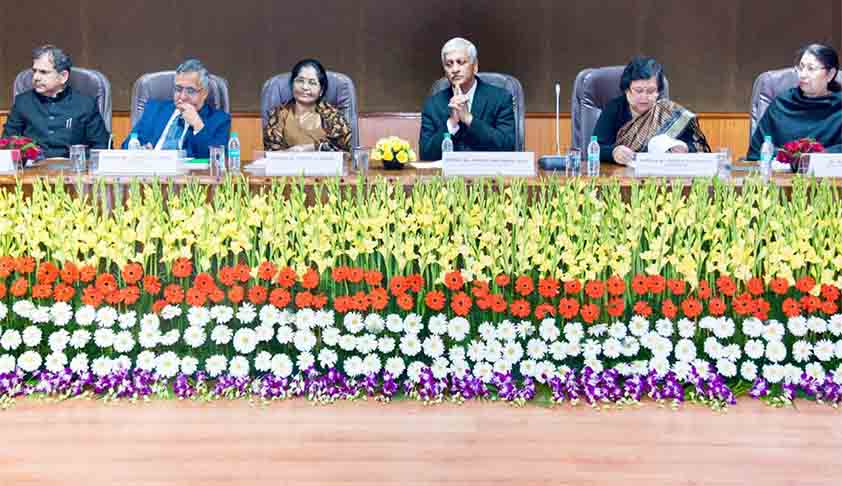 For ensuring a safe and comfortable environment to vulnerable witnesses including victims of child sexual abuse, a Vulnerable Witness Deposition Complex was inaugurated in Delhi on February 3.

The complex is the fourth of its kind in the national capital. It is within the premises of the District Court, Dwarka. It was inaugurated by Justice UU Lalit. Justice G Rohini, Chief Justice Delhi High Court and Justice Gita Mittal, and Justice RK Gauba were present during the inauguration.

A committee to monitor proper implementation of several guidelines laid down by Supreme Court of India and Delhi High Court in dealing with matters pertaining to sexual offences & child witnesses was constituted. Justice Gita Mittal is the Chairperson of this committee and Justice Gauba is a member.

As per the guidelines laid down by the Committee to monitor proper implementation of several guidelines laid down by Supreme Court of India and High Court of Delhi, New Delhi dealing with matters pertaining to sexual offences & child witnesses, headed by Justice Gita Mittal, facilities like separate witness room, separate accused room, play area for the child witnesses, pantry, separate toilet and an exclusive & comfortable waiting area have been provided in this newly built Vulnerable Witness Deposition Complex. Dwarka Court, Delhi. The complex has been equipped with all facilities of audio-visual exchange for a free interface between the presiding Judge, the witness and the accused without witness facing the accused

The complex has a separate entry for vulnerable witnesses, so that they do not come in direct contact with accused at any point of time. There are provisions for support persons, pre-trial court visit and facilities for pick and drop of the witnesses from their residence. In this way, all possible efforts have been made for providing comfortable environment to vulnerable witnesses at this complex in order to enable them to give their best evidence in criminal proceedings.