What To Expect Of The New CJI Ranjan Gogoi? 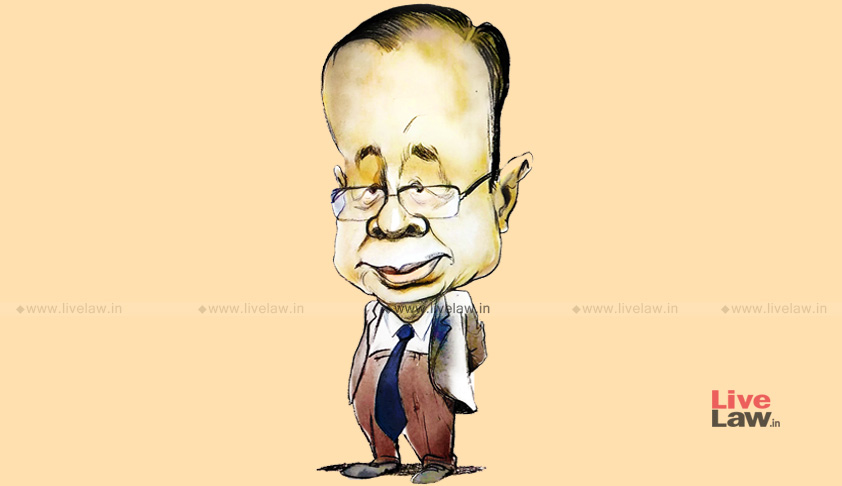 At times reformist, at times conformist, at times proactive, at times inactive- Justice Gogoi has exhibited contrasting traits in his judicial career so far.It might be ironic that the new Chief Justice of India Ranjan Gogoi, who is generally perceived as reticent by the legal fraternity, has made the most ground breaking revelation regarding the administration of Supreme Court this year....

It might be ironic that the new Chief Justice of India Ranjan Gogoi, who is generally perceived as reticent by the legal fraternity, has made the most ground breaking revelation regarding the administration of Supreme Court this year. His participation in the unprecedented judges' press conference held in January 12 was by itself an act of fortitude, considering the fact that he was the next in line to be the Chief Justice of India, after the then CJI Dipak Misra. So the stakes was high for Justice Gogoi. Not only did he endorse the no-confidence expressed by the other three senior judges regarding the administration of Supreme Court under CJI Dipak Misra, he also gave an indication of the immediate trigger for the press conference.  His reluctant, yet unequivocal "yes" to the query by media whether the press conference was about the Loya case, was indeed a ground breaking revelation.

That Justice Gogoi has a reformist spirit is evident from the manner in which the bench headed by him is overseeing the appointment of Lok Pal and constitution of special courts for trial of crimes against legislators. The stern observations made by him during the proceedings in these two cases against the governments' inaction indicates that he is someone who means business. His judgment laying down guidelines for the otherwise opaque process for designation as Senior Advocates indicates that he is not averse to uprooting long standing conventions to bring in transparency. Last May, the judgment authored by him held that Government Bunglows cannot be set apart for ex-ministers, by striking down a UP amendment, observing that a minister, once he/she demits the office, is at par with the common citizen.

So, his statement in the recent Ramnath Goenka Lecture that "sometimes noisy judges are independent journalists are needed as democracy's first line of defence", appears to be consistent with the activist/reformist character shown in above said cases.

Yet, there are certain other instances, which reveal a status-quoist, risk averse side to his mind.

On 24th January,2018, the bench headed by him dismissed the plea seeking probe by a Special Investigation Team into the attack of JNU student leader Kanhaiya Kumar which took place in the premises of Patiala House Court during February 2016. Reportedly,Justice Ranjan Gogoi observed "We don't want to flog a dead horse back into life".  The court felt that nothing survived in the matter and closed it. As much as it is disappointing, it is also surprising that the court ultimately chose to avoid interference, because it was in stark contrast with the very serious consideration the court had been bestowing upon this issue on all previous occasions since beginning. By failing to condemn the shameful act, the Supreme Court rendered its own directions dead letters and an exercise in futility, and condoned a blatant instance of "mob-justice"

Also, when the Bombay High Court's (Aurangabad Bench) action in constituting a special committee to examine whether the movie "Jolly LLB2" scandalised judiciary was challenged in the Supreme Court, the bench headed by Justice Gogoi declined to interfere. This led to the producers of the film succumbing to the extra-legal demands made by the Court-appointed Committee without any statutory basis. Lawyer-author Gautam Bhatia has criticised this approach taken by Justice Gogoi's bench as "judicial evasion", i.e, a process by which Court allows an illegal situation to subsist by avoiding timely judicial decision. Contrast this with the vibrant approach shown by CJI Misra in the later phase of his tenure to protect freedom of expression from any sort of assault from extra-legal sources, as evident from Padmavat, Meesha and Priya Prakash Warrier cases.

Perhaps, it was the zest to shield the image of judiciary which resulted in inaction in "Jolly LLB2" case. However, this zest had led to an unsavoury episode, when Justice Gogoi's bench issued contempt notice to retired Justice Katju for his criticism of Soumya case judgment. Justice Katju was 'requested' by the bench to appear in Court to make his submissions against the judgment on the basis of his comments in Facebook , in the review proceedings against Soumya case judgment. Unsuspectingly, Justice Katju appeared expecting an academic debate on the judgment; but was served with contempt notice, after an ugly spat between him and Justice Gogoi.

The judgment in Soumya case, where a convict who was awarded death penalty by the High Court and Trial Court for rape and murder of a woman during a train journey was acquitted of murder charges, invited wide criticism. It was a case where legal pedantism trumped commonsensical cause and effect approach to a rape-murder case. Justice Gogoi's judgment relied on a hearsay evidence to hold that the victim had jumped out of train on her own, and disjointly treated the grave injuries inflicted by the accused on the victim, instead of considering the cumulative effect of injuries in causing death. Also, the judgment did not explore whether the mortal fear created by the accused caused the victim to jump out of the moving train. The judgment sent shock waves in the society, and triggered heated debates in legal circles. Anyhow, this is an indication that Justice Gogoi is not one to be wavered by public opinion and media pressure.

Justice Gogoi had invoked the concept of "constitutional morality" to state that religious rights are subservient to constitutional parameters (Adi Saiva Sivachariyangal Nala Sangam v. State of T.N. ). It was held that the exclusion from appointment as temple archakas solely on the basis of caste was not constitutionally permissible. The Court also emphasised the importance of Agamas and held that appointment has to be in consonance with Agamas. It was held that so long as the injunctions in Agamas were not contrary to Constitutional parameters, they have to be deferred to.

Within a few months of his appointment as SC judge in 2012, Justice Gogoi had found himself taking a minority position in contrast to that taken by the Chief Justice Altamas Kabir in the challenge to election of Pranab Mukherjee as President.

Pranab Mukherjee's election as President in 2012 was challenged by Former Lok Sabha PA Sangma  on the grounds that he had been holding an 'office of profit' at the time he filed his nomination papers, contrary to the Constitution. A five-judge Constitution Bench including Justice Gogoi was set up to first decide whether the petition was maintainable and needed to have a full hearing.The then CJI and two other judges held that there was no need for a regular hearing, because the offices Mukherjee was alleged to have held at the time – chairman of the Indian Statistical Institute (ISI) and leader of the House in the Lok Sabha – would not be offices of profit in any case. However, Justice Gogoi and Justice Chelameswar dissented.

Justice Gogoi also headed the bench which reviewed the earlier ban imposed by the SC against publication of photographs of politicians in Government advertisements, except those of the Prime Minister. The ban was relaxed to include governors, chief ministers, and where relevant, a specific cabinet minister.

Justice Gogoi headed the bench which held that names of holy books cannot be claimed as trademarks. "The answer to the question as to whether any person can claim the name of a holy or religious book as a trade mark for his goods or services marketed by him is clearly 'NO'," he observed. His judgment in the Toyota Prius case, regarding trademark protection for international brands, is an enlightening read to understand the principles of universality and territoriality in trademark law.

The SC bar perceives him as a tough judge having a no-nonsense approach. He is known to be friendly and encouraging towards juniors. He is also perceived as sympathetic to the causes of poor and underprivileged.

During his tenure as CJI till November 18,2019, he will have to deal with thorny administrative issues like finalization of the Memorandum of Procedure for appointment of judges. One could also expect that he will use his powers as the "maser of roster" to resolve issues in constitution of benches and allocation of cases, especially so since this was one of the major issues which caused discontentment amongst senior judges against CJI Misra.

His  determined character gives an impression that there will be many changes in SC rules and administration. It was the bench headed by Justice Gogoi which passed the order facilitating the establishment of child care facilities. Recently, he was seen in the company of three other  judges making a surprise inspection of SC corridor and premises.

He might also have to deal with the Ram Janmbabhoomi and Article 35A cases, which will assume political significance in the backdrop of Lok Sabha elections 2019.

At times reformist, at times conformist, at times proactive, at times inactive- Justice Gogoi has exhibited contrasting traits in his judicial career so far. Therefore, it will be hard to predict how he will handle the mantle. If his reformist spirit  prevails, it will bring systemic changes for over all betterment of justice delivery. If one goes by his statements in the Ram Nath Goenka Lecture that judiciary needs a revolution than a reform, Justice Gogoi seems to be harbouring a revolutionary spirit as well. It is hoped that his future actions as CJI will be guided by this spirit.