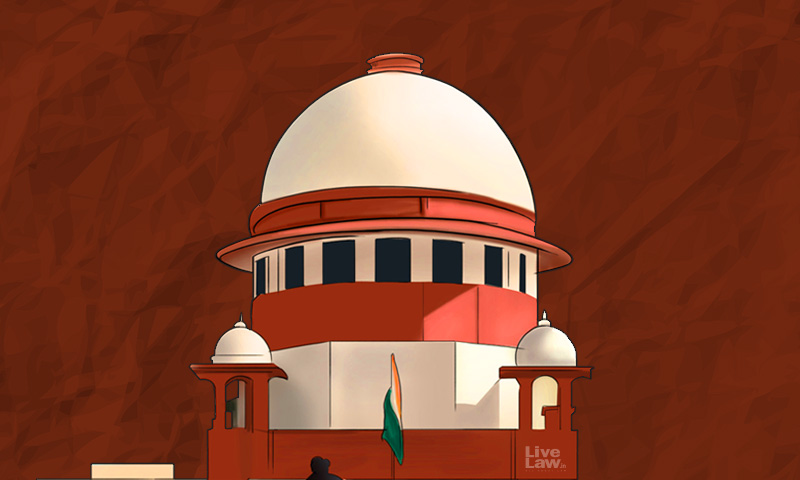 The Supreme Court of India has pronounced numerous judgments in the month of October, 2020. In this write-up, the important pronouncements are briefly discussed. TofanSingh v. State of Tamil Nadu, Criminal Appeal No. 152 of 2013 (Decided on29/10/2020). A Bench of Justices R.F. Nariman, Navin Sinha and Indira Banerjee (dissenting), in a 2:1 majority, held that the officers who...

The Supreme Court of India has pronounced numerous judgments in the month of October, 2020. In this write-up, the important pronouncements are briefly discussed.

A Bench of Justices R.F. Nariman, Navin Sinha and Indira Banerjee (dissenting), in a 2:1 majority, held that the officers who are invested with powers under section 53 of the NDPS Act are police officers within the meaning of section 25 of the Evidence Act as a result of which any confessional statement made to them would be barred under the provisions of section 25 of the Evidence Act and cannot be taken into account in order to convict an accused under the NDPS Act. It was also held that a statement recorded under section 67 of the NDPS Act cannot be used as a confessional statement in the trial of an offence under the NDPS Act. The judgments in Raj Kumar Karwal v. Union of India and Kanhaiyalal v. Union of India were overruled. It was also observed that to arrive at the conclusion that a confessional statement made before an officer designated under section 42 or section 53 can be the basis to convict a person under the NDPS Act without any non obstante clause doing away with section 25 of the Evidence Act and without any safeguards would be a direct infringement of the constitutional guarantees contained in Articles 14, 20(3) and 21 of the Constitution of India.

A Bench of Justices Dr. Dhananjaya Y. Chandrachud and Indira Banerjee, held that the verdict of a criminal trial does not conclude the disciplinary enquiry. The Bench observed that in the case in hand, disciplinary enquiry was not governed by proof beyond reasonable doubt or by the rules of evidence which governed the criminal trial and the circumstances emerging from the record of the disciplinary proceedings which bring legitimacy to the contention of the State that to reinstate an employee back in service will erode the credibility of and public confidence in the image of the police force. The Court held that mere acquittal does not entitle an employee to reinstatement in service.

A Bench of Justices Uday Umesh Lalit, Indu Malhotra and Hemant Gupta, (dissenting), in a 2:1 majority, transferred the custody of a child (11 years old) to his father living in Kenya, from his mother. The Bench also had a personal interaction with the child to ascertain his wishes. The Bench (2:1) was of the view that it would be in the best interest of the child if his custody is handed over to his father as he would be required to adapt to a new environment and study in a new educational system with a different curriculum, also, the preferences and inclinations of the child are of vital importance for determining the issue of custody of the minor child. The Bench (2:1) directed the father of the child to obtain a mirror order from the concerned court in Nairobi to reflect the directions contained in the judgment within a period of 2 weeks from the date of this judgment.

A Bench of Justices R.F. Nariman, Navin Sinha and K.M. Joseph, observed that natural justice is a flexible tool in the hands of the judiciary to reach out in fit cases to remedy injustice and the breach of the audi alteram partem rule cannot by itself lead to the conclusion that prejudice is caused. It was observed that where procedural or substantive provisions of law embody the principles of natural justice, their infraction per se does not lead to invalidity of the orders passed. Prejudice must be caused to the litigant, except in the case of a mandatory provision of law which is conceived not only in individual interest, but also in public interest. No prejudice is caused to the person complaining of the breach of natural justice where such person does not dispute the case against him or it. This can happen by reason of estoppel, acquiescence, waiver and by way of non-challenge or non-denial or admission of facts in cases in which the Court finds on facts that no real prejudice can therefore be said to have been caused to the person complaining of the breach of natural justice. The Court observed that in cases where facts can be stated to be admitted or indisputable and only one conclusion is possible, the Court does not pass futile orders of setting aside or remand when there is in fact no prejudice caused. This conclusion must be drawn by the Court on an appraisal of the facts of a case and not by the authority who denies natural justice to a person. The prejudice exception must be more than a mere apprehension or even a reasonable suspicion of a litigant. It should exist as a matter of fact or be based upon a definite inference of likelihood of prejudice flowing from the non-observance of natural justice.

A Bench of Justices Ashok Bhushan, R. Subhash Reddy and M.R. Shah, held that the pendency of proceedings under the Protection of Women from Domestic Violence Act, 2005 or any order interim or final passed under Section 19 of the Protection of Women from Domestic Violence Act, 2005, regarding right of residence is not an embargo for initiating or continuing any civil proceedings which relate to the subject matter of order interim or final passed in proceedings under the D.V. Act. It was held that the judgment or order of criminal court granting an interim or final relief under Section 19 of D.V. Act, 2005 are relevant within the meaning of Section 43 of the Evidence Act and can be referred to by the civil court. The Bench also observed that the right to residence under Section 19 of the Protection of Women from Domestic Violence Act, 2005 is not an indefeasible right of residence in shared household especially when the daughter-in-law is pitted against aged father-in-law and mother-in-law and while granting relief both in application under Section 12 of the D.V. Act, 2005 or in any civil proceedings, the Court has to balance the rights of both the parties. The Court, while analysing the definition of shared household given in Section 2(s) of the D.V. Act, 2005, held that it cannot be read to mean that shared household can only be that household which is household of the joint family of which husband is a member or in which husband of the aggrieved person has a share and the judgment in S.R. Batra v. Taruna Batra does not lay down a correct law as it has incorrectly interpreted Section 2(s) of the D.V Act, 2005.

A Bench of Justices Sanjay Kishan Kaul, Aniruddha Bose and Krishna Murari, held that the right of pre-emption is only exercisable for the first time when the cause of such a right arises, in a situation where the plaintiff-pre-emptor chooses to waive such right after the Rajasthan Pre-Emption Act, 1966 becoming operational. Section 9 of the said Act operates as a bar on his exercising such right on a subsequent transaction relating to the same immovable property. It was observed that the pre-emptor has two rights. Firstly, the inherent or primary right which is the right to the offer of a thing about to be sold and the secondary or remedial right to follow the thing sold. The right to pre-emption is a very weak right and is capable of being defeated by all legitimate methods including the claim of superior or equal right.

A Bench of Justices Sanjay Kishan Kaul, Aniruddha Bose and Krishna Murari, gave a benefit of doubt to the appellants and directed their release as the prosecution had miserably failed to prove the guilt of the accused beyond doubt. The Bench observed that as a general rule the Court can act on the testimony of single eye witness provided, he is wholly reliable. There is no legal impediment in convicting a person on the sole testimony of a single witness. That is the logic of Section 134 of the Evidence Act, 1872 but if there are doubts about the testimony Courts will insist on corroboration. It is not the number, the quantity but quality that is material. The time-honoured principle is that evidence has to be weighed and not counted. The test is whether the evidence has a ring of truth, is cogent, credible and trustworthy.

A Bench of Justices L. Nageswara Rao and S. Ravindra Bhat, held that the NRI quota in private medical colleges is neither sacrosanct nor inviolable in terms of existence in any given year or its extent and if a medical college or the state regulating authority decide to do away with it then reasonable notice of such a decision should be given to enable those aspiring to such seats to choose elsewhere.

A Bench of Justices S. Abdul Nazeer and Sanjiv Khanna, while upholding the conviction of the accused, set aside the sentence of life imprisonment and held that in light of Section 6 of the General Clauses Act read with Section 25 of the Juvenile Justice Act, 2015, an accused cannot be denied his right to be treated as a juvenile when he was less than eighteen years of age at the time of commission of the offence. The Bench held that in terms of Section 25 of the 2015 Act, 2000 Act would continue to apply and govern the proceedings which were pending when the 2015 Act was enforced.

(Muneeb Rashid Malik is a student of law and can be reached at [email protected]. He tweets @muneebmalikrash).