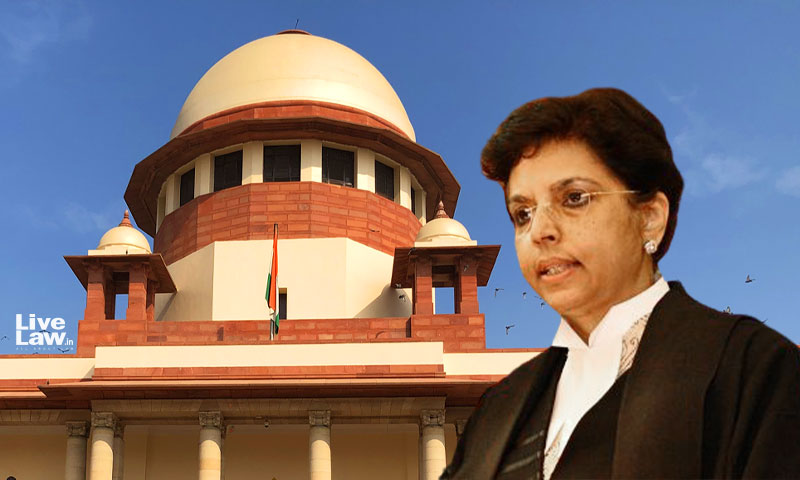 First woman Chief Justice of the Telangana High Court, Justice Hima Kohli, will take oath as a Judge of the Supreme Court of India on August 31, just two days before the date on which she otherwise would have retired as a High Court judge. She is the ninth woman to be elevated to the Supreme Court in its history of seven decades. Justice BV Nagarathna from Karanataka High Court and Justice...

First woman Chief Justice of the Telangana High Court, Justice Hima Kohli, will take oath as a Judge of the Supreme Court of India on August 31, just two days before the date on which she otherwise would have retired as a High Court judge.

She is the ninth woman to be elevated to the Supreme Court in its history of seven decades. Justice BV Nagarathna from Karanataka High Court and Justice Bela Trivedi from Gujarat High Court are the other women judges in the present set of new appointees(Justice Kohli is senior to both of them).

Justice Hima Kohli is known for her firm approach in enforcing executive accountability and defending women rights. Recently, she was in news for championing the cause of public health during the Covid-19 pandemic.

On one such occasion, Justice Kohli came to the rescue of numerous Covid-19 patients from neighbouring states of Telangana, halted at state borders without any medical aid or even prior notice.

"This is a blatant violation of the Constitution. You are denying medical treatment to people. You are stopping people from entering without any official Order and without letting the public know? Who permitted you to do this?" Justice Kohli slammed the authorities.

She made it clear that the State Government cannot deny medical treatment to the citizens of its own country, by discriminating among them on the basis of their residence.

She promptly ordered the State to not stop any ambulance carrying Covid-19 patients and observed:

"No State action can be validated that results in avoiding or delaying access to medical assistance when a patient is in a dire need of such a treatment. This would amount to violating the sacrosanct right to life guaranteed under Article 21 of the Constitution and operate as a fetter on the right of a citizen of this country to move freely throughout the territory of India, as enshrined in Article 19(1)(d) of the Constitution of India."

Justice Kohli was appointed as an Additional Judge of the Delhi High Court in 2006 and was made a permanent Judge the next year. As part of a Division Bench there, Justice Kohli monitored the Covid-19 situation in the national capital.

In June 2020, an order was passed by the said Bench directing all private hospitals in Delhi, that are equipped with labs and have the sanction of ICMR, to conduct Covid-19 tests on symptomatic/ asymptomatic persons.

The Bench had also directed the Delhi Government to ensure that the accredited labs in Delhi, which are testing samples for Covid-19 infection, should be giving reports within a period of 24/48 hours. Any delay in returning the report, the Bench agreed, further pushes the process of contact tracing which leads to rapid multiplication of the virus in the city.

In addition to overseeing Covid-management, Justice Kohli also headed Delhi's High Powered Committee which prescribed the criteria for releasing prisoners on interim bail/ parole for decongestion of prisons, in order to protect inmates from infection.

"If UTPs/Convicts are asked to surrender at this time then it, would be a dangerous proposition, as they might bring with them the infection," Justice Kohli had said while extending their release in December 2020.

Apart from this, Justice Kohli has also been in news for passing some ground breaking orders. In 2017, she made a very significant observation with respect to juvenile offenders— that their identities have to be protected perpetually, to ensure that no stigma is attached to them.

The observation was made in a writ petition filed by a constable, whose service at the Reserved Police Force was terminated by the Railway Board on the ground that he had not disclosed pendency of a criminal case lodged against him for an incident that took place when he was 12 years old.

Justice Kohli in her order observed,

"There was no good reason for the respondents to have insisted that the petitioner ought to have disclosed the information relating to the allegations against him pertaining to an offence that was committed during his childhood where he was tried by the Juvenile Justice Board, and subsequently acquitted… the concerned police officials ought to have refrained from revealing the information pertaining to the petitioner in the case in question, since he was a juvenile at that point in time. This was in fact a gross breach of confidentiality contemplated under the Act."

In another Division Bench judgment, Justice Kohli rapped the Tihar Jail authorities for illegally detaining a man in jail for 10 days, despite a bail order in his favour. Taking a step further, she sought to know on how many occasions were the prisoners not released within 24 hours of being granted bail by a competent court, for reasons not attributable to that prisoner.

She emphasized that the concerned authorities must be sensitized towards prisoners' rights and suggested that requisite training workshops may be conducted for the same.

In another interesting, hitherto significant judgment, a Justice Kohli led Division observed that maternity leave cannot be a legitimate ground for denying extension of tenure to a contract based employee.

It quashed the termination letter of an ad-hoc Professor whose contract was not renewed by the College as she had taken a maternity leave, which was not approved by the said College. The bench also imposed a cost of ₹50,000 on the Respondents for giving arbitrary and unmerited reasons for not renewing the term of the Appellant.

This is violative of the basic principle of equality in the eyes of law. It would also tantamount to depriving her of the protection assured under Article 21 of the Constitution of India of her right to employment and protection of her reproductive rights as a woman. Such a consequence is therefore absolutely unacceptable and goes against the very grain of the equality principles enshrined in Articles 14 and 16".

On other occasions also, Justice Kohli has made observations against the prejudices and discrimination prevalent against women.

Speaking at a public event, Justice Kohli dubbed the plight of women in India, facing barriers steeped in gender bias, as a "shadow pandemic". She stated that not only are women of the household forced to work doubly hard during Covid-induced lockdown, but the country was also seeing a surge in domestic violence cases.

"In our society, we haven't reached the point where men have needed protection from women. If there comes a time that women have an upper hand, then we will come to amending the laws. I am not saying that there is no misuse. But, this cannot be a ground to throw out the law. We can do as much as we can to nip the misuse at the bud. However, there is no denying that the power structure is in favour of men," she said.

The remarks later resonated in one of the orders passed by a division bench, of which Justice Kohli was a part.

"The conduct of the wife of being interested in remaining in her room or not showing initiative in doing household work can by no stretch of imagination be described as cruel behaviour," the Bench observed, in an attempt to allay gender stereotypes.

It was hearing a man aggrieved by the dismissal of his plea for dissolution of marriage on the ground that his wife showed disinclination to do any household work, among other allegations.

Upholding the Family Court's order, the Bench opined that a new bride would be hesitant in her new surroundings in the matrimonial home. Thus, her non-interaction cannot be said to tantamount to cruelty. Rather, it was insisted that it is always for the husband's family to make the new bride feel at home and accepted as a family member.

In another public event held on the occasion of women's day, Justice Kohli expressed her views over personal and professional divide that most women face in their lifetime. In the legal profession, she stated, women are often forced to make a choice between continuing on in practice and marriage, as parents believed that if a woman continued in practice, she would never get an ideal match.

Justice Kohli was sworn in as the first woman Chief Justice of the Telangana High Court on January 7, 2021. In her span of about eight months as the Chief Justice, the division bench led by Justice Kohli disposed of 1,731 cases.

She also made several significant interventions while monitoring the Covid-19 situation in the state.

"People are having to mortgage gold to pay bills," Justice Kohli remarked while criticizing the Telangana Government for failing to cap the fees being charged by private hospitals for treatment of Covid-19 patients in the State.

She also made it clear to the State that it will have to take some positive steps to create a mechanism for check, as cancelling the hospitals licenses for overcharging, in the middle of a pandemic, would not be expedient in public interest.

The Judge also asked the State Government to invoke the provisions of the Essential Commodities Act, 1955 and/ or the Drugs and Cosmetics Act, 1940 for regulating prices of life saving drugs, in order to make the treatment of Covid-19 affordable.

In another order pertaining to Covid-management, Justice Kohli expressed serious disappointment over the mess that the people are being made to undergo for cremation of their loved ones.

"Even in death, human bodies are not being treated with the dignity they deserve" she said on being informed about the difficulties being faced by people in arranging for cremation of their deceased family members. The State was thus asked to submit the details of the number and capacity of the cremation grounds and burial grounds and to take immediate steps to ameliorate the situation.

A bench led by her had taken suo moto cognizance of a brutal daylight murder of a lawyer couple at a highway in Telangana to monitor the police investigation.

As Justice Kohli demits the office of Chief Justice to take onto a bigger role in the Indian judicial system, she expressed satisfaction that during her tenure the High Court Collegium which she headed was able to recommend 13 names for appointment as High Court judges.

Who Is Justice Vikram Nath, In Line To Be Chief Justice Of India In 2027?