Law on Reels: 'The Advocate' - On Culture of impunity, Role of Law and Life of KG Kannabiran 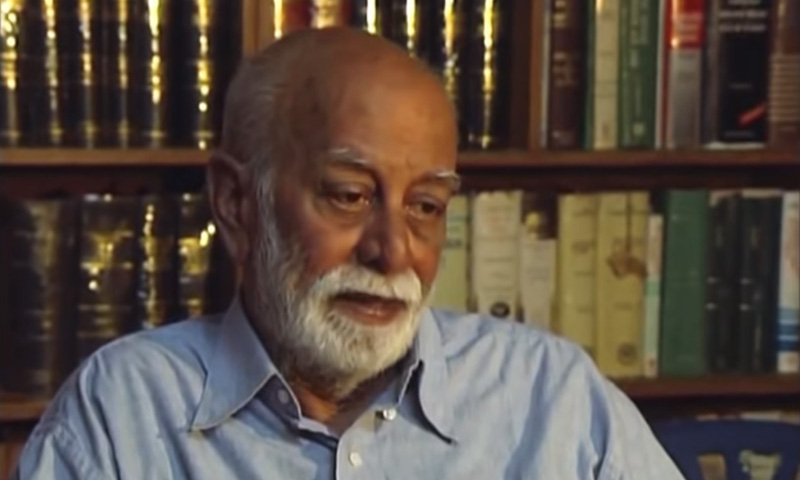 KG Kannabiran, a name whose legacy continues to inspire both human rights lawyers and activists across generations, spent more than four decades of his life questioning the culture of state impunity and defending the undefended. A lawyer in the Andhra Pradesh High Court and the Supreme Court, Kannabiran fought cases of custodial deaths, rapes and state violence against the...

Subscription starts from
₹ 599+GST
(For 6 Months)
View Plans
Premium account gives you:
Subscribe Now
Already a subscriber?
Login
KG Kannabiran, a name whose legacy continues to inspire both human rights lawyers and activists across generations, spent more than four decades of his life questioning the culture of state impunity and defending the undefended. A lawyer in the Andhra Pradesh High Court and the Supreme Court, Kannabiran fought cases of custodial deaths, rapes and state violence against the most marginalized groups of our society. The documentary film 'The Advocate' directed by noted film-maker Deepa Dhanraj traces the life and times of this pioneering lawyer and office holder of Andhra Pradesh Civil Liberties Committee and People's Union for Civil Liberties. The film is documentation of both use of law as a tool for state impunity and hope from law in seeking accountability against such state impunity. In the times where there is growing unchecked impunity against encounter murders and increasing use of criminal law to crush the political space of dissent, this film is a timely watch.

A Continued Culture of Impunity-

Kannabiran fought cases against state for custodial torture and encounters of members of Naxal movement and excess of government during the infamous Emergency. He strongly believed that unless every possibility of state impunity is eliminated we cannot have democracy in this country. Impunity refers to a general acceptance of employment of violence by state and its agents against life and liberties of citizens in the name of 'public order'/ 'law and order'. Such impunity allows state to torture and even 'encounter' any person without accountability and answer.

The film is documentation of this culture of impunity and its dangers with encounter murders, custodial rapes and torture becoming routine. The film shares various such cases through interviews of Kannabiran and range of activists including an almost daily practice whereby an FIR would be registered against a range of people and by the time charge sheet would be filed half of them would be shot dead! Or the case of Rameeza Bi's rape in police station where Kannabiran shares that the entire attempt was to character assassinate Rameeza and declare her prostitute. (The practice of questioning moral character of a woman has continued both during trials and sentencing in rape cases.)

And this state impunity is far from over, in fact on the contrary it has increased. Today encounter murders are not only accepted, but are rather celebrated with chief ministers warning that criminals will be either sent to jail or killed in encounters. Kannabiran shares that Andhra Pradesh Suppression of Disturbances Act, 1967 and later Andra Pradesh Public Safety Ordinance were indiscriminately used for prolonged preventive arrests without trials, and encouragement of encounter murders. Film documents how easy invocation of charge of sedition, use of scripted conspiracy charges to attack political belief, and tactic of harassing activists by delays became systematic tools for silencing and threatening political dissent. And today the same script has continued. In the past few years we have seen an increased use of criminal law particularly UAPA to silence any dissenting voice. Range of activists are in prison without trial and charges of sedition are being invoked at the drop of hat. This continuity of impunity results in continued significance of the film for our times. It was telling to watch this film with the simultaneous context of present times.

Role of Law and State Violence-

The second question the film raises is what is the role of law in creation and cementing of state impunity? Does the law become a tool for legitimizing and explaining the violence of state or is there hope from law and the legal system? Is law merely a pretext to silence the dissenting voices or can it enable accountability? Kannabiran raises a serious question on the very nature of law and state violence when he argues that while right to property is argued to be an inalienable right but right to life and liberty is considered an alienable right.

The film however is also a story of continued engagement of Kannabiran with the legal system and judiciary for seeking accountability from state and justice. On being asked why those who seek to overthrow the government and rebel against the Constitution seek protection under the same Constitution, Kannabiran replied that when such values reach court, it is not their values which are on trial; it is our values, our Constitution which is on trial.

The film is equally a story of Kannabiran's craftpersonship as a lawyer. The documentary brings forth various instances where Kannabiran worked for innovative interpretation of law to demand state accountability and protection of rights of marginalized. In relation to Andhra Pradesh Preventive Detention Act, 1970 Kannabiran argued that preventive detention does not merely take away one right but rather it takes away all the fundamental rights of the detainee at one stroke and crushes space of any dissent, an argument which hitherto was never argued before. Similarly, he shares various instances where he believed role of a lawyer is to inspire judges to see law as tool for questioning state impunity including a case where he read the Communist Manifesto to the presiding judge so that the context of political speech of his client could be understood by the court before punishing the person for his speech. He similarly let his clients read poems, present their speeches in the court.

'A Lawyer With High Principles' : A Junior Remembers His Senior KG Kannabiran

However, Kannabiran faced boycotts and isolation from members at the Bar. He shares that he was referred to as 'the Naxal lawyer' with whom other lawyers would not like to be seen, and would even avoid simple greetings sometime. Today when houses of lawyers are being raided and there are various stances where bar associations pass resolutions against presenting certain kinds of clients, the film left me wondering about the role of bar and bar associations collectively in defending the Constitution.

Another question the film left me with was the importance of open and transparent justice. With continued effort by Kannabiran and his fellow activist, a commission was established under Justice Vashisht Bhargava to inquire encounter killings in state of Andhra Pradesh however Kannabiran and his team walked away from the commission citing lack of openness when the government declared that the proceedings of the commission would happen in-camera. In the times of increased use of 'sealed cover jurisprudence', the film leaves you wondering about the contribution of this culture of secrecy in cementing state impunity in our times.

The film thus is a must watch for us to understand the relation of state violence, power and law.

(This is the twenty first column in 'Law On Reels' series, which explores legal themes in movies)