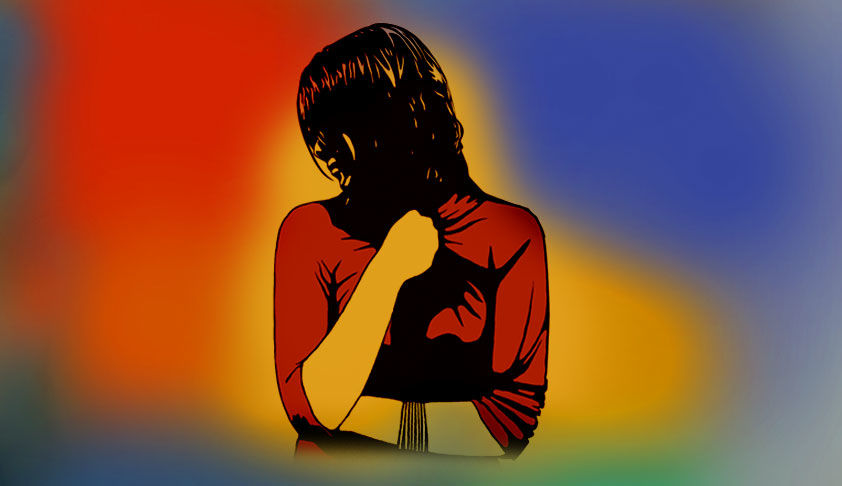 The Kerala High Court delivered a landmark judgment in which it held that 'marital rape' is a good ground for divorce. Merely for the reason that the law does not recognise marital rape under penal law, it does not inhibit the court from recognizing the same as a form of cruelty to grant divorce, Justice A. Muhamed Mustaque observed in the judgment.This judgment, in a way, reignites the...

The Kerala High Court delivered a landmark judgment in which it held that 'marital rape' is a good ground for divorce. Merely for the reason that the law does not recognise marital rape under penal law, it does not inhibit the court from recognizing the same as a form of cruelty to grant divorce, Justice A. Muhamed Mustaque observed in the judgment.

This judgment, in a way, reignites the debate about the necessity of retaining 'Marital Rape' exception in the Indian Penal Code.

Exception to Section 375 of the Indian Penal Code, since it came into force in 1860, reads thus: Sexual intercourse or sexual acts by a man with his own wife, the wife not being under fifteen years of age, is not rape. The common law origin of this exception is traced to statement made by Sir Mathew Hale CJ in History of the Pleas of the Crown: "The husband cannot be guilty of a rape committed by himself upon his lawful wife, for by their mutual matrimonial consent and contract the wife hath given herself up in this kind unto her husband. which she cannot retract."

Though Indian Penal Code was amended a number of times, the exception remains untouched even today. However, the Exception in so far as it relates to a girl child below 18 years was struck down by the Supreme Court in Independent Thought vs. Union of India.

In 172nd Report on Review of Rape Laws, the Law Commission of India refused the suggestion made by "Sakshi" an organisation that espoused cause of women, to recommend deletion of the Exception observing that it may amount to excessive interference with the marital relationship. However, it recommended to raise the age of the `wife' from fifteen to sixteen. According to Sakshi, when a man who causes hurt or any other physical injury to his own wife is liable to be punished for such offence like any other person, there is no reason why concession should be made in the matter of offence of rape/sexual assault where the wife happens to be above 15/16 years.

Later, in 2013, the report of Committee on Amendments to Criminal Law chaired by Justice JS Verma recommend that the exception for marital rape be removed. According to it, the law ought to specify that (1) a marital or other relationship between the perpetrator or victim is not a valid defence against the crimes of rape or sexual violation; (2) the relationship between the accused and the complainant is not relevant to the inquiry into whether the complainant consented to the sexual activity; (3) the fact that the accused and victim are married or in another intimate relationship may not be regarded as a mitigating factor justifying lower sentences for rape. The report pointed out that 'the exemption for marital rape stems from a long out-dated notion of marriage which regarded wives as no more than the property of their husbands'.

But these recommendations were not accepted and the exception was kept intact.

In a judgment delivered in 2018 (Nimeshbhai Bharatbhai Desai vs State Of Gujarat), the Gujarat High Court observed that 'Marital rape is a serious matter though, unfortunately, it is not attracting serious discussions at the end of the Government.' Justice JB Pardiwala, in his judgment, has also referred to the abolition of exceptions made in various countries. "A woman is no longer the chattel-antiquated practices labeled her to be. A husband who has sexual intercourse with his wife is not merely using a property, he is fulfilling a marital consortium with a fellow human being with dignity equal to that he accords himself. He cannot be permitted to violate this dignity by coercing her to engage in a sexual act without her full and free consent.", the judge observed.

In its landmark Judgment decriminalizing adultery, the Supreme Court has referred to observations made by Lord Keith in R v. R that 'marriage is in modern times regarded as a partnership of equals, and no longer one in which the wife must be the subservient chattel of the husband.'. One of the reasons to hold that Section 497 IPC is unconstitutional was that it treats woman and thus discriminates against women on grounds of sex only.

The context in which Lord Keith made these observations is quite significant. The question arose before House of Lords was whether it is legally possible for a husband to rape his wife, as the wife had given irrevocable consent to sexual intercourse with her husband through the contract of marriage, which she could not subsequently withdraw. It was declared that marital rape exemption did not exist in English law. It is in this context, the judge observed: "Apart from property matters and the availability of matrimonial remedies, one of the most important changes is that marriage is in modern times regarded as a partnership of equals, and no longer one in which the wife must be the subservient chattel of the husband. Hale's proposition involves that by marriage a wife gives her irrevocable consent to sexual intercourse with her husband under all circumstances and irrespective of the state of her health or how she happens to be feeling at the time. In modern times any reasonable person must regard that conception as quite unacceptable." Shortly thereafter, the Law Commission endorsed this view and the exemption was abolished by the English legislature. It must be noted that the above views were later endorsed by European Court of Human Rights.

In Independent Thought, the Court held that Exception 2 to Section 375 IPC in so far as it relates to a girl child below 18 years is arbitrary, capricious, whimsical and violative of the rights of the girl child and not fair, just and reasonable and, therefore, violative of Article 14, 15 and 21 of the Constitution of India. The judgment, however, clarified that the Court has not dealt with the wider issue of "marital rape". In this case, the intervenor had relied on Justice K.S. Puttaswamy (Retd.) & Anr. v. Union of India [Privacy Judgment] to urge that the right of privacy of the girl child is also violated by Exception 2 to Section 375 IPC. "I have purposely not gone into this aspect of the matter because anything said or urged in this behalf would affect any case being argued on "marital rape" even in relation to "women over 18 years of age". In this case, the issue raised is only with regard to the girl child and, therefore, I do not think it proper to deal with this issue which may have wider ramifications", Justice Gupta observed refusing to address these contention raised.

In Privacy judgment, it was held that 'Privacy also connotes a right to be left alone, it safeguards individual autonomy and recognises the ability of the individual to control vital aspects of his or her life. "Personal choices governing a way of life are intrinsic to privacy. Privacy protects heterogeneity and recognises the plurality and diversity of our culture. While the legitimate expectation of privacy may vary from the intimate zone to the private zone and from the private to the public arenas, it is important to underscore that privacy is not lost or surrendered merely because the individual is in a public place. Privacy attaches to the person since it is an essential facet of the dignity of the human being.", the court had observed. The court also observed that the right imposes an obligation on the state to take all necessary measures to protect the privacy of the individual.

In the context of these observations, if a wife refuses to have sex with her husband, it is undoubtedly in exercise of her fundamental right to privacy. And when she does so, if a man forces her to sex, it is nothing but rape. The state has an obligation to make it empathetic that a husband cannot treat his wife as a 'chattel'. For that, it is high time, that the 'Marital Rape' exception is abolished. An exception which apparently decriminalizes rape of a wife by a husband, is unconstitutional in view of the above observations made in Privacy judgment. If the law protects a man from being prosecuted for raping a woman, merely on the ground of he being her husband, then it is grossly illogical.

In the context of privacy debate, it is relevant to quote observations made by the Supreme Court in State of Maharashtra v. Madhukar Narayan Mardikar AIR 1991 SC 207 : "Even a woman of easy virtue is entitled to privacy and no one can invade her privacy as and when he likes. So also it is not open to any and every person to violate her person as and when he wishes. She is entitled to protect her person if there is an attempt to violate it against her wish. She is equally entitled to the protection of law."

The question now to be asked is whether a 'wife' is entitled to protect her person if there is an attempt to violate it against her wish? Is she equally entitled to the protection of law like any unmarried women? Can her privacy be invaded as and when her husband likes? I do not think the 'exception' can survive these questions. And certainly, 'it is time to say that husband is not the master of wife'.

The author is an advocate practicing in High Court of Kerala. Views are personal.