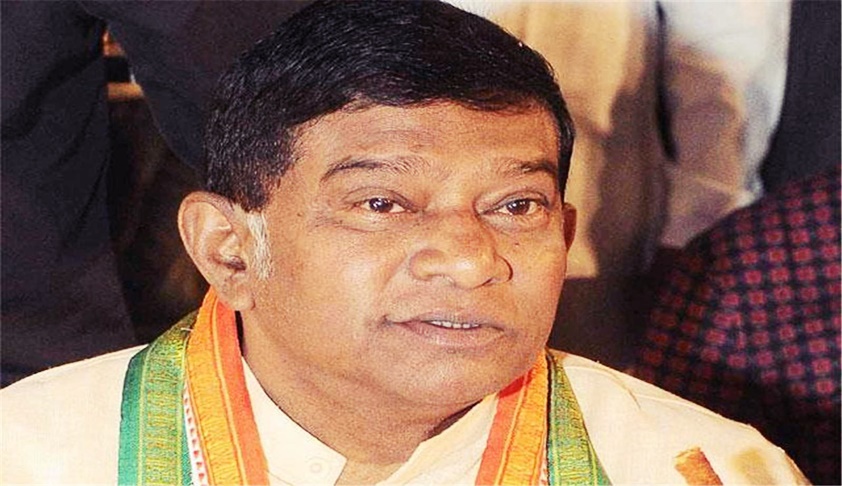 In a big relief to former Chief Minister Ajit Kumar Jogi, the Chhattisgarh High Court has upheld his petition challenging the decision of a high-powered certification scrutiny committee which had held that he had obtained certificate of Tribal status "Kanwar" to which he was not entitled.The court held that the reconstitution of the scrutiny committee itself was not proper and smacked...

In a big relief to former Chief Minister Ajit Kumar Jogi, the Chhattisgarh High Court has upheld his petition challenging the decision of a high-powered certification scrutiny committee which had held that he had obtained certificate of Tribal status "Kanwar" to which he was not entitled.

The court held that the reconstitution of the scrutiny committee itself was not proper and smacked of institutional arbritrariness.

A bench of Chief Justice Thottathil B Radhakrishnan and Justice Sharad Kumar Gupta also ordered reconstitution of the committee.

The committee gave its decisions as per the Chhattisgarh Scheduled Caste Scheduled Tribe And Other Backward Classes (Regulation Of Social Status Certification) Act, 2013, which came into effect in June, 2013.

Jogi's counsel senior advocate Brian da Silva criticised the procedure adopted in issuing the decision, the manner in which the scrutiny committee acted upon Vigilance report and its failure to accord opportunity to impeach that report which is said to have violated the requirements of rules and Acts in collecting data.

Institutional malice was also attributed as he said the committee was tailor-made to ensure that decision-making power was exclusively in the hands of one person.

Jogi had also alleged that he was not granted an opportunity to extend his case and the reconstitution of the scrutiny committee was also not notified.

The court before hearing the parties considered the material relied upon by the scrutiny committee.

It noted that in 2001, the National Commission for Scheduled Caste and Scheduled Tribe had called upon the state government to verify the genuineness of the certificate obtained by Ajit Jogi and take necessary action for its cancellation which led to the supreme court ordering verification in case titled Collector, Bilaspur vs Ajith Kumar Jogi in October, 2011.

The high court noted that the order by which the scrutiny committee was reconstituted was not a statutory notification and wasn't even published in the gazette.

The Advocate General, however, argued that non-publication in official gazette does not invalidate an administrative order when power to issue that order is referable.

The bench was, however, of the view that the committee that is constituted under the Act could not have been dissolved by a non statutory executive order.

It said that "when the constitution of a committee has to be made through a notification which is to be published in gazette, the said legislative command would carry with it the necessary corollary that such committee cannot be undone or superseded otherwise unless the statute sanctions such plain and simple executive exercise De hors the statute".

On Jogi's argument, the bench noted that the Act does not specify number of officers on the scrutiny committee but Section 7 does speak of the district-level certificate verification committee to have six officers, including chairman and member secretary.

It said, "the committee is understood as a group of people. It cannot be understood to be a bunch of offices which are manned by a single person.

"We say this in the context of the fact that a particular individual held office of special secretary to Tribal and Scheduled Tribes department, commissioner and also director of Tribal Research and Training institute. Keeping aside the plea of petitioner that the three persons who were holding those offices were transferred out and a single person was brought to be in charge of all three offices with extraneous and oblique motive of denying fairness to petitioner, we may say that the constitution of persons who are shown to have issued the impugned orders as a committee, that too in place of a statutory committee does not behove the tenents of real and true justice. It smacks of institutional arbitrariness which could be brimming on the different allegations raised in the petition," the bench went on to observe.

The court however refused to sit in judgement over contents of vigilance report and the material which was with the Vigilance committee saying it would be acting as statutory body in so doing.

Saying that the jurisdiction of high court under article 226 in such cases will be to see whether the committee has considered all relevant material placed before it or has not applied its mind, the bench added that once it has held that the scrutiny committee was not duly constituted, the order issued by it is quashed.

It directed that the proceedings shall be carried from the stage at which it had reached before nomination of officers of the committee as per order dated March 17, 2017.

It expressly stated that the 2017 order does not supersede the order published in gazette in year 2013.

Obhan & Associates Act On Okinawa Autotech's Joint Venture With Tacita
Latest News
+ More
1Hindu Succession Act - HUF Property Is Presumed For Be For Widow's Maintenance When She Has Its Settled & Exclusive Possession : Supreme Court
2Shiksha Karmis In Chhattisgarh Cannot Claim Parity In Pay-Scale With That of Municipal Teachers: Supreme Court
3'Ragging Is Antithetical To Equality': Calcutta HC Orders University Students To Pay Medical Expenses Of Injured Students, Engage In Community Service
4Weekly Round-Up of Tax Cases: May 15 To May 21
5A Candidate Has No Legal Right To Insist That The Recruitment Process Set In Motion Be Carried To Its Logical End : Supreme Court
6Women Leaving Law: What Is The Way Ahead?
7While Settling Claims, Insurance Company Should Not Seek Documents Which Are Beyond The Control Of Insured To Furnish: Supreme Court
8Registrar Of The Jharkhand Cooperative Society, Who Also Is The Ex-Officio Director Of The Respondent, Jharkhand High Court Says Appointment As Arbitrator Not Barred As Parties Had Agreed Earlier
लाइव लॉ हिंदी
+ More
International
+ More
1Abortion Laws In The US And Other Countries
2Leaked Draft Judgment Of US Supreme Court Indicates Overruling Of Roe v.Wade Abortion Rights Decision
3The Indian Connection With Pak Decision To Live-Stream Court Proceedings
4Russian Suspension At The Human Rights Council: Band-Aid On A Bullet Wound?
Environment
+ More
1Supreme Court Permits E-Rickshaws In Matheran As Pilot Project To Check Feasibility
2In Case Of Doubt, Protection Of Environment Would've Precedence Over Economic Interest: SC Revokes Approval For Doubling Castlerock to Kulem Railway Line
3NGT Bars Auroville Foundation From Township Construction Till Environmental Clearance Is Obtained
4Ghazipur Landfill Fire: NGT Says Dump Sites In Cities Are Like 'Time Bombs', Constitutes Joint Committee Headed By Former Delhi High Court Judge