Motor Accident Claims : 2018 Annual Round Up 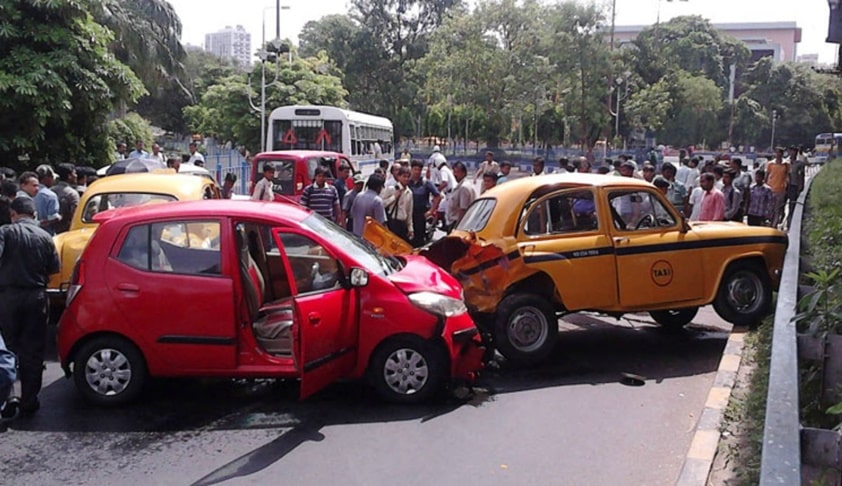 This is a compilation of major judgments of 2018 in the field of motor accident claims compensation.Owner as per RTO records liable for accident, if transfer is not recordedIn  Naveen Kumar vs Vijay Kumar and others, the SC reiterated the legal position that it is the registered owner of the vehicle as per RTO records who is liable for accident caused by the vehicle. Therefore, even if...

This is a compilation of major judgments of 2018 in the field of motor accident claims compensation.

Owner as per RTO records liable for accident, if transfer is not recorded

In  Naveen Kumar vs Vijay Kumar and others, the SC reiterated the legal position that it is the registered owner of the vehicle as per RTO records who is liable for accident caused by the vehicle. Therefore, even if the ownership of vehicle is transferred, if the transfer is not recorded in the RTO records, the original owner will continue to be liable.

Because, owner, as per Section 2(30) of the MV Act, is the registered owner. "The principle underlying the provisions of Section 2(30) is that the victim of a motor accident or, in the case of a death, the legal heirs of the deceased victim should not be left in a state of uncertainty. A claimant for compensation ought not to be burdened with following a trail of successive transfers, which are not registered with the registering authority", observed the SC.

Insurer will be absolved if transport vehicle had no permit

The SC held that if a transport vehicle plying without permit gets involved in an accident, the insurer will not be liable, as absence of permit is a statutory breach( Amrit Paul Singh and anothers v TATA AIG General Insurance)

Stationary vehicle can also cause accident

To incur liability under MV Act, it is not necessary that the vehicle was moving. As per Section 165 of the Act, to give rise to a claim for compensation, the accident need to "arise out of the use of the vehicle". “The word “use” has a wider connotation to cover the period when the vehicle is not moving and is stationary”, observed the Supreme Court, while sustaining the claim in relation to accident caused by a stationary tractor.

In this case, the battery of the tractor was used to power a blasting machine in a field. During the blasting operation, a rock fell on a passer by, causing his death. The SC held that the accident had causal link with "use of vehicle", and held the MACT claim to be maintainable.(Kalim Khan and others v Fimidabee and others)

On July 20, the Supreme Court ordered that third party insurance coverage of three years for cars and five years for two wheelers should be mandatory for all vehicles sold from September 1.

The direction was on the basis of decisions taken by the Supreme Court Committee on Road Safety, headed by former SC judge Justice K. S Radhakrishnan. The bench noted that in a meeting held by Committee on 26th March, 2018, it was recorded that there are about 18 crore vehicles plying on the road and only about 6 crore vehicles have the mandatory third party cover, which meant that 66% of the vehicles were plying without third party insurance (S Rajaseekaran v Union of India and others)

On August 28, IRDA issued a circular, putting in effect the SC direction.

The SC held that in cases of breach of statutory conditions of policy, the insurer will have to first pay compensation to the claimant and can recover the amount later from the insured owner. The insurer cannot seek absolute exoneration.

The SC set aside the HC judgment, which had quashed the Tribunal direction to the insurer to "pay and recover" in a case where the driver of the offending vehicle was found to have no driving license.  The HC completely exonerated the insurer ,relying on the SC decision in National Insurance Co Ltd v Parvathneni. In Parvathneni, the SC had referred to larger bench the issue whether directions to "pay and recover" could be given under Article 142 of the Constitution, in cases where insurer had no liability.

In the present case, the SC held that the questions raised in Parvathneni was no attracted. Because, this was a case of breach of policy condition, and not a case where policy did not cover the accident.(Shamana and another vs The Divisional Manager Oriental Insurance)

Disabled victim must be compensated for inability to lead full life

In a case relating to compensation claim for disability caused by accident, the SC held : "In cases of motor accidents leading to injuries and disablements, it is a well settled principle that a person must not only be compensated for his physical injury, but also for the non­pecuniary losses which he has suffered due to the injury. The Claimant is entitled to be compensated for his inability to lead a full life, and enjoy those things and amenities which he would have enjoyed, but for the injuries"

In this case, the SC accepted the statement given by the employer regarding the salary paid to the victim. The HC was criticised for taking a lower amount than the figure stated by the employer(Anant Son of Sidheshwar Dhukre v Pratap Son of Zhamnappa Lamzane and another)

Claim petition not maintainable for self-accident

The Supreme Court reiterated that when an owner-cum-driver of a vehicle is himself responsible for the accident caused, in which no other vehicle is involved; no claim petition will be maintainable under Motor Vehicles Act(National Insurance Co. Ltd. vs. Ashalata Bhowmik)

The Supreme Court held that in a case where a parent has lost their minor child, or unmarried son or daughter, the parents are entitled to compensation for loss of consortium under the head of filial consortium.

"An accident leading to the death of a child causes great shock and agony to the parents and family of the deceased. The greatest agony for a parent is to lose their child during their lifetime. Children are valued for their love, affection, companionship and their role in the family unit.”, observed the bench.

The bench further said the amount of compensation to be awarded as consortium would be governed by the principles of awarding compensation under ‘Loss of Consortium’ as laid down by the constitution bench in Pranay Sethi case. ( Magma General Insurance Co Ltd vs Nanu Ram Alias Churhu Ram and others)

The Supreme Court reiterated that the High court while sitting in appeal above a MACT order, should assign the reasons for not granting enhancement of compensation and/or its reduction(Sudarsan Puhan vs. Jayanta Ku. Mohanty).

Procedural lapses should not result in denial of compensation

Motor Vehicles Act is a beneficial legislation, and procedural lapses in conduct of case should not result in denial of compensation. "The Act is designed in a manner, which relieves the victims from ensuring strict compliance provided in law, which are otherwise applicable to the suits and other proceedings while prosecuting the claim petition filed under the Act for claiming compensation for the loss sustained by them in the accident", observed the Court (Vimla Devi v National Insurance Co Ltd and others).

Compensation can be awarded in excess of the claim.

It was held by SC that there was no restriction to award compensation exceeding the amount claimed by the claimants, as the "function of the Tribunal or Court under Section 168 of the Motor Vehicles Act, 1988 is to award “just compensation” (Ramla v National Insurance Co Ltd and others)

Salary certificate not the only basis for computing income

The Supreme Court in United India Insurance Co Ltd v Indiro Devi has held that salary certificate need not be the only basis to assess income of the deceased for arriving at a just and fair compensation to be paid to the claimants for the loss of life.

The SC upheld a Punjab and Haryana High Court judgment that had taken the income of the deceased as found in the income tax assessment and increased the compensation awarded by the tribunal.

Academic qualifications not the only criteria to determine future prospects, Tripura HC

While upholding compensation awarded by the Motor Accident Claims Tribunal (MACT) to a student who suffered accident, the Tripura High Court has observed that academic qualification cannot be the sole criteria to determine the merits of a person and there should not be any discrimination in determining the loss of earning capacity on account of disability occurred due to road traffic accident, particularly, when claimant-victims are students.

"‘In our country, there are so many instances that a person with less academic career has become a successful industrialist and even participated in generating the economic growth of the nation", observed the HC ( New India Assurance Co Ltd v Sri Bapi Debbarma and others)

The five judges' bench was constituted to consider the correctness of decision of a three judges' bench in Augustine vs Ayyappankutty 2015(2) KLT 139, which held that lack of fitness certificate was only a technical breach and that insurer cannot seek exoneration from liability on that ground.

"Certificate of Registration, existence of valid Permit and availability of Fitness Certificate, all throughout, are closely interlinked in case of a transport vehicle and one requirement cannot be segregated from another", the Full Bench held overruling three judges' bench decision in Augustine vs. Ayyappankutty ( Pareed Pillai v Oriental Insurance Co Ltd )

The burden is on insurer to prove that it had intimated the insured about cancellation of policy, Kerala HC 3 Judges' bench

The Full Bench of the High Court of Kerala clarified that once the insurer shows that it has intimated the cancellation of insurance policy to the insured through post addressed to him, then the burden to show that the intimation was not received shifts to the insured. The Court was considering third party insurance policy under the Motor Vehicles Act.

The Allahabad High Court held that Section 24 of the Code of Civil Procedure cannot be invoked to seek transfer of claim petition pending before the Motor Accident Claims Tribunal.

‘Since a Claims Tribunal is created by a notification of the State Government under the provisions of the Motor Vehicles Act, it cannot be said that such Tribunal is a Court subordinate to the High Court’, reasoned the Court.

The Madras High Court  reiterated that insurance companies cannot be held liable to compensate for deaths or injuries to unauthorised/ gratuitous passengers in goods or transport vehicles.