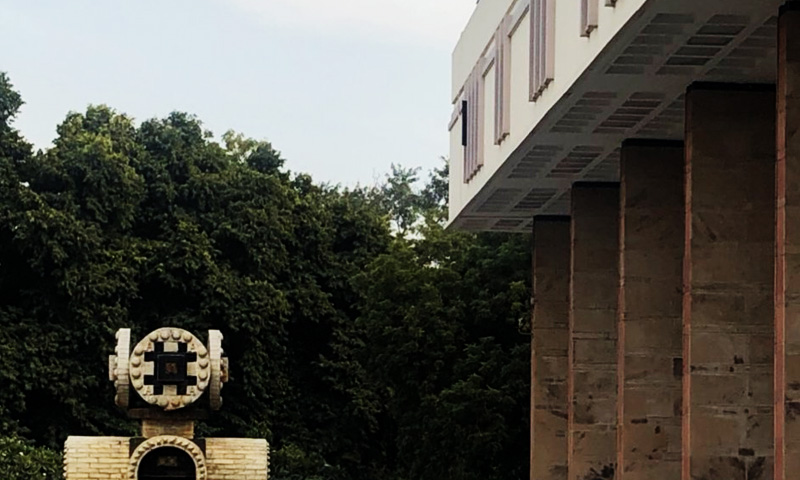 In a recent decision, the single bench of the Delhi High Court held that, in service matters the High Court lacks original jurisdiction under Article 226 of the Constitution. The bench of Justice Jyothi Singh, by placing reliance on the landmark apex court decision in L.Chandra Kumar v. Union of India (1997) 3 SCC 261 observed that , "It is clear that after the authoritative pronouncement...

In a recent decision, the single bench of the Delhi High Court held that, in service matters the High Court lacks original jurisdiction under Article 226 of the Constitution.

The bench of Justice Jyothi Singh, by placing reliance on the landmark apex court decision in L.Chandra Kumar v. Union of India (1997) 3 SCC 261 observed that , "It is clear that after the authoritative pronouncement of the Constitution Bench of the Supreme Court, this Court cannot entertain the present petition and remedy of the Petitioner lies only before the Central Administrative Tribunal. The principles laid down in L. Chandra Kumar (supra) are binding on this Court in view of Article 141 of the Constitution of India"

The Petitioner was a 1986 batch IPS officer from the Haryana Cadre and during 2018 a vacancy in the post of Director General of Police (DGP ) had reported. The State of Haryana included the name of the petitioner for the purpose of sending it to the UPSC for consideration and empanelment. In the list of empanelled IPS officers released by the UPSC. the name of the petitioner was not included. The petitioner had initially filed a Writ petition under Article 32 before the Supreme Court and got dismissed. Subsequently, the appellant filed another petition before the High Court under Article 226.

Senior Advocate r Mr. Arvind Varma and Advocate Ms. Aditi Mohan, appearing for the petitioner submitted that "Existence of an alternate remedy was not a bar on entertaining the petition by a Writ Court and is a rule of Self Imposed Limitation."

"The principle of exhaustion of efficacious alternate statutory remedy vis a vis exercise of writ jurisdiction was merely a rule of prudence and discretion rather than rule of law", they contended.

Jurisdiction of the HC in Service Matters.

The Court had clarified the law regarding the jurisdiction of the High Court in entertaining a service matter. The Court had observed that,"in the opinion of this Court, that in relation to service matters covered under the Act, there is an ouster of jurisdiction of the High Court as a Court of 'first instance' and the Tribunal is not an 'alternative', but is the 'only' Forum available to the Petitioner. It is neither a matter of 'choice' for the Petitioner to approach the Tribunal, nor is it a matter of discretion with this Court to entertain the petition"

The Court further asserted that, "There cannot be a doubt on the proposition canvassed by Learned Senior Counsel that jurisdiction conferred on High Courts under Article 226 of the Constitution of India is an inviolable basic framework of our Constitution, however, with respect to service matters of the employees covered under the Act, High Courts cannot exercise jurisdiction in the first instance. As enunciated by the Supreme Court, all decisions of the Tribunal are subject to scrutiny by a Division Bench of the concerned High Court and it is at this stage that High Court exercises its power of Judicial Review "

The Apex Court had set the law regarding the jurisdiction of the Tribunals and the High Court s in entertaining service matters, the Court observed as follows :

(1) The Tribunals are competent to hear matters where the vires of statutory provisions are questioned. In discharging this duty, they cannot act as substitutes for the High Courts and the Supreme Court which have, under our constitutional set-up, been specifically entrusted with such an obligation.

(2) The function of Tribunals in this respect is only supplementary and all such decisions of the Tribunals will be subject to scrutiny before a Division Bench of the respective High Courts.

(3) The Tribunals will consequently also have the power to test the vires of subordinate legislations and rules. However, this power of the Tribunals will be subject to one important exception. The Tribunals shall not entertain any question regarding the vires of their parent statutes following the settled principle that a Tribunal which is a creature of an Act cannot declare that very Act to be unconstitutional.

(4) Tribunals will, however, continue to act as the only courts of first instance in respect of the areas of law for which they have been constituted.

(5) it will not be open for litigants to directly approach the High Courts even in cases where they question the vires of statutory legislations (except, as mentioned, where the legislation which creates the particular Tribunal is challenged) by overlooking the jurisdiction of the Tribunal concerned.

The petitioner had contended that the case is been pending before the court since March 2019 and the same should be considered as a valid ground to hold the petition maintainable. The court has observed that, "The argument that the petition has been pending in this Court since March, 2019 and should be entertained, no doubt appeals at first blush, but cannot be sustained due to lack of jurisdiction. No Court can usurp a jurisdiction, it lacks and I am afraid, this plea does not take the case of the Petitioner forward"

The Court dismissed the petition by giving the petitioner his liberty to approach the Central Administrative tribunal for the determination of his grievance.

"In view of the judgement in (L. Chandra Kumar) (supra) and Section 14(1) read with Section 3(q) of the Act, present Petition is not maintainable in this Court and is accordingly dismissed It would, however, be open to the Petitioner to approach the Central Administrative Tribunal for determination of his grievances on merits", asserted by the court.