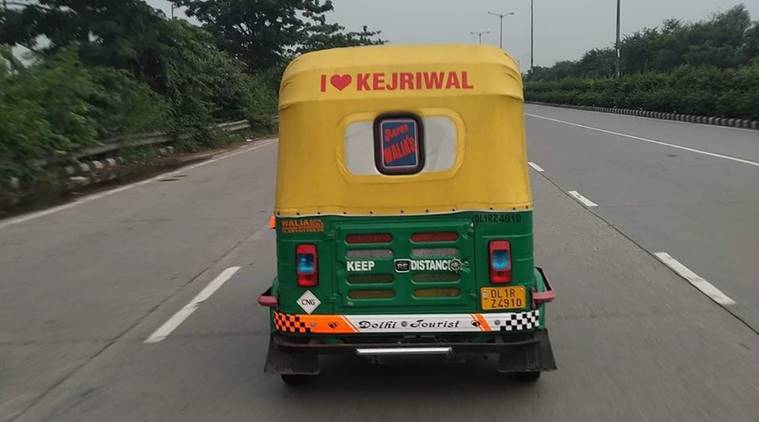 Delhi High Court has issued a notice in a plea challenging the issuance of a challan to an auto-rickshaw driver who had 'I Love Kejriwal' written on the back of his vehicle.

The notice was issued by the Single Bench of Justice Navin Chawla.

The Petitioner believes that such issuance of challan not only violates his fundamental rights under Articles 14 and 21 of the Constitution, but it also illegally interferes with his right to free speech.

The Petitioner here is an autorickshaw driver who had 'I Love Kejriwal' and 'Sirf Kejriwal' written on the back of his vehicle since September 2019, out of his own free will and without any monetary inducement.

In light of the upcoming Delhi Legislative Assembly elections, Model Code of Conduct was imposed in the capital from January 14, 2020.

On January 15, the Petitioner was riding his autorickshaw when he was stopped by the traffic police personnel. A challan was then issued to the Petitioner under 66(1) of the Motor Vehicles Act, which amounted to Rs 10,000.

The said challan was issued for the 'I Love Kejriwal' marking on the autorickshaw, on the ground of it amounting to a 'political advertisement' exercised during the model code of conduct.

Petitioner had informed the traffic police that the said marking was put out of his own free will and without any inducement from the Aam Admi Party. He also said that the same was not put for the purpose of carrying out political advertisements.

Petitioner, has therefore, alleged that the issuance of the challan is motivated by political malice and lacks any proper justification.

It is also submitted that the Petitioner has not violated section 66(1) of the Motor Vehicles Act, as he received no monetary or any other benefit for putting such a marking behind his vehicle.

Further, it is submitted that having such a mark behind his vehicle doesn't constitute any misuse, impermissible act, an undue harassment to public or hindrance to free and fair elections.