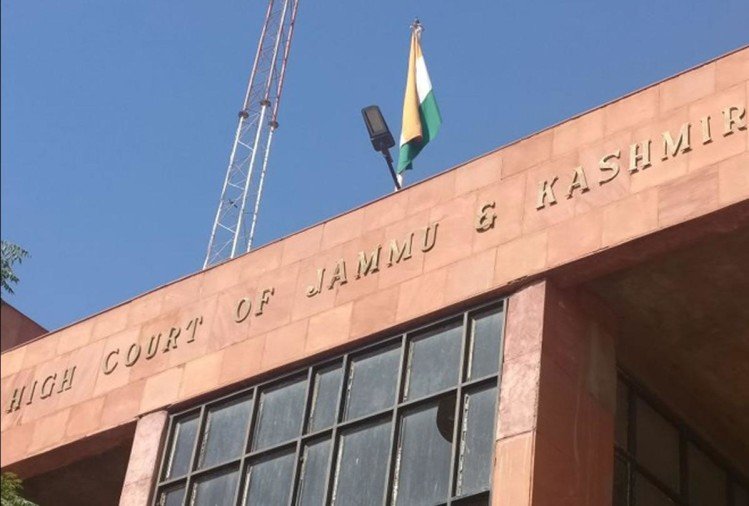 The Jammu and Kashmir and Ladakh High Court today ruled that a temporary employee also stands protected under the provisions of Article 311 of the Constitution of India and cannot be terminated without conducting proper enquiry. Since no enquiry was held against the petitioner in this case, nor he was given an opportunity of being heard, hence a bench comprising Justice Mohan...

The Jammu and Kashmir and Ladakh High Court today ruled that a temporary employee also stands protected under the provisions of Article 311 of the Constitution of India and cannot be terminated without conducting proper enquiry.

The court was hearing a plea whereby the petitioner had challenged the order of respondent CRPF in terms of which the services of petitioner had been terminated w.e.f. 27-04-2002.

The petitioner further submitted is further that merely saying that the service of petitioner are not required are not sufficient unless it is stated as to why his services are not required. Moreover the respondents have wrongly applied rules 5 of Temporary Rules 1965 as the petitioner has to be governed by Rule 16 of CRPF Act.

Contesting the plea the respondents argued that appointment of the petitioner in the force was purely temporary basis and liable to be terminated at any time without assigning any reasons and these conditions were also incorporated in the letter addressed to the petitioner under the subject "offer of appointment for the post of Constable", which he voluntarily had accepted.

Adjudicating on the matter the court had two substantial questions of law for consideration :-

(i) Whether the petitioner who was put on probation could be terminated from services by the respondents without conducting the enquiry as envisaged under Article 311 of Constitution of India?

(ii) Whether the court is empowered to go beyond the order and to see whether the order is made as camouflage for an order of dismissal for reasons other then what appears on the face of the record? .

Answering the first question the court observed that the impugned order of termination depicts that the services of petitioner have been terminated forthwith without assigning any reasons for termination of the petitioner, who being a temporary employee is also protected under the provisions of Article 311 of the Constitution of India and could not have been terminated without conducting proper enquiry.

Discarding the argument for the respondents that that a temporary member of the force would be liable to be terminated/ discharged with one months notice both under rule 16 of CRPF Rules of 1955 as well as Rule 5 of the CCS Temporary Rules of 1965, and in view of Rule 4 & 5 of Central Civil Service (Temporary Service) Rule 1965, to terminate service of the temporary employee the order of termination passed by appointing authority should not mention the reason for such termination, the bench observed that special rules will always override the general law. The general law can only be invoked once the rules are silent. The petitioner was governed by Rule 16 of CRPF Rules for the purpose of ordering his termination which contemplates that all the members of force shall be enrolled for a period of 3 years and during this period of engagement shall be liable to be discharged at any time on one months notice by the appointing authority. Instead of applying the said rule, respondents have invoked Rule 5 of Central Services (Temporary Services) Rule 1965 by giving pay and allowance for the period of notice and this in my considered opinion could not be done, the bench observed.

While dealing with the second moot question as to whether the court is empowered to go beyond the order and to see whether the order is made as a camouflage for an order of dismissal for reasons other than what appear on the face of order", the bench found it worthwhile to place reliance on supreme court judgement in In Gujrat Steel Tubes Ltd. Vs. Gujrat Steel Tubes Mazdoor Sabha (AIR 1980 SC 1876)wherein the Doctrine of Lifting of the viel was first expounded. SC had therein observed.

Allowing the petition the court quashed the impugned order of the termination of the petitioner from services for being violative of Rule 16 of CRPF Rules r/w Articles 14, 16 & 311 of the Constitution of India. It is commanded/directed that the respondents shall reinstate the petitioner forthwith, allow him to perform his duties as provided under rules, however, the petitioner is entitled to notional promotions from the date of his termination from services, the bench concluded.