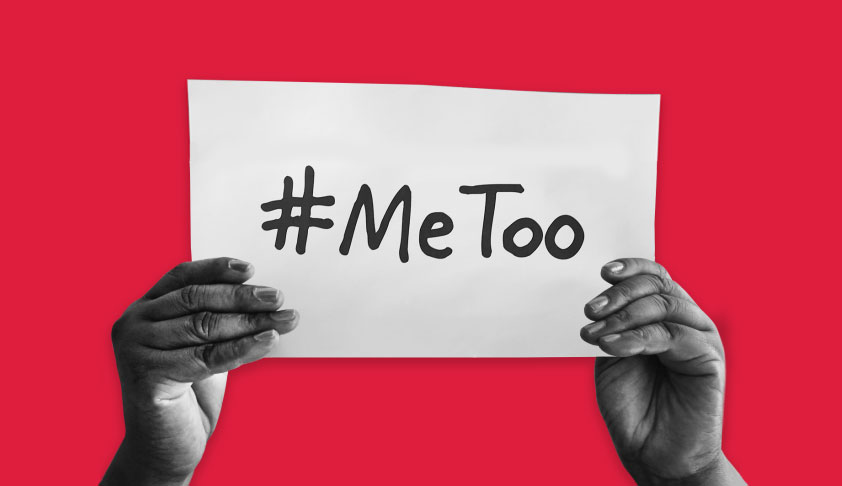 x
Acknowledgement of the realities behind a woman's silence is the need of the hour.

Last week, the Bombay High Court quashed the criminal proceedings against investor Mahesh Murthy on allegations of outraging modesty of a woman 14 years ago on the grounds of limitation, noting that continuance of the said proceedings would be an abuse of process of law. The FIR was registered for offences punishable under sections 354 and 509 on the Indian penal code in March 2018. The...

Last week, the Bombay High Court quashed the criminal proceedings against investor Mahesh Murthy on allegations of outraging modesty of a woman 14 years ago on the grounds of limitation, noting that continuance of the said proceedings would be an abuse of process of law. The FIR was registered for offences punishable under sections 354 and 509 on the Indian penal code in March 2018. The alleged crime is said to have occurred in February 2004. The court ruled in favour of the petition submitted by Murthy's lawyer in the High Court to quash the criminal proceedings against Murthy. The petitioner argued that even if the allegations made in the FIR are taken on face value, the same are barred by limitation and therefore cognizance could not have been taken. And the defendants argued that the criminal proceedings can transpire according to section 473 of the CrPC.

Limitation period is a period set by a code or a statute, after which a legal action cannot be brought or a right enforced. As per section 473 of the Criminal Procedure Code, 1974,  any Court may take cognizance of an offence after the expiry of the period of limitation, if it is satisfied on the facts and in the circumstances of the case that the delay has been properly explained or that it is necessary so to do in the interests of justice.

Here, the court stated that, the said FIR came to be filed 14 years after the occurrence of the incident in question and 11 years after the expiration of the period of limitation. The court further noticed that that the delay was not explained, and the magistrate had not stated any reasons for condoning the same in the interests of justice. Thus, the criminal proceedings were quashed, and the petition was allowed.

Even though the charge sheet had stated that the accused was a serial sexual offender, the entire criminal proceeding was rendered invalid on the singular plea of limitation. A question thus arises that, in cases of offenses against women, especially offences that are punishable for imprisonment for a term exceeding one year, should there be a limitation thus kept.

In sexual harassment cases, victims may be wary of coming forward with complaints due to social stigma. Most of these crimes take place in the workplace where the perpetrators hold a dominating position over the victims and thus the victims are discouraged to come forward with their complaints. In this case, the HC ought not to have taken such a technical approach. The magistrate did not record special reasons for condoning delay, but the HC did not independently assess the situation to see if any such special circumstances existed. The HC could have at least remanded the matter to the original authority, the magistrate, to ascertain if any special reasons existed for condoning the delay. This was important, especially in the light of the fact that the investigation did lead to conclusion that the accused was a serial sexual offender. Such a case being quashed based on limitation is a serious contradiction to the principles of natural justice.

A delay in filing a complaint against the offender in criminal cases has adverse effects. It is usually argued that knowing that a crime is being committed and then remaining silent on it means that by your conduct you have already condoned the act by not initiating any action. In a society where victim shaming is prevalent, and there is such pressure on the victims to not come forward, the least the Courts could do is ask the party to furnish reasons for ignoring limitation. Research indicates that, even in countries with proper laws that penalises such offenses, most victims do not speak out. One of the main hindrances to understanding the true prevalence of sexual harassment and to tackling the problem is the low incidence of reporting.

Women often feel that no one will take an action against the atrocity committed. If a woman is harassed in her workplace and the management does not take proper actions, and provide the victim support, other women will feel vulnerable and are dissuaded from speaking out too.

"Blaming the victim" has historically been a strategy in countering rape and sexual harassment charges. Women are told they "invited" the rape or harassment by their dress or demeanor. Because women have seen this happen to others, they have a good reason to believe it will also happen to them. There is a fear deep rooted in a woman's mind, that is a seed planted by patriarchy. It's not only that they won't be believed, but also that they will be blamed.

Also, since many women have little choice about where they work, they find it obligatory to put up with a situation that they feel they cannot change. "What can't be cured must be endured" is too often the case with victims of sexual harassment.

Sexual harassment is a manifestation of power relations. Women are more likely to be victims of sexual harassment precisely because they lack power as compared to men, are in more vulnerable and insecure positions, lack self-confidence, or have been socialized to be reticent and suffer in silence.

The #MeToo movement and the #TimesUp movement was a huge wave that hit every institution globally. The #MeToo movement lead to women coming out with their experiences with sexual harassment all over the world. Most of these crimes had occurred ages ago. Many women opened up about them being sexually harassed or raped as a minor. Most were scared to speak up and others were clueless about the reality of the incident and weren't aware of how it affects them.

In cases of incidents that had occurred in their workplace, women who are the victims, are usually in lower in position as compared to the harasser, who is usually in a dominating position. Which makes it impossible for a woman to complain as the entire organisation will be hostile towards her. The problem of sexual harassment relates to the roles which are attributed to men and women in social and economic life, which, in turn, directly or indirectly, affects women's positions in the labour market.

In Harvey Weinstein's case itself, over eighty women in the film industry accused him of offences dated to three decades back. If the court sets limitation upon these cases, the court would not just deny justice to those who were forced to suffer in silence, but also let a habitual offender like him get way with the crimes that he committed.

The #MeToo movement in India started around the same time, with a lot of actors and actresses coming out with their casting couch experiences, and a lot of women talking about their experiences in workplace and otherwise.The #MeToo movement lead to the outing of men of all ages and statures. The haunting and powerful accounts of the survivors kept on inspiring more women to come out. This led to a massive increase in the number of complaints filed against men for harassment. It is only then that the victims finally found their voice and decided to exercise their constitutionally given rights, because this movement proved that they aren't alone, and a colossal number of people are willing to support them and hear them out.So,consequently, in some cases, the survivors finally came out in the open after 20 years or so.

Priya Ramani's sexual harassment allegation against the then union minister, MJ Akbar, and the allegation against the Chief Justice of India, Ranjan Gogoi, by a former supreme court staffer are the two most prominent sexual harassment cases currently. Both these allegations are against two extremely powerful men. Akbar has filed a criminal defamation case against Priya Ramani, in which trial is going on. In the case of CJI, an internal committee of the Supreme Court cleared him of the allegations, after a procedure, which was widely criticized as unfair and biased. The complainant had walked out of the enquiry proceeding expressing concerns about the neutrality of the committee.

The limitation period is a rather unjust barricade in cases where the accused is someone like MJ Akbar, who was a powerful media personality first and then a politician who was a union minister. These are strong grounds to argue why the survivors were unable to come forward till now. This further discourages the already discouraged women to come forward and advocate their case. When they don't speak up, the perpetrators will attack another woman, and the cycle will continue. This makes it very essential for the victim to speak out.

According to Supreme Court advocate Karuna Nundy, a case can be made to extend the limitation period even for cases like Ghazala Wahab's, which took place 21 years ago, given that "women complain years later for very good reason, usually lack of support within and outside the justice system, as well as a justified fear of backlash, violence and discrimination."

The courts should be willing to take a liberal approach when it comes to limitations in cases of rape and sexual harassment. Acknowledgement of the realities behind a woman's silence is the need of the hour. In cases such as these, a completely technical approach should be circumvented, and the courts should let natural justice and good conscience prevail. These cases will set a strong precedent and therefore should be about deterrence.

Many theories in jurisprudence support the enactment of laws to encourage a protective discrimination in order to protect women and ensure equality. So, it's safe to conclude that it's high time that such a step to eliminate the limitation to complaints for crimes against women. Everyone deserves to demand justice. When a woman fights for equality and protection of her rights, she is setting the battlefield and fighting for every woman, and the courts must ensure that she is heard, and justice prevails.

(The author is a fourth year law student of Govt Law College, Ernakulam, and may be reached at [email protected] She tweets at @RantingDosa)