Police Officers Need To Be Specially Trained To Deal With Sexual Assault And Rape Cases; NHRC Seeks Report On SOP From Centre, States 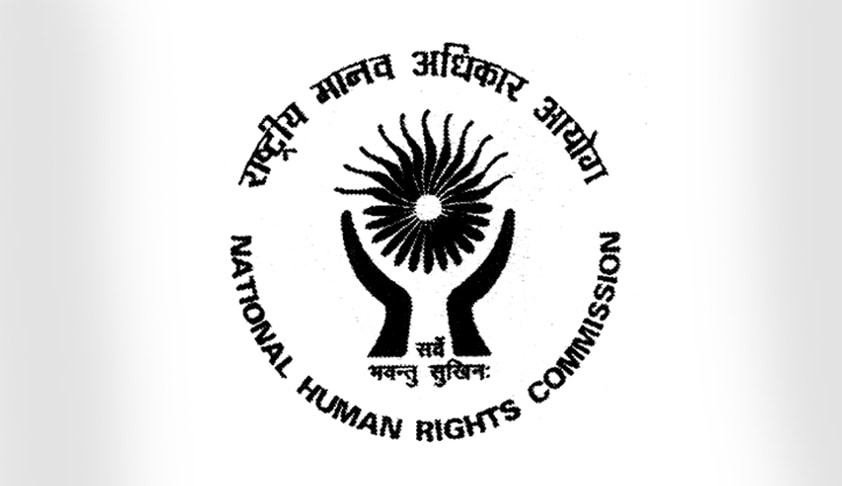 The National Human Rights Commission on Monday expressed serious concern over the rising incidents of sexual assault in the country and taking suo-motu cognizance of media reports, issued a notice to Centre, States and UTs calling for a report on Standard Operating procedure in place for dealing with such sensitive cases and use of the Nirbhaya fund. In a press release, NHRC...

The National Human Rights Commission on Monday expressed serious concern over the rising incidents of sexual assault in the country and taking suo-motu cognizance of media reports, issued a notice to Centre, States and UTs calling for a report on Standard Operating procedure in place for dealing with such sensitive cases and use of the Nirbhaya fund.

In a press release, NHRC said-

"The largest democracy of the world, which has adopted the longest written constitution and has a rich cultural heritage of gender equality, is today being criticized for having the most unsafe environment for women. The incidents of rapes, molestation, gender-based discrimination and other such atrocities against women have, unfortunately, become routine media headlines.

There have been constitutional and statutory provisions to ensure that the women are not subjected to any kind of discrimination and harassment but there is an alarming trend indicating that the things are getting worse amounting to violation of right to life, liberty, dignity and equality of women across the country.

Recently, a number of such cases have been reported by the media wherein, the women have been subjected to sexual abuse, utmost cruelty and inhuman treatment by the perpetrators showing grave disrespect towards law. There have been instances where the incidents have been reportedly, occurred due to gross negligence by the administration and the law enforcing public agencies."

Referring to the case of a 26-year-old girl in Telangana who was reportedly, brutally gangraped and killed by four accused persons, NHRC says-

"The culprits not only outraged the dignity of the victim but also killed her and burnt her body. As per media reports, the brother of the victim had approached the Shamshabad police station at around 11.00 PM reporting that his sister is unreachable for the last two hours but his worries were shrugged off by the police personnel and after occurrence of the incident, the FIR was also registered after delay. Though the accused have been arrested but had the timely action been taken by the police, the gruesome incident could, perhaps, be stopped."

The Commission also referred to the recent gangrape of a law student in Jharkhand. The victim was abducted from a bus stop  at gunpoint by two men and later gang raped by 12 men.

"In another media report, carried today on 02.12.2019, a 6-year-old girl was and strangled with her school belt in Rajasthan on 01.12.2019. The victim was reportedly missing since the previous day. The police have not made any arrest in this case. There have been number of such cases occurred across the country during the recent past. All these incidents have indicated that making stringent laws and funds for the victims alone cannot change the scenario unless the police officers are specially trained and their attitude towards women's issues also changes.

There seems to be lack of "Standard Operating Procedure" (SOP) to deal with such kind of incidents and panic situations. It is alleged that whenever anyone goes to a police station for help after disappearance a major or minor female member, the answer of the police officials generally remains that she might have gone with someone. This humiliating and stereotype mindset is needed to be changed. There is need to effectively address the core issue as this serious challenge has not only created an atmosphere of fear and uncertainty in our society but has also badly tarnishing the image of our country."

Thereafter, NHRC observed that the Nirbhaya fund, which was started to ensure women's safety in the country, has been reduced and not being utilized appropriately by State governments-

"A news report, carried today on 2.12.2019 reveals that since the year 2014, the UT of Chandigarh has been given a sum of rupees 7.46 crores under Nirbhaya Fund but the administration has spent only 2.60 crore out of it. Mere announcements of schemes, making of laws and formation of funds are not going to serve the purpose unless these are properly implemented."

The Commission, knowing that the subject is being looked into by various fora, has issued notices to the Chief Secretaries of all the States and UTs calling for a report within 6 weeks about the status of Nirbhaya Fund in their states including the details about availability of the fund and the money spent, during last 3 years.

The Commission has also issued notices to the Directors General of Police of all the states and UTs calling for their response within 6 weeks about the Standard Operating Procedure and the best practices adopted by them to deal with the matters relating to sexual abuse and atrocities against women including the details of the action taken against the police officers/officials found insensitive and guilty of negligence towards issues related to women.