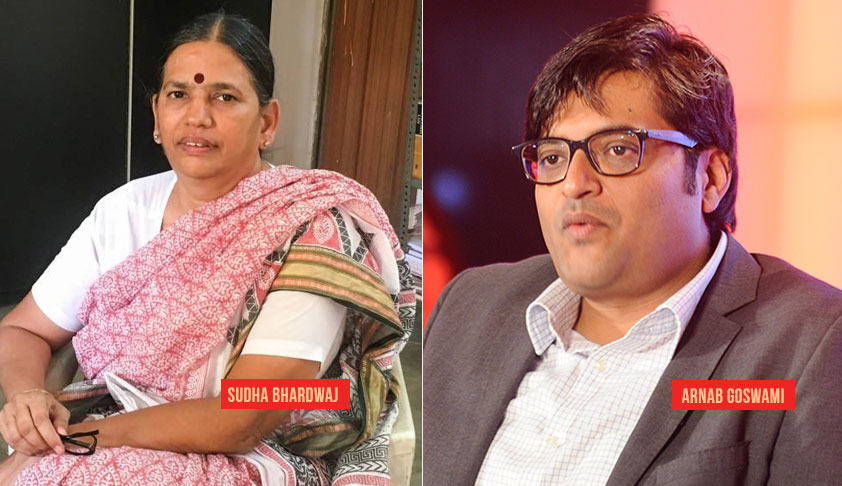 PUCL also urges NHRC to act against malicious attacks on human rights defendersThe People’s Union for Civil Liberties (PUCL) has condemned the “malicious, fabricated and motivated attack” by Republic TV on its national secretary Sudha Bharadwaj and has called upon the news channel to furnish an unconditional apology to her.The PUCL, in a public statement, said it was “extremely proud...

The People’s Union for Civil Liberties (PUCL) has condemned the “malicious, fabricated and motivated attack” by Republic TV on its national secretary Sudha Bharadwaj and has called upon the news channel to furnish an unconditional apology to her.

The PUCL, in a public statement, said it was “extremely proud to have advocate Sudha Bharadwaj as its member” and that it stood in solidarity with her.

“The PUCL strongly condemns the recent fabricated, malicious and motivated attacks against Advocate Sudha Bharadwaj and other human rights defenders, by Republic TV and its anchor Ms. Shivani Gupta, Deputy Editor Mr. Shawan Sen and its Managing Director, Mr. Arnab Goswami, by way of a series of programmes presented on Republic TV on 4th July 2018 as ‘Super Exclusive Breaking News’,” said a public statement issued by it.

Dismissing the news wherein the channel had claimed that Bharadwaj had written a letter to a Maoist named Comrade Prakash stating that Kashmir-like situation has to be created, the PUCL said, “The letter has been used by the channel to label lawyers and human rights defenders as ‘Urban Naxals’ and attempts to establish links with Kashmir separatist groups”.

It also referred to similar allegations made against other human rights defenders and lawyers, including senior human rights activist and People's Union for Democratic Rights  (PUDR) founder Gautam Navlakha, “telecast in Part 2 of the programme, via a second letter supposedly procured by the Channel. As if that was not enough, it was followed by a national debate on Prime Time TV at 9 p.m. that day hosted by the channel’s anchor, Shivani Gupta”.

The PUCL said: “Advocate Sudha Bharadwaj’s consistent and selfless work in the field of human rights, speaks for itself, and is evidence of her pro-people positions at all times. As a human rights lawyer, she has appeared in cases of habeas corpus and fake encounters of Adivasis in the High Court of Chhattisgarh and also made representations to the National Human Rights Commission in the defence of many human rights defenders.

“Recently the NHRC sought her assistance in investigating a case in Village Kondasawali (Sukma, Chhattisgarh). We are unequivocal in stating that her brave and relentless efforts to contest human rights violations by the state and her defence of human rights defenders, stands in opposition to the ethos of Republic TV and its owners”.

“It is clear that this vicious and fabricated campaign was done to malign her image and reputation and cause her both personal and professional harm and injury. We wish to reiterate that the tenor and shrill nature of the Republic TV report gives the clear impression that they are also acting as mouthpiece and agents of investigating agencies, who have no compunction in twisting and subverting the law. All of this goes against the National Broadcasters Standards Authority (NBSA) Guidelines on Broadcast of Potentially Defamatory Content,” said PUCL.

The statement follows one by Bharadwaj and another a statement condemning the attack on Bharadwaj signed by intellectuals with over 50 endorsements from the likes of filmmaker Saba Dewan, advocate Prashant Bhushan and others.

Some of the demands made by PUCL in the light of this development are: