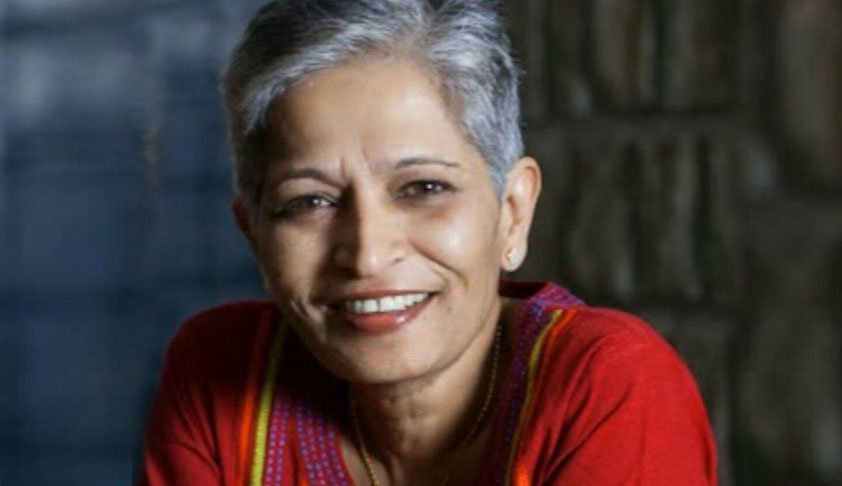 While hearing the matter regarding the investigations into the murder of rationalists Narendra Dabholkar and Govind Pansare, the Bombay High Court referred to the murder of senior journalist Gauri Lankesh in Bengaluru on September 5 and said: “People with liberal values and principles are being targeted. It’s like if there is any opposition to me, I shall have that eliminated. This is a dangerous trend which is giving a bad name to our country.”

A bench headed by Justice SC Dharmadhikari noted that although the investigating agencies were making efforts to nab the perpetrators, no concrete results have been yielded. This was after the CBI submitted a status report on the Dabholkar murder probe and the Maharashtra CID submitted its status report in the Pansare murder case on Thursday.

“While your efforts are genuine, the fact remains that the prime accused are still absconding. In between every adjournment in the case, one more precious life is being lost. One more precious life was lost last month when in an unfortunate incident, a liberal, like-minded person was killed in Bengaluru,” said Justice Dharmadhikari referring to the murder of Gauri Lankesh.

Previously, the CBI was probing a link between the murders of MM Kalburgi and Dabholkar-Pansare. Dabholkar was murdered in 2013, while Pansare and Kalburgi were killed in 2015. Kalburgi was a Kannada writer, who, like Dabholkar, spoke against superstitious practices.

Parallels are being drawn between the murders of MM Kalburgi and Gauri Lankesh since both were killed from a close range by assailants outside their homes.

While the CBI has named Virendra Tawde as the key conspirator in Dabholkar’s killing, Sarang Akolkar and Vinay Pawar, both members of the Sanatan Sanstha, are the two men identified by the CBI as shooters who killed Dabholkar in 2013.

Sameer Gaikwad, another member of the Sanstha who was arrested in connection with the murder of Govind Pansare, is currently out on bail.

Counsel for the families of Pansare and Dabholkar in the case Abhay Nevgi submitted that the investigating agencies had failed to deliver and the National Investigation Agency should be impleaded as a party in the case. It was also argued that the agencies were not thoroughly investigating Sanatan Sanstha.

This request was rejected by the court and Justice Dharmadhikari emphasised that he (Nevgi) was mistaken if he thinks Santan Sanstha was not being investigated.

Without divulging any details about the sealed reports submitted before the court by the agencies, it assured the petitioners (families) and said they must have faith in the judiciary and the investigating agencies.