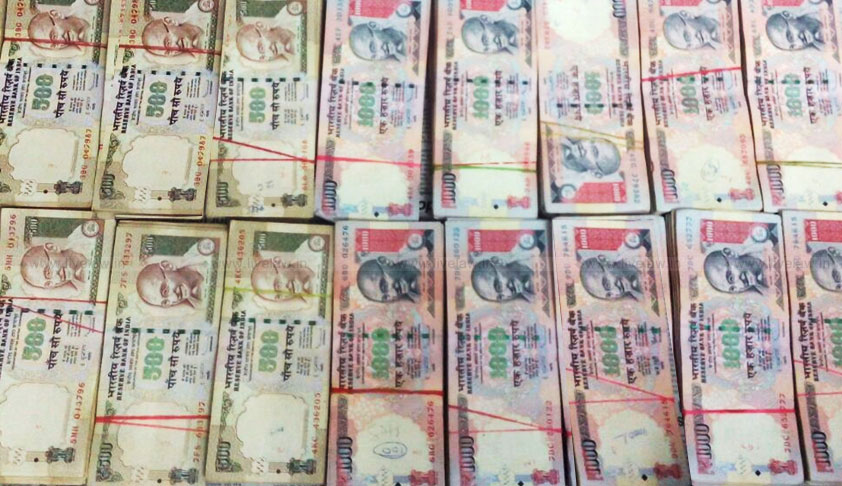 Supreme Court of India on Friday has referred 14 petitions relating to ‘demonetisation’ for the consideration of the Constitution Bench.

While some petitions challenged constitutional validity of ‘demonetisation’, others have sought more time to deposit the demonetized notes

The petitioners who filed the petitions seeking further time to deposit old notes had submitted that if the court's decision is delayed the Centre may take criminal action.

When some petitioners urged court to begin hearing on pleas seeking quashing of several "arbitrary" circulars and ordinances, Chief Justice Dipak Misra asked "how can we do that? We haven't decided on constitutional validity yet".

The validity of demonetisation had been referred to a Constitution Bench by then Chief Justice T S Thakur.

The Centre had on July 17 told the Supreme Court that no more grace period will be granted for depositing the scrapped Rs 500 and Rs 1,000 notes, saying the very object of demonetisation and elimination of black money will be defeated if a fresh window is given.

The Centre was responding to the July 4 directive by a bench headed by Chief Justice J S Khehar asking it to consider granting a window to those who have not been able to exchange the scrapped notes for genuine reasons.

The apex court had said that people should not lose their own money for no fault of theirs.

'The very object of demonetisation and elimination of black money will be defeated if a window is opened for a further period as the persons in possession of the specified bank notes (scrapped notes of Rs 1,000 and Rs 500) would have had sufficient time and opportunity to carefully plan the reasons and excuses for not depositing the SBNs within the permitted period that is before December 30, 2016,' the Ministry of Finance said in its affidavit.The government said it has taken a 'conscious decision' that no necessity or any justifiable reason exists either in law or on facts to invoke its power under The Specified Bank Notes (Cessation of Liabilities) Act, 2017 to extend the period for exchanging the scrapped currency.

The affidavit said that none of the petitioners have given any valid ground as to why they could not deposit the scrapped notes through his or her authorised third person.

Justifying its decision not to give any further window, the affidavit said, 'The period thus available for everyone to exchange and or deposit the specified bank notes was spread over 51 days (except for closed holidays) unlike the earlier demonetisation drive carried out in the year 1978, when it was restricted to six days only.'

It said that 'the period November 9, 2016 to December 30, 2016 was fairly a very long period during which any one can either himself or through his authorised agent/third person could have deposited/exchanged the specified bank notes subject to following the prescribed norms'.

'In other words, what was permitted was exchange and or deposit of specified bank notes during a block period a period up to and including December 30, 2016 either in person or through authorised third person,' it said.

The Centre said that the Ministry of Home Affairs had in July reported that as per intelligence agencies, there were reports of large scale misuse of the window for exchange of the old currency notes.