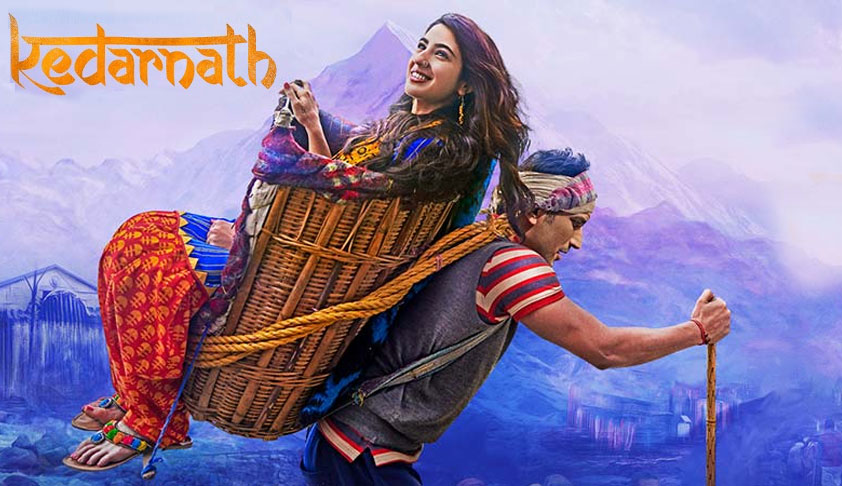 Tolerance for all religions, patience, harmony and welfare of mankind are the basic tenets of Hinduism, the Gujarat High Court observed recently, while refusing to ban showcase of the movie “Kedarnath” in the State of Gujarat.

The order was passed by a bench comprising Acting Chief Justice AS Dave and Justice Biren Vaishnav on a petition filed by an organisation called International Hindu Sena.

The petition had alleged that the exhibition of the film would hurt the religious sentiments of the Hindus. More specifically, it had taken objection to the show of intimacy between a Muslim boy and a Hindu girl, which it said “is not only rude and offensive but also unfair for public exhibition”.

It had further pointed out that the movie was set in Kedarnath, which is a place of worship, and that certain scenes in the film had disrespected the culture and tradition of Hindu religion.

The court, however, rapped the organisation for basing the petition on wrong notions of Hinduism, observing, “We are of the view that the present petition is not only misconceived but is based on a wrong notion about Hinduism as understood by the petitioner. But Hinduism as a concept, religion and faith, tolerance for all religions, patience, harmony and welfare of mankind as a whole are the basic tenets of Hinduism.”

Expressing its displeasure with the contentions put forth by the petitioner, the court went on to observe, “Just because a Muslim boy is shown to be in love with a Hindu girl at a holy place, we fail to understand how religious sentiments of Hindu community will be affected.”

It, in fact, asserted that any prohibitory steps from its side would result in a breach of fundamental rights of all those involved in the making of the movie, observing,

“On the contrary, in our opinion, any preventive step or prohibitory action on the part of the Court by issuing notice and granting ban on exhibition of movie, which is a work of fiction and creation of art, will certainly result in breach of fundamental rights, more particularly, right to freedom of speech and expression, of the Producer, Director and Exhibitors, including script-writers, as they are carrying out lawful activity by producing, directing and exhibiting films.”

The court, therefore, dismissed the petition, with costs of Rs. 5,000 to be paid by the petitioner within a week, to the Gujarat High Court Legal Services Committee.