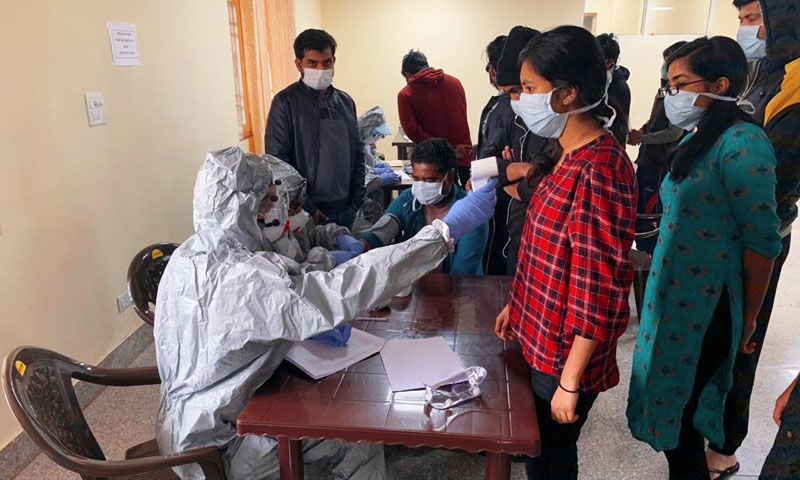 In October 2018, the Delhi High Court had held that classification of individuals as residents and non-residents for the purpose of providing medical facilities is unreasonable and violative of the fundamental right to health enshrined under Article 21 of the Constitution. The observation was made while setting aside an order issued by the Medical Director, Guru Teg Bahadur Hospital,...

In October 2018, the Delhi High Court had held that classification of individuals as residents and non-residents for the purpose of providing medical facilities is unreasonable and violative of the fundamental right to health enshrined under Article 21 of the Constitution.

The observation was made while setting aside an order issued by the Medical Director, Guru Teg Bahadur Hospital, GNCT of Delhi, whereby patients who did not hold a valid Voter ID Card of Delhi were categorized as non-Delhi patients, and were denied certain facilities for treatment.

"We have no hesitation in holding that the impugned circular suffers from various vices which are not permissible under the Constitution, the circular classifies identically situated persons differently for the purpose of granting them medical facility without any rational basis and therefore we cannot uphold such a classification," the High Court had held in the case Social Jurist, a Civil Rights Group vs  Government of NCT of Delhi.

The ruling assumes relevance in the present context as the Health Department of the Delhi Government vide order dated June 7, 2020 has restricted medical treatment in State Government run hospitals as well as in private hospitals and nursing homes to bonafide residents of Delhi only.

As the order has been challenged before the Delhi High Court by two Delhi University students who are the residents of UP and Bihar, the 2018 judgment is becoming more relevant now.

Then Chief Justice Rajendra Menon and Justice V. Kameswar Rao had held that the State cannot avoid or shirk away from its "constitutional obligation" to provide medical treatment to its citizens, on account of financial constraint or non-availability of facilities, etc.

"If we analyse the justification given by the State Government in the present case, it would be seen that the State is shirking away from discharging its constitutional obligation and liability by contending lack of facilities like infrastructure, manpower and law and order situation created by outburst of population, the number of patients coming to the hospital for treatment. In our considered view, this is not permissible. A State is obliged and mandated to provide all such facilities as are to be provided to a citizen, particularly, the requirement envisaged under Article 21 of the Constitution and the reasons given before us cannot be substantial or reasonable reasons for shirking away from discharging this constitutional liability," the bench had held.

The present order of the Delhi High Court has also been issued due to lack of requisite infrastructure and in order to decongest hospitals, amid the pandemic.

However, such an approach the High Court had held, is against the duties of a "welfare State."

"A complete reading of the Preamble and various provisions of the Constitution indicates that if a provision or a statute is read in the backdrop of the requirement of Article 14 of the Constitution, anything done which fails to achieve the socialistic goal to its fullest extent or which adopts a classification which is not in tune with the establishment of a welfare society is unsustainable and unconstitutional," the bench had remarked.

Reliance was placed on Paschim Banga Khet Mazdoor Samity & Ors. v. State of West Bengal & Ors., (1996) 4 SCC 37, whereby the Supreme Court had held that providing adequate medical facility to the people is not only an essential part but is also an obligation undertaken by the Government in a welfare State and for discharging this obligation running of hospitals and health centres and providing medical care to the people seeking the same is a requirement of Article 21 of the Constitution.

The bench was of the view that such a classification, into residents and non-residents, does not pass the two-fold test of reasonable classification enunciated by the Supreme Court in State of West Bengal v. Anwar Ali Sarkar, AIR 1952 SC 75.

In this case, the Top Court had held that even though Article 14 of the Constitution does not forbids class legislation however, such classification has to reasonable and has to be decided on two well settled principles i.e. the classification should be based on "intelligible differentia" which distinguishes persons or things, grouped together from others who are left out of the group and; the second, that the differentia in question should be reasonable and must have some "rationale nexus" for the purpose to be achieved.

In context to classification of patients as residents and non-residents however, the Delhi High Court had held,

"The classification is based on no reasonable justification except on the basis of the residence of a person or the availability of a particular identification card and the nexus to be achieved is decongestion of the hospital. In our considered view, both these justifications given do not meet the twin tests for upholding a classification."

It was observed that the state was practically differentiating "similarly situated citizens".

In fact, the bench went on to observe, even the Supreme Court had in the case of Kailash Chand Sharma v. State of Rajasthan & Ors., (2002) 6 SCC 562, held that "residence by itself be it be within a State, region, district or lesser area within a district cannot be a ground to accord preferential treatment or reservation, save as provided in Article 16(3)."

The High Court was also of the view that discriminating between resident and non-resident patients is violative of the mandate of Article 15 that no citizen shall be discriminated against on the basis of place of birth.

"Article 15(2) prohibits discrimination on the basis of religion, race, sex or place of birth and it is a well settled principle of law that right to health and medical aid so also medical care is a fundamental right envisaged under Article 21 of the Constitution read with Articles 39(e) and 41 of the Constitution," the Division bench had emphasized.

Is worthy to note that in Bir Singh v. Delhi Jal Board, (2018) SCC Online SC 1241, a Constitution Bench of the Supreme Court had observed,

"The capital city is not just a part of India. It is miniaturised India, a fact often forgotten by the administration in the field of culture and education, especially vis-a-vis regional, minorities. It is megapolitan (sic) and people from all parts flock to this outsized city…Anyone who lives inside India can never be considered an 'outsider' in Delhi…"

The bench went on to remark,

"The Administration has a constitutional responsibility not to be a mere thermometer where mercury rises with populist pressure but to be a thermostat that transforms the mores of groups to stay in the conscience of the nation viz. the Constitution."

This observation is indicative of the fact that state actors are responsible to cater to its local population, whether resident or otherwise, and ensure that their Constitutional rights are preserved.

However, the approach adopted by the Delhi Government during this critical time of a pandemic, where inter-state movement is restricted and people from across the country are stuck in Delhi, throws up serious questions with regard to protection of the fundamental right to life and right to health of such citizens.