Police Authorities Are Expected To Be Quite Sensitive In Matters Where Freedom Of Speech And Expression Are At Stake: Bombay High Court 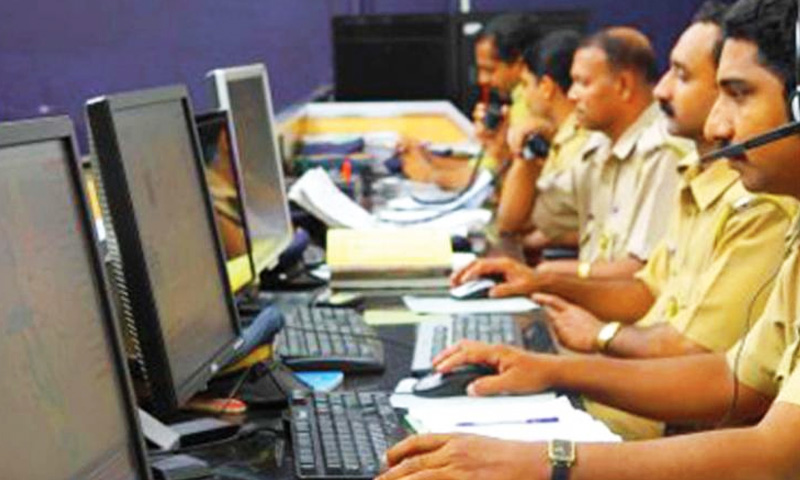 "The Police authorities are expected to be quite sensitive in such matters, because, what is at stake is the freedom of speech and expression." Observed the Bombay High Court, bench at Goa, while quashing an FIR registered by the Goa Police under sec. 295A of the Indian Penal Code against members of "Dastaan LIVE", an art rock live performance band, for using the word "OM" and clubbing it...

"The Police authorities are expected to be quite sensitive in such matters, because, what is at stake is the freedom of speech and expression." Observed the Bombay High Court, bench at Goa, while quashing an FIR registered by the Goa Police under sec. 295A of the Indian Penal Code against members of "Dastaan LIVE", an art rock live performance band, for using the word "OM" and clubbing it with phrases like "Ullu Ka Pattha" thereby allegedly outraging religious feelings of Hindus.

While finding merits in the submission made by the counsel appearing on behalf of the petitioners, a division bench comprising of Justice MS Jawalkar and Justice MS Sonak observed that the the Goa Police hurriedly registered the FIR without perusing the complaint or the provisions of sec. 295B of IPC.

In view of the said observation, the Bench opined that such a conduct by police authorities "was an unwarranted assault on creativity and freedom of speech and expression itself."

"According to us, there was no justification whatsoever for the Police Inspector to hurriedly register such an FIR, possibly without even going into the complaint or for that matter the provisions of Section 295-A of the IPC. The Police authorities are expected to be quite sensitive in such matters, because, what is at stake is the freedom of speech and expression. Therefore, unless the complaint discloses the ingredients of the offense under section 295-A of IPC, it is not expected of the Police authorities to rush and register an FIR in such cases. In any case, there was no justification whatsoever to call some of the Petitioners to the Police Station and require them to apologize or to arrest some of the Petitioners, no sooner the FIR was registered." The bench observed.

Observing that there was no allegation of deliberate or malicious intention to outrage religious feelings of any class of persons in the complaint, the Court observed that in absence of such allegations, there was no justification on the part of the Police to register the FIR.

"The criminal machinery ought not to have been set into motion based upon such a complaint. This was indeed the abuse of the process, because, it is apparent that the Police authorities have not even taken cognizance of the legal position explaining the scope of section 295-A of IPC by the Constitution Bench of the Hon'ble Supreme Court in the case of Ramji Lal Mod case." the Bench observed at the outset.

Furthermore, the Court went ahead to observe that:

"In the present case, the Respondent, has precisely chosen to take a sentence here and a sentence there or rather, a word here and a word there and on such basis filed a vague complaint which does not even spell out the basic ingredients of section 295-A of IPC. Besides, the Police authorities have completely ignored the dictum of the Hon'ble Supreme Court which provides that the effect of the words must be judged from the standards of reasonable, strong-minded, firm, and courageous men and not those of weak and vacillating minds nor of those who scent danger in every hostile point of view."

While observing that the police officer must be able to justify the arrest apart from his power to do so, the Court observed that arrest and detention in police lock-up of a person can cause incalculable harm to his reputation and self-esteem.

"No arrest can be made routinely on a mere allegation of commission of an offense made against a person. It would be prudent for a police officer in the interest of protection of the constitutional rights of a citizen and perhaps in his own interest that no arrest should be made without a reasonable satisfaction reached after some investigation as to the genuineness and bona fides of a complaint and a reasonable belief both as to the person's complicity and even to the need to effect an arrest." The Court observed.

"Denying a person of his liberty is a serious matter. The recommendations of the Police Commission merely reflect the constitutional concomitants of the fundamental right to personal liberty and freedom. A person is not liable to arrest merely on the suspicion of complicity in an offense. There must be some reasonable justification in the opinion of the officer effecting the arrest that such arrest is necessary and justified. Except in heinous offences, an arrest must be avoided if a police officer issues notice to a person to attend the Station House and not to leave the station without permission would do." The Court observed at the outset.