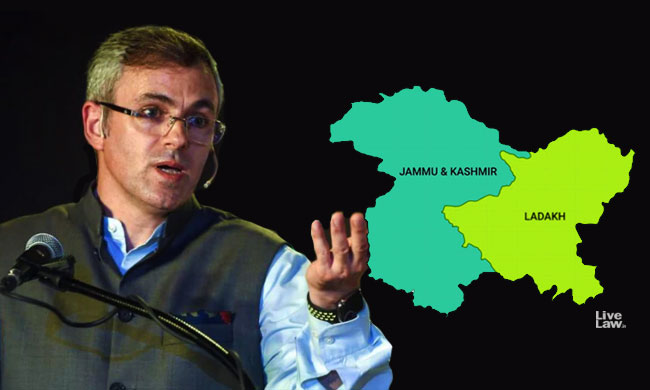 National Conference leaders Mohammed Akbar Lone and Hasnain Masoodi have approached the Supreme Court challenging the Central Government measures which abrogated the special status of Jammu and Kashmir and also the Jammu and Kashmir Reorganization Act 2019 which bifurcated the state into Union Territories of J&K and Ladakh.The petition challenges the constitutional validity of...

National Conference leaders Mohammed Akbar Lone and Hasnain Masoodi have approached the Supreme Court challenging the Central Government measures which abrogated the special status of Jammu and Kashmir and also the Jammu and Kashmir Reorganization Act 2019 which bifurcated the state into Union Territories of J&K and Ladakh.

The petition challenges the constitutional validity of the Presidential Orders issued on August 5 and August 6 in relation to Article 370 of the Constitution of India.

The first order issued under Article 370(1) of the Constitution by President Ram Nath Kovind on August 5 - C.O 272 - paved way for the application of entire provisions of the Indian Constitution to Jammu and Kashmir, taking away its special status in effect.

The President's Order also had the effect of nullifying Article 35A of the Constitution, as it superseded the Presidential Order of 1954. Further, it made a change in the interpretation clauses in Article 367 to state that 'Constituent Assembly' will read as 'Legislative Assembly of the State' and 'Sadar-i-Riyazat' as 'Governor'.

Drawing power from these changes, the President later issued another order on August 6 (C.O 273), modifying Article 370 to completely abrogate the special status of J&K.

The petition drafted by Advocates Gautam Bhatia ,Rahul Narayan, and Malavika Prasad challenges the validity of these orders raising arguments such as :

The petition also challenges the Jammu and Kashmir Reorganization Act 2019 passed by the Parliament on August 6 to bifurcate the state into Union Territories of J&K and Ladakh.

The petitioner argues that that the Indian federal scheme – as exemplified by Article 1 and Article 3 of the Indian Constitution – does not permit Parliament to retrogressively downgrade statehood into a less representative form such as a Union Territory.

"Union Territories (with legislatures) have always been the creations of Constitutional amendments, and not under the plenary power of Article 3. Examples include Pondicherry (Article 239A) and the National Capital Territory of Delhi (NCT) (Article 239AA). Indeed, at the time of the framing of the Constitution, the concept of a Union Territory with a legislature did not even exist. It is therefore submitted that Article 3 could not have been intended to authorise the degradation of a state into a Union Territory", says the petition.

The petition therefore seeks a declaration that C.O 272 and C.O 273 issued by the President on August 5 and 6 repsectively, and the J&K Reorganization Act are null, void, ultra vires and inoperative.

On the next day of issuance of the C.O 272, a petition in SC was filed by Advocate M L Sharma challenging it. Though he had made a mention for urgent listing of the petition on Thursday, the Court declined.