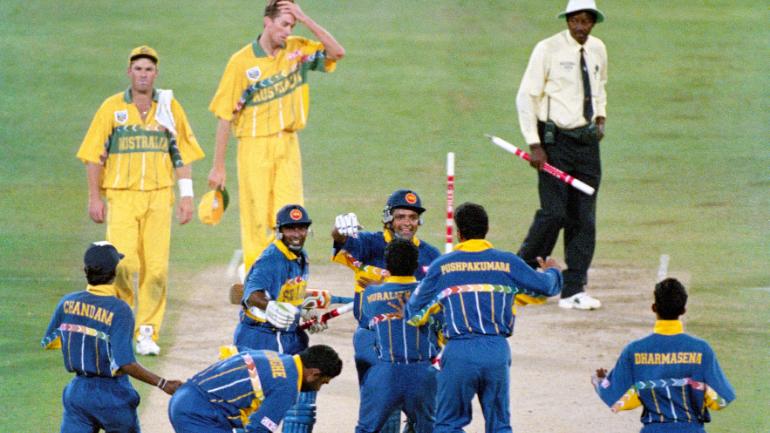 The Supreme Court on Wednesday held that the Pak-Indo-Lanka joint management Committee (PILCOM), set up for the purpose of conducting the 1996 cricket world cup, was liable to deduct tax at source for payments made to non-resident sports associations for the tournament. In a special meeting of the International Cricket Council, held in February, 1993 at London, India, Pakistan and...

The Supreme Court on Wednesday held that the Pak-Indo-Lanka joint management Committee (PILCOM), set up for the purpose of conducting the 1996 cricket world cup, was liable to deduct tax at source for payments made to non-resident sports associations for the tournament.

In a special meeting of the International Cricket Council, held in February, 1993 at London, India, Pakistan and Sri Lanka were selected, on the basis of competitive bids, to have the privilege of jointly hosting the 1996 World Cup Cricket Tournament.

The concern of the top court was with regards amounts which are in the nature of Guarantee Money paid to Non-resident Sports Associations. The payments were not made by the Appellant PILCOM in India but were made through its Bank accounts at London or elsewhere. The principal issue to be considered is whether any income accrued or arose or was deemed to have accrued or arisen to said Non-resident Sports Association in India. If the answer is in the affirmative, the next question would be about the liability on part of the Appellant to deduct Tax at Source and make appropriate deposit in accordance with Section 194E of the Act.

Before the top court, Senior Advocate J. P. Khaitan for appellant-Management Committee, submitted that the payments were for grant of a privilege and not towards matches; that such payments were made in accordance with the decision of the ICC in London; that the amounts were made over in England and that the basic question would be whether any income accrued in India. According to the IT authorities, the income in question had arisen from a source of income in India, which was playing of cricket matches in India and as such the requirement of law was fully satisfied.

The three host countries were required to pay varying amounts to the Cricket Control Boards/Associations of different countries as well as to ICC in connection with conducting the preliminary phases of the tournament and also for the purpose of promotion of the game in their respective countries. For the purpose of conducting the final phase of the tournament in India, Pakistan and Sri Lanka, a Committee was formed by the three host members under the name PILCOM. Two Bank accounts were opened by PILCOM in London to be operated jointly by the representatives of Indian and Pakistan Cricket Boards, in which the receipt from sponsorship, T.V. rights etc. were deposited and from which the expenses were met. The surplus amount remaining in the said Bank account was decided to be divided equally between the Cricket Boards of Pakistan and India after paying a lump-sum amount to Sri Lanka Board as per mutual agreements amongst the three Boards.

For the purpose of hosting the World Cup matches in India, the Board of Cricket Control of India (BCCI) appointed its own committee for discharge of its responsibilities and functions. The Committee was to be known as INDICOM. Since the Convener-Secretary of INDCOM was functioning from Calcutta necessary Bank accounts were opened in Calcutta for receipts and expenditure relating to matches to be held in India. From the said Bank accounts in London, certain amounts were transferred to the three co-host countries for disbursement of fees payable to the umpires and referees and also defraying administrative expenses and prize money.

During the course of enquiry, it came to the knowledge of an I.T.O., Calcutta that PILCOM had made payments to ICC as well as to the Cricket Control Boards/Associations of the different Member countries of ICC from its two London Bank Accounts. The ITO issued a notice to the Office of PILCOM, asking it to show-cause why actions under Section 20(I)/194E of the I.T. Act, 1961 would not be taken against it for its failure to deduct taxes from the payments made by it and as referred to above in accordance with the provisions of Sec. 194E (Payments to non-resident sportsmen or sports associations). The PILCOM represented before the I.T.O. that the provisions of Sec. 194E would not be attracted to the payments for various reasons. It was furthermore stated that, inasmuch as, the books accounts of PILCOM had not been completed by its Pakistani Treasurer, the said books could not be produced before the I.T.O.

The I.T.O. did not agree with the contentions of PILCOM. He referred to the provisions of Sec. 115BBA (Tax on non-resident sportsmen or sports associations) and held that taxes should have been deducted at source from the payments made by PILCOM in accordance with the provisions of Sec 194E. Finally, the ITO passed an order in May, 1997, in which he held that the PILCOM was liable to pay under Sec.201(I) the amount it had failed to deduct from the payments under consideration arid furthermore held that the PILCOM was also liable to pay interest on the said amount under Sec. 291(1A) from the date of tax was deductible upto the date of actual payment. The ITO computed the total short deduction u/s. 194E to be Rs.2,18,293,00.

The PILCOM appealed against the said order passed by the ITO and the CIT(A) disposed of the appeal by his order in November, 1997. In further appeal preferred by PILCOM before the ITAT, the Appellate Tribunal set aside the order passed by the CIT(A) and restored the matter back to his file for redeciding the issue after affording opportunity of being herd to PILCOM.

Accordingly, the appeal was re-heard by the CIT(A), in which both the sides were allowed an opportunity to represent their respective cases and the CIT(A) finally passed his appellate order in December, 1998, which again came to challenged before the tribunal by both sides. In its order passed on January 4, 2000, the Tribunal ruled that, "In the cases of the cricket associations of these countries (Australia, England, New Zealand, Sri Lanka and Kenya with whom DTAA exists, and Pakistan, West India, Zimbabwe and Holland), although the guarantee money was payable by virtue of the Resolution passed in the meeting ICC as in the cases of the cricket associations of other countries, at the same time again, these associations did some activities in India and can be considered to have earned the guarantee money through such activity alone. We are, therefore, of the opinion that so far as these countries are concerned, the payments received by them from PILCOM have arisen directly as a result of their taking part in the cricket matches. However, the cricket associations of all these countries played not only in India but in Pakistan and Sri Lanka also. Hence, only that proportion of the total receipt made by each such country from PILCOM, which bears the same ratio as the number of matches played by each such country in India to the total number of matches played by each such country in the tournament, should be considered to be income arising or accruing to the cricket association of that particular country. We are, therefore, of the opinion that PILCOM should have deducted tax at source in respect of this portion of the payment made by it to that particular association and the order under Sec. 201 would be considered to be valid in respect of the payment to each such country"

The Order passed by the Tribunal was challenged by the Appellant as well as by the Revenue before the Calcutta High Court.

After considering rival submissions, by its Judgment and Order of November 11, 2010, the High Court affirmed the view taken by the Tribunal.

Conclusions of the Apex Court

The bench of Justices U. U. Lalit and Vineet Saran noted that In terms of Section 5(2) of the IT Act, the total income of a non-resident may include income from whatever source which is received or deemed to be received in India or accrues or arises or is deemed to accrue or arise to such non-resident in India. Besides, According to Section 9(1), the income shall be deemed to accrue or arise in India if "the income accrues or arises, whether directly or indirectly" under any of the following postulates:-

♦ through or from any business connection in India; or

♦  through or from any property in India; or

♦  through or from any asset or source of income in India; or

♦  through the transfer of a capital asset situate in India

The judgment penned by Justice Lalit records that cacording to the Respondent, the income in question had arisen from a source of income in India, which was playing of cricket matches in India and as such the requirement of law was fully satisfied. On the other hand, according to the Appellant, the payment was towards grant of privilege and had nothing to do with matches that were played in India

"In the present case, the Non-resident Sports Associations had participated in the event, where cricket teams of these Associations had played various matches in the country. Though the payments were described as Guarantee Money, they were intricately connected with the event where various cricket teams were scheduled to play and did participate in the event. The source of income, as rightly contended by the Revenue, was in the playing of the matches in India", the Court expressed its view.

Further, the bench explained that the mandate under Section 115 BBA (1)(b) is also clear in that if the total income of a Non-resident Sports Association includes the amount guaranteed to be paid or payable to it in relation to any game or sports played in India, the amount of income tax calculated in terms of said Section shall become payable. "The expression 'in relation to' emphasises the connection between the game or sport played in India on one hand and the Guarantee Money paid or payable to the Non-resident Sports Association on the other. Once the connection is established, the liability under the provision must arise", reads the decision.

"The obligation to deduct Tax at Source under Section 194E of the Act is not affected by the DTAA and in case the exigibility to tax is disputed by the assesse on whose account the deduction is made, the benefit of DTAA can be pleaded and if the case is made out, the amount in question will always be refunded with interest. But, that by itself, cannot absolve the liability under Section 194E of the Act", the Court observed.

In these premises, it proceeded to declare that "the payments made to the Non- Resident Sports Associations in the present case represented their income which accrued or arose or was deemed to have accrued or arisen in India", and "Consequently, the Appellant was liable to deduct Tax at Source in terms of Section 194E of the Act"