'As Long As You Are Upright, Don't Care If Your Shadow Is Crooked': Story Of Bombay HC Refusing Contempt Action Against An Ex-CJI For His Critical Remarks 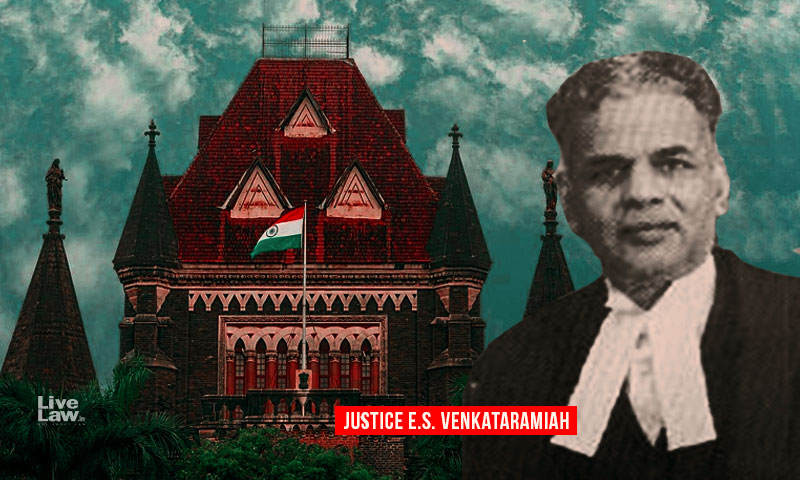 x
The Court said that the ex-CJI's interview appeared to have been given with an idea to improve the judiciary.

In the wake of the Supreme Court ruling that Prashant Bhushan's two tweets scandalized the judiciary, it will be interesting to revisit an order passed by the Bombay High Court in 1990, which refused to initiate contempt action against a former Chief Justice of India, E S Venkatramaih.Venkatramaih was the Chief Justice of India from 19 June 1989 until his retirement on 17 December 1989.On the...

In the wake of the Supreme Court ruling that Prashant Bhushan's two tweets scandalized the judiciary, it will be interesting to revisit an order passed by the Bombay High Court in 1990, which refused to initiate contempt action against a former Chief Justice of India, E S Venkatramaih.

Venkatramaih was the Chief Justice of India from 19 June 1989 until his retirement on 17 December 1989.

On the eve of his retirement, he gave an interview to noted journalist Kuldip Nayar, with some explosive remarks about the judiciary, which appear harsh when compared to the tweets of Bhushan.

Justice Venkatramaih said that the judiciary in India has deteriorated in its standards because only such judges are appointed who are willing to be "influenced by lavish parties and whisky bottles."

"In every High Court', Justice Venkatramaih said, "there are at least 4 to 5 Judges who are practically out every evening, wining and dining either at a lawyer's house or a foreign embassy". He estimated the number of such judges to be 90. He also said that close relations of judges were practising in the same court, resulting in their thriving practice.

These remarks, coming from a CJI who just demitted office, created a furore, understandably.

One advocate named Vishwanath, who was once the Chairperson of Maharashtra Bar Council, filed a complaint in the Bombay High Court seeking to take contempt action against Justice Venkatramaih contending that his sweeping remarks scandalized the judiciary.

The complaint, filed without the sanction of the Advocate General, stated that by stating that judges appointments were influenced by glittering parties and expensive liquor bottles, and also by not naming the 90 judges, the ex-CJI cast a shadow over the integrity of entire judges.

On March 2, 1990, a division bench of Justices B Wahane and M Qazi dismissed the complaint both on the technical ground of lack of sanction of the Advocate General and also on merits.

The bench particularly referred to the following portion from the report of Kuldip Nayar :

"Sad and sombre Chief Justice Venkataramaiha said that he had vainly tried to bring to the notice of Judges the Law Commission Report which has cited examples to prove how Judges compromise their position and prefer to be seen in the precincts of Government houses and elsewhere."

From this, the bench inferred that the "entire interview appears to have been given with an idea to improve the judiciary". The Court noted that the journalist did not fail to notice the fact that the former Chief Justice felt hurt while giving expressions to his feelings.

The Court did not agree with the contention of the complainant that the entire class of judges became suspects after the ex-CJI refrained from specifying the names.

"It is not possible to appreciate as to how every Judge would become vulnerable merely because the names are not disclosed. It is obvious from the statement as a whole that it refers only to such Judges who are practically indulging in every evening in wining and dining at a lawyer's place or a foreign embassy or whose sons, sons-in-law and brothers are minting money by abusing their position", the Court observed.

Notably, the Court also quoted the Chinese proverb "As long as you are up-right, do not care if your shadow is crooked."

In 1982, a petition for initiating criminal contempt against former Supreme Court judge, Justice V R Krishna Iyer, was filed in the Kerala HC. The complainant, an advocate named Vincent Panikulangara, alleged that Justice Krishna Iyer had "scandalized the court" with his comments during a symposium on "judicial reforms". He had made comments such as "as an insider, there are many things I know which I should mention in public", "our whole judicial approach has a certain independence from civilized behaviour", "judiciary today is non-est" etc.

The HC held that the comments fell in the realm of "well-informed criticism".

"By pointing out the weak spots in the judicial system and alerting the people to the need for a change lest the people as a whole reject the system, Justice Iyer was alerting his audience to bestow serious attention to the problem. The comments made by him are not of a person who is vituperative or who wants to bring into disrepute the judicial system of this country, but of one who was exhorting the people for revolutionary change in the outlook concerning problems of the judiciary", the Court observed, refusing to issue notice to Justice Iyer.

The Bombay HC judgment may be read here.

(Courtesy: A word of thanks to Ashkar Khader, Advocate at Kerala HC, for giving information about the Bombay HC proceedings against CJ Venkatramaih.)