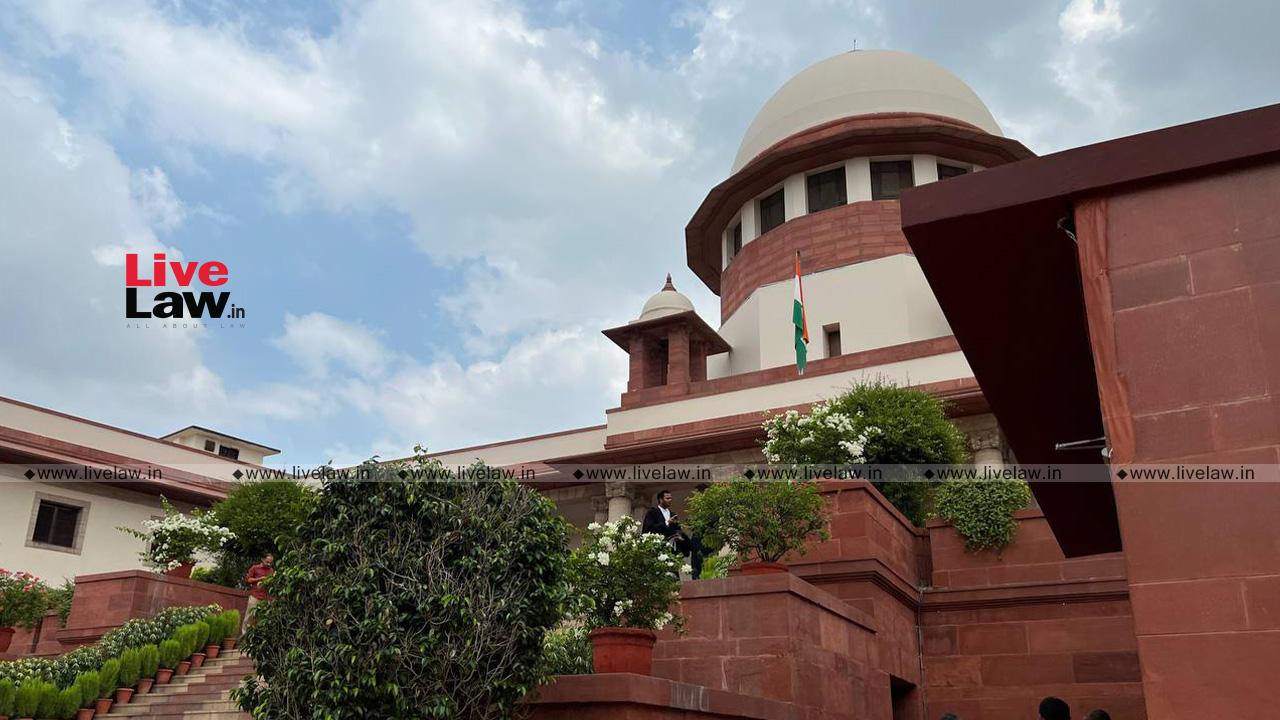 The Supreme Court of India on Tuesday observed that a common man is not interested in knowing the history of legal provisions but whether allegations made against public servants are true or not.This observation of the Top Court came in while considering BJP MP Manoj Tiwari's plea challenging the judgment of the Delhi High Court which refused to quash the summoning order issued by...

The Supreme Court of India on Tuesday observed that a common man is not interested in knowing the history of legal provisions but whether allegations made against public servants are true or not.

This observation of the Top Court came in while considering BJP MP Manoj Tiwari's plea challenging the judgment of the Delhi High Court which refused to quash the summoning order issued by a Magistrate in the defamation case filed by Manish Sisodia, Delhi's Deputy CM.

"In case what you told was true ... as members of the public, the Court wants to know the truth. (The Public) does not want to know difference between sections 199 (2) and 199 (6) [of the CrPC], Common man is interested in knowing if this man has done what he has been accused of doing."

On November 28, 2019, the Additional City Metropolitan Magistrate, Rouse Avenue Courts, New Delhi, issued summons to Tiwari and other accused on the criminal complaint.

Though Tiwari approached the Delhi High Court challenging the summons, a single bench of Justice Anu Malhotra rejected his plea on December 17, 2020. The High Court expressed the prima facie view that the statements and imputations harmed the reputation of the minister and that the defence of Tiwari can be considered only at the trial stage.

At the start of the hearing, Senior Advocate Venkatramani appearing for Tiwari argued that the Magistrate had ignored Section 199(2) of the Code of Criminal Procedure while taking cognizance of the complaint.

As per Section 199(2) CrPC, a defamation complaint in respect of statements against a Minister can be taken cognizance of only by a Court of Sessions, that too on a complaint made by the Public Prosecutor.

However, the complaint was filed by Sisodia invoking Section 199(6) CrPC, which says that the section does not affect the right of a person, against whom the offence is alleged to have been committed, to make a complaint before the jurisdictional magistrate.

It is argued that recourse under Section 199(6) cannot be taken directly by a public servant without following the scheme of state sanction under Section 199(2). Therefore, the summoning order was issued without jurisdiction, he said.

"When the defamation is with respect to a public servant for work in his official capacity, there's a special procedure under section 199 (2). A case such as this, can be moved only before a Court of Sessions, through the public prosecutor," the senior counsel argued.

Further, he stated that section 199 (6) can be invoked only if no sanction has been granted by the State government under section 199 (2) to the minister to initiate a case of defamation. Or, if the defamatory comments are made in personal capacity, i.e., not while in official duty.

"He should have resorted to procedure under Section 199 (2). No compliant is maintainable before the Magistrate under section 199 (6)….A public servant cannot bypass 199 (2)"

He further submitted that Section 237 is so closely connected to Section 199 (2) and also took the court through the legislative history of the provisions.

He also argued on the applicability of Section 250 of the Code,

"It is a special provision……As per the section, when state functionaries file complaints on defamation and later, if the complaint initiated is found to be false, then the latter must be compensated. There is an element of compensation, when there's false accusation", the senior advocate said.

At this point, Court asked if Tiwari denied making the said alleged "defamatory" statements against Sisodia.

"So, there are three cases, First, you can say that the statements were taken out of context, second is, you stand by the statement, but argue that what you said is the truth, third, you say that I don't fall under the other two categories and resort to technical defences. You belong to third category. So what about 1 and 2?"

The advocate said that he does not deny making the said statements.

The advocate also extensively relied on the judgement in the case of P.C. Joshi And Another vs The State Of Uttar Pradesh.

"The question of what is proper for prosecuting a public servant to avoid baseless allegations of defamation was discussed in the case."

Senior Advocate Dr. Abhishek Singhvi, appearing for Sisodia countered these submissions. He argued that the right of the complainant to move the Magistrate under Section 199 (6) is preserved.

At this stage, the Court interjected to say,

"Yes, your Lordships have observed. It's almost like 'Heads you win, Tails, I lose'. To be very frank ... It's not him or me. Everybody at the Bar will try dilating tactics. This is the interim, the main thing is not even gone into", responded senior advocate.

Singhvi added, "He alleges a gothala of 2000 crores without a single piece of evidence. If he has the guts to state that, I have the guts to file a criminal complaint. So, on merits, nothing produced."

Referring to the case in KK Mishra vs The State Of Madhya Pradesh, he said that 199 (2) provides for a special procedure with regard to initiation of prosecution of defamation committed against constitutional functionaries and public servants. However, the offence alleged to have been committed must be in respect of acts which is discharged of public functionaries or public servants concerned. The said right, however, is saved even in cases of category of persons mentioned in 199 (2) by sub section (6).

Further, he argued that it's is crystal clear that a person falling under section 199 (2) has two independent remedies with regard to defamation proceedings. "One, as a complainant before the Magistrate and the other before a court of Sessions."

Senior Advocate Pinky Anand is expected to make arguments today, when the hearing will resume at 2 pm.