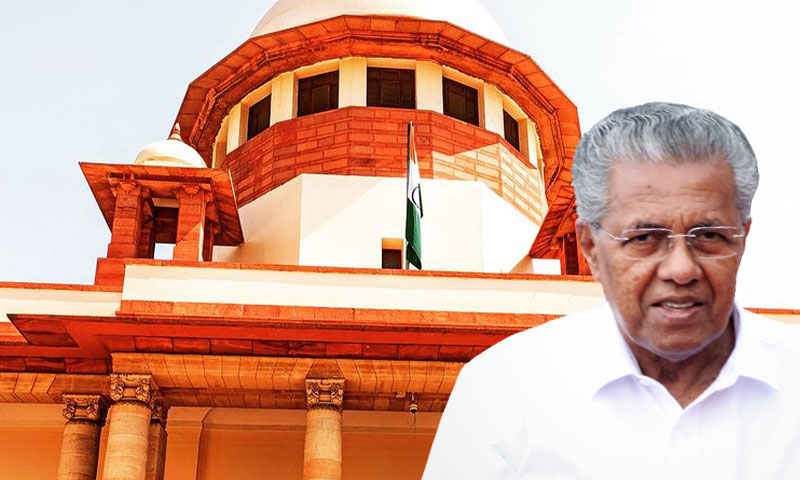 The Supreme Court on Tuesday adjourned the Lavalin case, (in which CBI has challenged the discharge of the incumbent chief minister of Kerala) to April 6.

When the matter came up before a bench headed by Justice UU Lalit, ASG SV Raju for the CBI prayed for a short adjournment- "I am engaged in a part heard matter in another court. Please have it next week. The matter may be heard the whole day and disposed off"
The bench was inclined to have it at the end of board today itself – "We will hear it if it reaches. All your other engagements will also be over by then", said Justice Lalit.
The ASG urged that it is a final hearing matter and will be over in one day and repeated his request for a listing next week.
After a brief conference among themselves, the bench listed it for April 6.
"I wanted a little early date", urged Mr Raju. The bench said that the same may not be possible.
The bench was hearing the CBI appeal challenging the Kerala High Court verdict upholding a special court's decision to allow the discharge petition of Kerala Chief Minister Pinarayi Vijayan, one of the accused in the SNC-Lavalin case.
In December, 2020, the Court liberty to the CBI to file any additional documents,.
SG Tushar Mehta, for the CBI, had submitted at the outset, "I will argue this matter. But it will take some time, and I am currently a part of an ongoing matter. Could Your Lordships take it up on some other day? "
"Considering the kind of matters you are busy with, something or the other will keep coming up", observed Justice Lalit.
Ultimately, the bench agreed to list it on January 7, 2021 at the end of the board.
Sr. Adv. R. Basant, for one of the accused, advanced, "The CBI had wanted to file some documents. But no copies have been given to us"
"Do you wish to file something, or should we (unclear)?", inquired Justice Lalit from the SG.
"Yes. They will be filed in 1 week maximum", assured the SG.
The bench then adjourned the case, with liberty to file additional documents to the CBI.
On October 8, the SG had submitted, "This is a case where the accused were discharged despite a detailed chargesheet having been filed by the CBI. i have submitted the chronology of facts- a PIL was filed and the Kerala High Court directed investigation by the CBI. The investigation was carried out and a detailed charge sheet was filed on 10.6.2009. Thereafter, discharge applications were filed, which were allowed. Thereafter, the High Court in revision approved the order of discharge, which we have impugned before Your Lordships'.
"So you are up against the discharge of some respondents
(including incumbent Kerala Chief Minister Pinarayi Vijayan)? And the others are appeals by those who were not discharged?", clarified Justice Lalit.
"What grounds weighed with the HC in allowing the discharge?", asked the judge.
"The trial court had discharged the persons. I have circulated a note in this behalf. It may require a little examination at your end", replied the SG.
"But if two courts have concurrently held that these respondents need not be tried and have been discharged, we will need very strong submissions on your behalf for dislodging the opinion of these two courts", observed Justice Llait.
The bench had showed an inclination to pass over the matter to be able to peruse the note circulated.
"But I also need to compile some documents to be able to present them to the court", said the SG
The bench observed that the said documents must be part of the record, and the SG replied that he cannot travel beyond that.
Accordingly, the bench had adjourned the matter to October 16 to be taken up at the end of the board, allowing the CBI to file a comprehensive note on the factual aspects, besides the documents. The bench also directed that copies of the same be given to the other counsel.