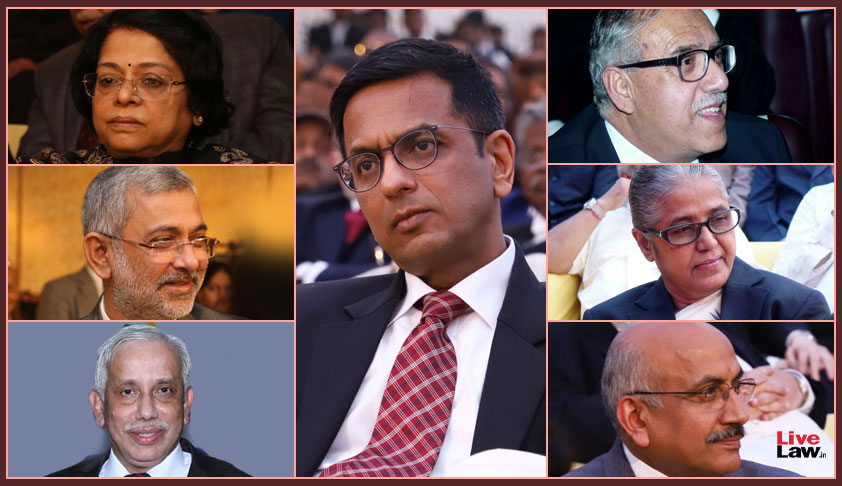 "A dissent in a court of last resort… is an appeal to the brooding spirit of the law, to the intelligence of a future day, when a later decision may possibly correct the error into which the dissenting judge believes the court to have been betrayed," said Justice HR Khanna while dissenting with the majority in ADM Jabalpur v Shivakant Shukla.Last year witnessed a rare instance...

"A dissent in a court of last resort… is an appeal to the brooding spirit of the law, to the intelligence of a future day, when a later decision may possibly correct the error into which the dissenting judge believes the court to have been betrayed," said Justice HR Khanna while dissenting with the majority in ADM Jabalpur v Shivakant Shukla.

Dissenting opinions by Supreme Court judges are also like planting seeds which later transforms into trees which gives fruits of justice. There are other instances where dissenting opinions become majority judgments decades later. For example, the dissenting opinion of Justice Fazal Ali in AK Gopalan v. State of Madras got recognized later in Maneka Gandhi v. Union of India, which overruled the majority opinion of Gopalan and held that any law which deprives a person of personal liberty under Article 21 should satisfy the requirement of Article 19.

Though dissents have no binding effects legally, they are important references for future litigations.

Following are ten important dissenting opinions of the year 2018:

In an emphatic dissent from the majority, Justice Chandrachud held the entire Aadhaar project to be unconstitutional. The very act of passing the Aadhaar Act 2016 as a Money Bill was held to be unconstitutional by Justice Chandrachud, dissenting from the majority view expressed through Justice Sikri's judgment that there was no impropriety in introducing it as a Money Bill.

Voices in opposition cannot be muzzled by persecuting those who take up unpopular causes: Justice DY Chandrachud

Unable to agree with the views of Chief Justice of India Dipak Misra and Justice AM Khanwilkar "as a matter of principle", Justice Chandrachud observed that "dissent is a symbol of vibrant democracy" and "voices in opposition cannot be muzzled by persecuting those who take up unpopular causes" to hold that a special investigation team must be appointed to probe the arrest of five activists in connection with the Bhima-Koregaon violence and probe must be monitored by the court.

Rationality Has No Place in Matters Of Faith: Justice Indu Malhotra

In a sharp dissent, Justice Indu Malhotra, the lone woman in the constitution bench which heard the Sabarimala matter, opposed the entry of women of all age groups in the temple. She opined that issues of deep religious sentiments should not be ordinarily be interfered by the court. She observed that Sabarimala shrine and the deity has the protection under Articles 25 and 26 of the Constitution of India and that notions of rationality should not be seen in matters of religion. She opined that the court should not interfere unless there is any aggrieved person from that section or religion.

What constitutes an essential part of a religion is primarily to be ascertained with reference to the doctrine, tenets, and beliefs of that religion itself: Justice S Abdul Nazeer

The Supreme Court, by a 2:1 majority, refused to refer the Ayodhya-Ram Janmabhoomi land dispute case to a larger bench. While the majority judgment was authored by Justice Ashok Bhushan, for himself and Chief Justice of India Dipak Misra, Justice S Abdul Nazeer delivered the dissenting opinion. The majority judgment clarified that the observations made in the Dr. M. Ismail Faruqui and Ors. v. Union of India and Ors. the judgment that the mosque was not an integral part of Islam have to be understood in the context of land acquisition proceedings.

Dissenting with majority view to not refer the case to a larger bench, Justice Nazeer said that what constitutes an essential part of a religion is primarily to be ascertained with reference to the doctrine, tenets and beliefs of that religion itself. He also opined that the conclusion in paragraph 82 of Ismail Faruqui that "A mosque is not an essential part of the practice of the religion of Islam and namaz (prayer) by Muslims can be offered anywhere, even in open" was arrived at without undertaking comprehensive examination.

The victim cannot be placed on a higher pedestal than the State or the complainant: Justice Deepak Gupta

Justice Deepak Gupta dissented with a judgment by the majority which held that there is no need of seeking leave to appeal in terms of Section 378(3) of CrPC.  The judge said that concept of 'seeking leave' is to prevent the high court from being flooded with appeals and also to ensure that innocent person who have already faced the tribulation of a long drawn out criminal trial are not again unnecessarily dragged to the high court.

Time has come to examine the need for death penalty as punishment especially its purpose and practice: Justice Kurian Joseph, other two judges disagree

Justice Kurian Joseph, while commuting death penalty in a triple murder case, opined that "time has come where we view the need for the death penalty as a punishment, especially its purpose and practice". However, Justice Deepak Gupta wrote a separate brief judgment in which he disagreed with this view taken by Justice Joseph. Justice Hemant Gupta concurred with the view that, since the constitution bench in Bachan Singh v. State of Punjab, has upheld capital punishment, there is no need to re-examine the validity of death penalty at this stage.

The constitution bench of the Supreme Court held that pan-India reservation rule in force in National Capital Territory of Delhi is in accord with the constitutional scheme relating to services under the Union and the States/Union Territories.

Justice R Banumathi, though agreed with the majority that a person belonging to a Scheduled Caste in one state cannot be deemed to be a Scheduled Caste person in relation to any other state to which he migrates for the purpose of employment or education, disagreed with the exception given to National Capital Territory of Delhi. She said that extending pan-India reservation to the employment falling under the services of Union Territories, including Union Territory of Delhi, will be against the constitutional scheme.

REASONS FOR NOT FILLING UP POSTS

Employer (state) should give plausible reason for not filling up posts with selected candidates, holds SC by 2:1 majority

The Supreme Court observed that when a large number of posts are lying vacant and selection process has been followed, then the employer must satisfy the court as to why it did not resort to and appoint the selected candidates, even if they are from the replacement panel. The majority in the bench, Justice Kurian Joseph and Justice Deepak Gupta, observed that justification for not filling up posts must be reasonable and should not be an arbitrary, capricious or whimsical exercise of the discretion vested in the state.

Justice Hemant Gupta dissented with the majority judgment and observed: "The State has right not to fill up any vacancy advertised. The stand that the requirement to fill up 624 vacant posts was not felt cannot be said to be arbitrary warranting a mandamus to appoint the appellants. The State cannot be directed to appoint candidates, when it does not require the posts to be filled up. The decision not to fill up vacancies has been taken for appropriate reasons and is neither arbitrary nor discriminatory."

SPLIT ON WHETHER TO ISSUE NOTICE IN SLPs

A Supreme Court bench comprising Justice R Banumathi and Justice Indira Banerjee expressed divergent views on whether to issue notice in a special leave petition filed against a Bombay High Court judgment. When the SLP filed by the corporation came up for admission before the bench, Justice Banumathi took a view that it is not a fit case for issuance of the notice, while Justice Banerjee opined that the matter is to be heard and notice issued. Another bench headed by Justice  R Banumathi, also comprising Justice Vineet Saran, was split on the issue of issuance of notice in an appeal filed before it against the non-appointment of an over-qualified candidate.

The judgment in Pune Municipal Corporation (supra) is not per incuriam: Justice Mohan M Shantanagoudar

A three-judge bench of Supreme Court held that there is no lapse of acquisition due to the non-deposit of amount in court. Justice Mohan M Shantanagoudar wrote a separate judgment in which he disagreed with the majority opinion that a 2014 judgment in Pune Municipal Corporation, which was also delivered by a three-judge bench on the subject, is per incuriam.

Later another three-judge bench headed by Justice Madan B Lokur 'stayed' this judgment after hearing Senior Advocate Mukul Rohtagi who argued that, when a bench of three judges did not agree with the decision rendered by another bench of three learned judges, the appropriate course of action would be to refer the matter to a larger bench. Now the matter is pending consideration of constitution bench which considers all aspects, including the correctness of the 2014 decision in Pune Municipal Corporation.