Chardham Yatra: "If Permitted We Would Again Be Inviting A Catastrophe": Uttarakhand High Court Stays Govt Decision To Hold Yatra 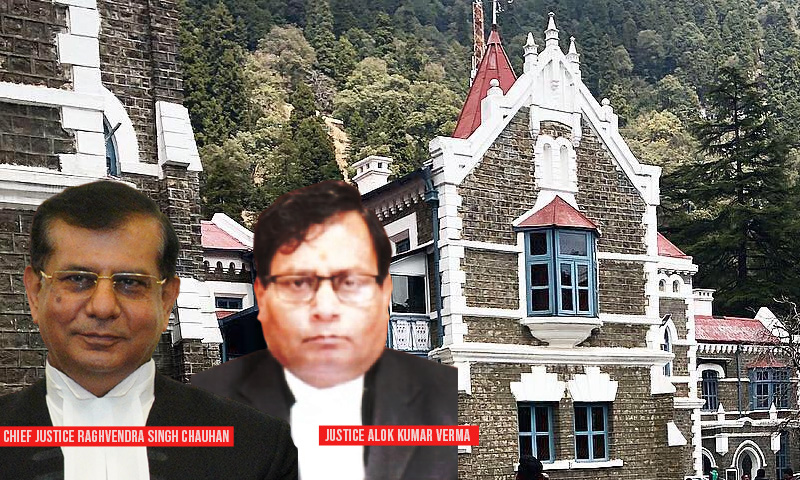 In a significant move, the Uttarakhand High Court has stayed the decision of the Uttarakhand State Cabinet to hold Chardham Yatra by taking a prima facie view that the decision is arbitrary and unreasonable and violative of Article 14 of the Constitution of India.The Bench of Chief Justice Raghvendra Singh Chauhan & Justice Alok Kumar Verma directed the Government to ensure that...

The Bench of Chief Justice Raghvendra Singh Chauhan & Justice Alok Kumar Verma directed the Government to ensure that the ceremonies, the pujas and archanas, carried out within the sanctum sanctorum of the Char Dham temples, are live-streamed for the benefit of the people at large.

On 20th June, the State Government had issued a Government Order dated wherein it thought it proper to re-open the Char Dham Yatra in a phased manner. Again, the Cabinet, on June 25, 2021, decided to permit the opening of the Char Dham Yatra from July 1, 2021, to a limited extent and the people of the entire State would be permitted to visit the Char Dham from 11.07.2021.

Court's observations regarding Second and Third-wave of COVID

"It is common knowledge that as people began to die, there were insufficient spaces in our crematorium and burial grounds. People could not perform a decent cremation, or decent burial to our lost brethren. The satellite images of May, 2020, and the International Media continued to show the endless number of pyres which were burning, and the pitiable condition of our people."

The Court also observed that India was painted as a renegade, and as an irresponsible member of the international community and flights coming from India were stopped by various Countries.

Anticipating that the Third Wave of COVID is apparent, the Court added that the experts claim that the third wave is likely to hit the country in the second or third week of August, 2021, but there is no such guarantee that it would not inflict the country prior thereto.

The Court also expressed its displeasure over the inoculation rate of Uttarakhand State by stating that the same was "certainly not a happy one" and that out of population of 1.32 crores, by the end of May, 2021 only 35,36,840 persons have been inoculated.

"Even if 100% population of Uttarakhand were to be inoculated, even then there is no guarantee that the people of Uttarakhand will be protected from the invasion of delta plus variant," added the Court.

The Court pointed out three 'glaring examples' where the State Government has permitted the people to congregate in a large number and the SOPs were violated by the people.

At the outset, the Court noted that despite the best intentions of the State Government, the Civil Administration of Haridwar and Rishikesh had singularly failed to implement the SOPs related to Kumbh Mela.

"There are a large number of images, readily available on the internet, which clearly prove that a sizeable number of pilgrims neither wore masks, nor maintained the social distance of six feet, nor used the sanitizers, nor used the soaps to wash their hands. In fact lakhs of people were permitted to gather on the banks of the holy Ganges, and to take their bath day in and day out, while the Kumbh Mela lasted for a month," observed the Court.

Further, the Court also observed as to how on the occasion of Ganga Dusshera, a crowd of more than one lakh was permitted to congregate at Har ki Pauri in Haridwar and in Nainital district, the Government opened the gates of Neem Karoli Baba Temple (Kainchi Dham).

The Court also observed that the SOP prepared for the proposed Chardham Yatra contained several instructions, but it wasn't clear as to how such directions would be implemented.

The Court further noted that considering the health issues involved, considering the impact of the COVID19 first wave, the Supreme Court last year ensured that the local people would not join the Puri (Orissa) Rath Yatra.

Coming to the decision of the State, the Court said:

Further, the Court also opined that the Cabinet should have realised that the SOPs are flouted by the people, and the civil administration does not have the wherewithal for implementing them in sensu stricto.

Further, observing that Char Dhar Yatra will invariably cause irreparable losses to the people and to the country, the Court said:

"There is, thus, a strong prima facie case in favor of the people, for not permitting the Char Dham Yatra, even in a limited manner. For, the lives of the people may be exposed to the danger of the Delta Plus variant, and to the third wave of COVID-19. If the Char Dhar Yatra were permitted, we would again be inviting a catastrophe."

Lastly, the Court ruled that it would be in the public interest and in the interest of justice to stay the operation of the decision of the Cabinet, vis-à-vis the opening of the Char Dham Yatra for the residents of District Uttarkashi, Rudraprayag, and Chamoli, for a period of four weeks.

The Court also directed the State Government not to permit the pilgrims to reach the Char Dham Temples during the period of four weeks.