Why Should Advocates Be ‘On Their Legs’ In Courts: NHRC Asks BCI To Look Into Advocate’s Complaint 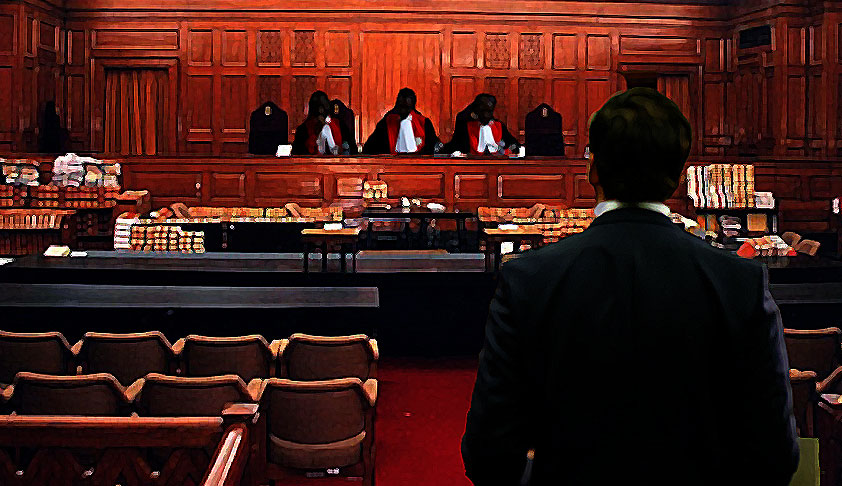 In legal language, an advocate is said to be “on his/ her legs” when appearing in a court of law.

However, this practice of advocates being on their legs while arguing at the Bench left an advocate from Ludhiana wondering if there were any rules calling for such a practice which, to him, amounted to inhuman treatment of advocates.

Hariom Jindal, an advocate practicing in district courts in Ludhiana, has filed various RTI applications before the Supreme Court of India in this regard and the response revealed there was no rule mandating advocates to remain standing while appearing in a court of law.

He then wrote to the National Human Rights Commission (NHRC) which has now asked the Bar Council of India to look into the grievances raised by Jindal and take appropriate action on merits.

Jindal, who has been honoured with a state award for his social work in the field of education of children living in the slums, said, “There is no difference in the basic qualification of judges and advocates. The age of advocates practicing in different courts in India ranges from early 20 to above 90 years. Some advocates are senior citizens of India,”

On August 29, 2017, he moved an RTI application to the CPIO, Supreme Court of India, asking about the rule that mandates advocates to remain in standing position while addressing the court.

His plea was transferred to the BCI which informed that the rules were silent on the issue raised by him.

On January 1, 2018, he moved another RTI application before the CPIO, Supreme Court of India, once again inquiring about the rule that mandates advocates to remain in a standing position while addressing the court.

On January 24, 2018, it was informed by the CPIO that no further information on the part of CPIO, Supreme Court of India, is called for.

Jindal said there has been continuous deterioration in the manner of treating advocates by public servants, including the judges, in courts and from the information obtained through various authorities, it is clear that there is no rule that mandates advocates to remain in standing position to address the court.

The complainant further mentioned that the advocates are not criminals and only represent the litigants to protect the interest of the innocent so that they do not suffer any punishment due to ignorance of the law or from any kind of exploitation.

He then urged the NHRC to get the matter inquired in view of the information received by him saying the issue pertains to the dignity and honour of every advocate.

“The commission has carefully examined the contents of the complaint which is based on several queries made by the complainant under the RTI Act with several authorities, including the Supreme Court of India.