'Free Vaccines For All' : A Powerful Impact Of Supreme Court's Judicial Review 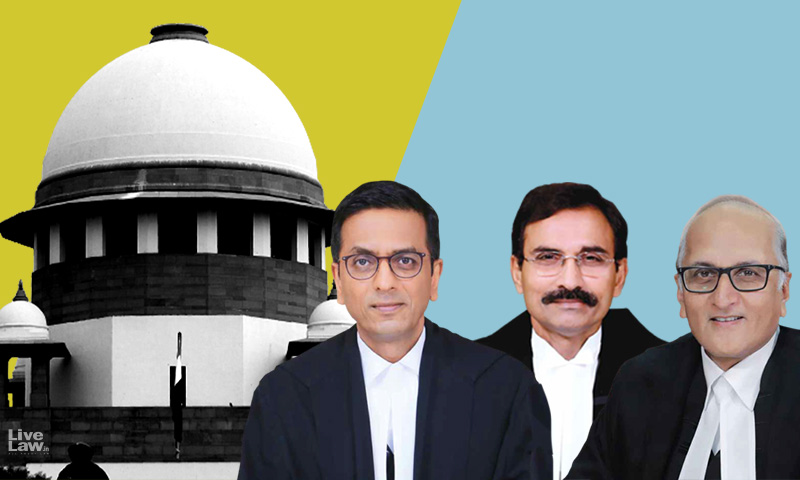 x
The Union Government's revision of the vaccination policy is a powerful example of what 'dialogic judicial review' can achieve.

On June 7, Prime Minister Narendra Modi, announcing a significant change in the vaccination policy, said that the Union Government has decided to procure vaccines for state governments as well. More importantly, the Prime Minister said that the benefit of Centre's free vaccination scheme will be extended to the age group of 18-44 years.Notably, this revision of the vaccine policy comes few...

Notably, this revision of the vaccine policy comes few days after the Supreme Court's harsh criticism against it while considering the suo moto case on COVID issues (In Re Distribution of Essential Supplies and Services During Pandemic).

Out of the several concerns expressed by a bench comprising Justices DY Chandrachud, L Nageswara Rao and S Ravindra Bhat with the 'Liberalized Vaccination Policy', the two prominent ones were :

(1) The dual pricing and procurement policy which forces states to directly procure vaccines from private manufacturers at a price fixed by them.  Why states should pay more, the Court asked, emphasizing the need for uniform price.The Court observed that this was prima facie discriminatory as states have the same constitutional obligation as the Union to protect the health of the people.

(2) The exclusion of the age group 18-44 years from the Centre's free vaccination scheme - the Court observed that this was prima facie arbitrary and irrational, particularly considering the fact this age group was the worst hit during the second wave of the pandemic.

In this connection, it is relevant to note that till a week ago, there was no indication of any revision in the vaccine policy, even though a lot of state governments were relentlessly calling for the same. Even as late as on May 31, the Centre maintained before the Supreme Court that 'all is well' with the vaccination policy, with the Solicitor General of India attempting to create a positive impression by mentioning the possibility of success in talks with foreign vaccine manufacturers.

It is also relevant to note that the Supreme Court in its May 31 order went few steps ahead of its previous order by asking the Centre to :

(2) Produce before the Court all relevant documents and file notings which led to the policy.

(2) Explain how the budgetary allocation of Rs 35,000 crores was utilized for vaccine procurement and clarify why this amount cannot be utilized for giving free vaccines for the category of 18-44 years.

It is clear that the Court decided to escalate its scrutiny to this degree as it was dissatisfied with the affidavit filed by the Centre in response to the specific queries raised by it in its April 30 order. It may be recalled that in its April 30 order, the Supreme Court detailed several constitutional lacunae with the vaccine policy and went to the extent of prima facie saying that it was "detrimental to the right to life and health" and that it needs a rethink to "make it conform to the mandate of Articles 14 and 21 of the Constitution of India".

"Prima facie, the rational method of proceeding in a manner consistent with the right to life (which includes the right to health) under Article 21 would be for the Central Government to procure all vaccines and to negotiate the price with vaccine manufacturers. Once quantities are allocated by it to each State Government, the latter would lift the allocated quantities and carry out the distribution. In other words, while procurement would be centralized, distribution of the vaccines across India within the States/UTs would be decentralized. While we are not passing a conclusive determination on the constitutionality of the current policy, the manner in which the current policy has been framed would prima facie result in a detriment to the right to public health which is an integral element of Article 21 of the Constitution. Therefore, we believe that the Central Government should consider revisiting its current vaccine policy to ensure that it withstands the scrutiny of Articles 14 and Article 21 of the Constitution" - April 30 order.

In the May 31 order, the Court expressed its dissatisfaction with the justifications provided by the Centre. For example, the Centre had said that the vaccine policy will not impact the underprivileged as all states have announced free vaccination policies. The Centre had also said that the pricing was competitively fixed so as to incentivize private players. Raising eyebrows at this justification, the Court asked how is this tenable when there are only two fixed manufacturers.

"The justification for this Policy has been adduced in a bid to spur competition which would attract more private manufacturers that could eventually drive down prices. Prima facie, the only room for negotiation with the two vaccine manufacturers was on price and quantity, both of which have been pre-fixed by the Central Government. This casts serious doubts on UoI‟s justification for enabling higher prices as a competitive measure. Furthermore, the Central Government justifying its lower prices on account of its ability to place large purchase orders for vaccines,raises the issue as to why this rationale is not being employed for acquiring 100% of the monthly CDL doses", the Court observed in its order.

The Court also repeated its questions on the factors leading to fixation of the vaccine prices. Whether the public aid to the manufacturers were accounted in the pricing, the Court asked. The Court also sought a comparison of the prices of the same vaccines sold in India and abroad. During the oral hearing, the bench was commented that the vaccines were sold at a much cheaper rate in USA and Europe.

Also, the Court had expressed concerns about the quota allocated to the private hospitals, which are selling vaccines at an exorbitant price. In this connection, it is relevant to note that the Prime Minister said today that the service charges of private hospitals for vaccines will be capped at Rs 150.

"Further consequences of the vaccination by private hospitals under the Liberalized Vaccination Policy relate to a simple issue at the core of their existence: at while they provide a public health service, they still remain private, for-profit entities. Consequently, they may sell the vaccine doses procured at a higher price, unless regulated stringently. Private hospitals also may not sell all their vaccine doses publicly through appointments on CoWIN, but rather sell them for lucrative deals directly to private corporations who wish to vaccinate their employees. Finally, private hospitals are not equally spread out across a State/UT and are often limited to bigger cities with large populations. As such, a larger quantity will be available in such cities, as opposed to the rural areas", SC in May 31 order.

So the intention of the Court was clear - that it was not ready to accept the Centre's arguments and that it was not hesitating to push the envelope on judicial scrutiny.

In fact, the Court summoning the files on vaccine policy and the Centre having to explain its utilization of budgetary allocation would have become a huge embarrassment for the government.

A major defence raised by the Centre was that judiciary cannot interfere in policy decisions, especially during the times of an unprecedented pandemic. The detractors of the Court's intervention commented that the judiciary was encroaching into the executive's field and was trying to rewrite the executive's policy without any domain expertise.

However, a careful analysis of the Court's intervention would show that it was not attempting to rewrite the policy. Instead, it was performing the classical judicial function of 'dialogic judicial review', where the Court raises questions at the executive and demands justifications from it on the anvil of constitutional rights.

In fact, the Court explains this in its order, perhaps preempting the criticism of judicial overreach.

"Our Constitution does not envisage courts to be silent spectators when constitutional rights of citizens are infringed by executive policies....Judicial review and soliciting constitutional justification for policies formulated by the executive is an essential function, which the courts are entrusted to perform", the bench said.

"In grappling with the second wave of the pandemic, this Court does not intend to second-guess the wisdom of the executive when it chooses between two competing and efficacious policy measures. However, it continues to exercise jurisdiction to determine if the chosen policy measure conforms to the standards of reasonableness, militates against manifest arbitrariness and protects the right to life of all persons", it said.

Asserting that it is only "assuming a dialogic jurisdiction", the bench said :

"This Court is presently assuming a dialogic jurisdiction where various stakeholders are provided a forum to raise constitutional grievances with respect to the management of the pandemic. Hence, this Court would,under the auspices of an open court judicial process, conduct deliberations with the executive where justifications for existing policies would be elicited and evaluated to assess whether they survive constitutional scrutiny".

So, the Court was treading very cautiously, mindful of its own limitations and the repercussions of a drastic reversal, and was exercising its 'ask and nudge' jurisdiction, by highlighting the constitutional problems with the executive policy and urging a rethink. The Court's intervention was incremental and gradual, after giving sufficient window of time for the Centre to have deliberations with experts.

It is after a long time that we are witnessing such a well-calibrated and powerful act of judicial review. Over the past few years, the Supreme Court was coming under severe public criticism of abdication and evasion in important public matters which impact the constitutional rights of citizens. Even the beginning of this suo moto COVID case was mired in controversy, as it was widely apprehended that the attempt of the top court was to scuttle the High Courts, which were passing several powerful orders in pandemic related issues.

After Justice NV Ramana assumed the office of the Chief Justice of India, the suo moto case was assigned to the bench led by Justice DY Chandrachud. At the outset itself, the new bench allayed the apprehensions of scuttling the High Courts by clarifying that the top court will deal with only national issues.

It is also worthwhile to mention that it was a delight to witness the hearings in the case before the bench of Justices DY Chandrahcud, Nageswara Rao and Ravindra Bhat. The proceedings were lively, dynamic and educative. One could see all the members of the bench actively participating in the judicial dialogue to elicit answers from the executive. Although the observations of the bench were impactful, they were made in an atmosphere of utmost cordiality.

Another notable feature is the detailed interim orders passed in the case, reflecting all arguments and submissions made during the proceedings. The judges' oral observations were not just to create news headlines, but made their way to the judicial orders.

One can certainly say that the Supreme Court spoke on behalf of the citizens in this case and asked their questions about the vaccination policy. And now, we are seeing a positive change.