MediaOne Case : The Danger In Allowing Unchecked Use Of National Security Ground To Curb Free Speech 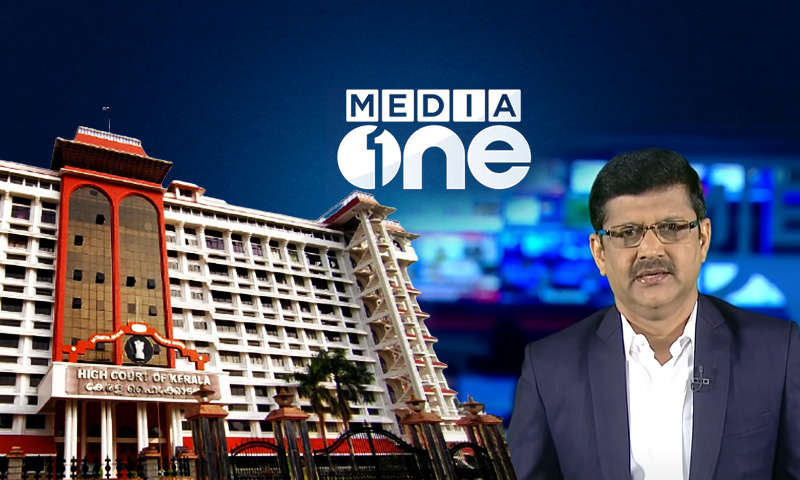 x
Allowing the State to raise the national security ground to curb rights without any checks can lead to dangerous consequences.

The proposition that natural justice principles are not at all applicable in a national security issue, which has been applied by the Kerala High Court to uphold the telecast ban of MediaOne news channel, raises deeply troubling questions. The specific reasons for not renewing the broadcast license of the channel are not known either to its management or to the public, except that...

The proposition that natural justice principles are not at all applicable in a national security issue, which has been applied by the Kerala High Court to uphold the telecast ban of MediaOne news channel, raises deeply troubling questions.

The specific reasons for not renewing the broadcast license of the channel are not known either to its management or to the public, except that the Ministry of Home Affairs denied security clearance. The relevant files were produced before the High Court in a sealed cover, and after perusing them, the Court endorsed the decision of the Union Ministry and dismissed the writ petition filed by the channel management.

The Court relied on two Supreme Court judgments which held that strict observance of natural justice principles are not required when the State raises the issue of national security. The first one is a 2014 judgment in the case Ex-Armymen's Protection Services Private Limited v. Union of India and others [(2014) 5 SCC 409] which held : "Once the State is of the stand that the issue involves national security, the court shall not disclose the reasons to the affected party". The second one is the 2019 decision in the case Digi Cable Network (India) Private Limited v. Union of India and others [AIR 2019 SC 455], which completely followed the Ex-Armymen's dictum in a case relating to denial of license under Cable TV Networks Act.

Let us analyze how sustainable is this principle, which shields national security issues from right to know and right to hearing, in the light of the development of constitutional law jurisprudence relating to proportionality principles (Modern Dental College, Anuradha Bhasin cases), right to privacy (Puttaswamy) and judicial review over national security (Pegasus case).

In the Ex-Armymen case, a 2-judge bench of the Supreme Court, after referring to certain United Kingdom decisions relating to limited judicial interference over national security, came to a direct conclusion that :

"Thus, in a situation of national security, a party cannot insist for the strict observance of the principles of natural justice. In such cases it is the duty of the Court to read into and provide for statutory exclusion, if not expressly provided in the rules governing the field. Depending on the facts of the particular case, it will however be open to the court to satisfy itself whether there were justifiable facts, and in that regard, the court is entitled to call for the files and see whether it is a case where the interest of national security is involved. Once the State is of the stand that the issue involves national security, the court shall not disclose the reasons to the affected part".

This dictum was fully applied by another 2-judge bench in the 2019 case Digicable, without extra discussion.

The effect of this dictum is that State can claim almost absolute immunity if it is restricting fundamental rights on the ground of national security. Does our Constitution envisage such a situation? As per Article 19(2), "security of the state" is a ground on which restrictions can be imposed on the fundamental right to freedom of speech and expression. However, it is qualified by the word "reasonable". So, even while invoking "security of the state" as a ground, the restrictions have to be reasonable. This conditionality of reasonableness automatically brings in the doctrine of proportionality, which was expounded by a 5-judge bench of the Supreme Court in the 2016 case Modern Dental College & Reserach Centre vs State of MP 2016 7 SCC 353. The restrictions must meet the 4 tests of proportionality as follows :

(a) A measure restricting a right must have a legitimate goal (legitimate goal stage).
(b) It must be a suitable means of furthering this goal (suitability or rational connection stage).
(c) There must not be any less restrictive but equally effective alternative (necessity stage).
(d) The measure must not have a disproportionate impact on the right­holder (balancing stage).

This four-pronged test was endorsed by the seven-judge bench in the Puttaswamy case. Justice SK Kaul, in his judgment in Puttaswamy, explained as follows :

This test was applied by the Supreme Court in the 2020 decision in the case of Anuradha Bhasin vs Union of India in the context of the internet suspension and media restrictions imposed in Jammu & Kashmir following the abrogation of its special status.

Though in the Anuradha Bhasin case, the Court cautioned against "excessive utility of the proportionality doctrine in the matters of national security", no absolute immunity for national security grounds has been carved out.

Later, in the recent Pegasus case(ML Sharma vs Union of India), the Supreme Court categorically declared that judicial review is not completely barred in national security matters.

"It is a settled position of law that in matters pertaining to national security, the scope of judicial review is limited. However, this does not mean that the State gets a free pass every time the spectre of "national security" is raised.

National security cannot be the bugbear that the judiciary shies away from, by virtue of its mere mentioning. Although this Court should be circumspect in encroaching the domain of national security, no omnibus prohibition can be called for against judicial review".

A 3-judge bench led by the Chief Justice of India observed in this case that "mere invocation of national security won't render the Court a mute spectator". But in the MediaOne case, it appears that the single bench of the Kerala High Court acted like this – a mute spectator. The bench did not take into account the aforementioned judicial developments, which can be said to have the effect of diluting the rigid dictum in Ex-Armymen and Digicable cases. It is also worthwhile to note that the other decisions, Modern Dental, Puttaswamy, Anuradha Bhasin and Pegasus cases have been rendered by larger benches when compared to Ex-Armymen and Digicable cases.

It is baffling how the single bench sidestepped the Pegasus case judgment by saying that it dealt with the right to privacy and not free speech. Press freedom was at the heart of the issue in Pegasus case. In any case, this is a facile way of distinguishing a judgment, and such an approach goes against the principles under Article 141 of the Constitution.

In the J&K 4G restoration case, the Supreme Court had spoken about the need to balance fundamental rights with national security concerns. However, in the MediaOne case, there was no attempt at balancing. Even when the State is pleading national security, the Court is bound to examine the issue from the standpoint of proportionality principle. Are there less restrictive measures available? Is the measure resulting in a disproportionate burden on the affected party? Are there procedural safeguards? Is it a case where a sledgehammer is used where the use of a screwdriver would have sufficed?

However, the Court chose to completely accept the ipse dixit of the executive, without any questioning or probing; and all this while, the affected party was kept in total darkness regarding the grounds.

It is one thing to say that the scope of judicial review is limited over national security issues. However, it is a different thing to say that the reasons should not be divulged to the affected party. That constitutes a disproportionate invasion into fundamental rights, especially in the context of press freedom, where the public's right to know is also involved.

It will not be out of place to mention that MediaOne had faced a 48-hour ban in 2020, along with another Malayalam channel Asianet News, over their reports about Delhi riots. The ban was however withdrawn by the Government within a few hours (This author had commented then that the ban orders were unsustainable in law). In the present situation, it is not known if the ban is motivated by any of the programs aired by the channel. The single bench's judgment refers to Rule 6 of the Program Code which says that no program should contain "criticism of friendly countries, anything against maintenance of law and order or which promote anti-national attitudes, contains aspersions against the integrity of the President and Judiciary, etc". However, no light is shed on if the contents of the channel violated the Program Code. Even if that is the case, the complete ban of the channel is not contemplated under the Cable TV Act and the action is to be against the offending program (Section 20(3)). If the ownership or the financing of the channel has security concerns, that also is not a matter to be kept under the carpet, as it warrants necessary action under the relevant penal statutes. If there are such grave security concerns relating to the channel, even the public are entitled to know about the same.  Now the Court has allowed the creation of a cloud of suspicion over the channel, but without any opportunity to redeem their image. In other words, they have been condemned unheard. Even a person who is accused of grave terrorism offences is informed about the charges and given a platform to defend himself. We are a country that takes pride in the rule of law and due process followed by affording full and fair trial even to a dreaded terrorist like Ajmal Kasab before hanging him.

Therefore, to totally exclude natural justice principles on the mere citing of national security ground is a highly problematic practice. This approach holds immense potential for abuse to target and silence critical voices with absolute sense of impunity. At a time when India is faring extremely poor in the world press freedom index and when there are rising concerns about the shrinking space for dissent, allowing the State to raise the national security ground without any checks can lead to dangerous consequences. It is hoped that this principle is reviewed on the basis of far deeper considerations, particularly in the light of the development in our rights jurisprudence.

Before concluding, it is apposite to refer to the slogan of The Washington Post - "Democracy dies in darkness".