UAPA Wrecking Lives : What Is The Human Cost? 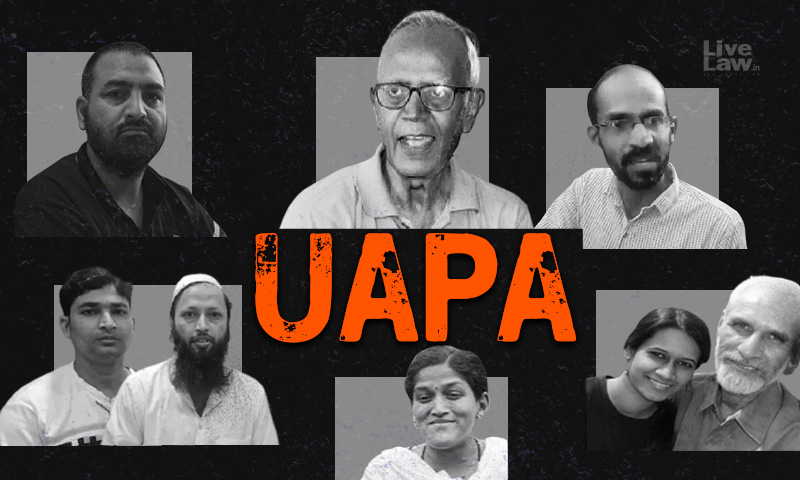 x
It is high time that the human costs extracted by the unjust detentions under UAPA are calculated and accountability is fixed on those investigating officers who trapped innocents by misusing the statute.

This article is not about how the draconian Unlawful Activities Prevention Act(UAPA) is leading to blatant violations of civil liberties and how the act is being used to criminalize dissent. Much has been written and commented about this aspect by several constitutional scholars. Experienced criminal law practitioners have highlighted that the stringent bail provisions of UAPA result...

Subscription starts from
₹ 599+GST
(For 6 Months)
View Plans
Premium account gives you:
Subscribe Now
Already a subscriber?
Login
This article is not about how the draconian Unlawful Activities Prevention Act(UAPA) is leading to blatant violations of civil liberties and how the act is being used to criminalize dissent. Much has been written and commented about this aspect by several constitutional scholars. Experienced criminal law practitioners have highlighted that the stringent bail provisions of UAPA result in innocent persons languishing as undertrials on flimsy and fanciful chargers, only to be acquitted several years later. There is no need to add to the overwhelmingly compelling critical commentaries about UAPA.

But there is a need to document the human cost extracted by this stringent law. This is a humble attempt.

Father Stan Swamy's death as an undertrial in Bhima Koregaon case has triggered off righteous anger against the UAPA. The sight of an octogenarian priest repeatedly begging for bail on medical grounds in vain is not edifying for the Indian legal system. Even for a basic requirement of straw and sipper to drink water (he needed external aids as he was suffering from Parkinson's), he had to petition the court. The National Investigation Agency opposed his bail, though they did not seek his custody and insisted that the frail man should be kept in prison although chargesheet was submitted. Father Stan told the Bombay High Court in a personal interaction that the nine months of imprisonment led to his deterioration.

'Taloja Jail Has Brought Me To A Situation Where I Can't Eat, Write Or Walk Myself' : An Account Of Father Stan Swamy's Struggles For Basic Rights

Father Stan Swamy's death evoked widespread responses even at global level. The United Nations Human Rights Body remembered Father Stan as a long standing activist for the rights of the tribals and marginalized and urged India to release all persons detained without legal basis, including those imprisoned for expressing dissent.

But there are lesser known victims of UAPA too. Six months ago, a 38-year old woman died in Pune's Yerwada jail, while awaiting trial in a UAPA case for over six years. It was Kanchan Nanaware, who was arrested in September 2014 by the Maharashtra ATS alleging 'Maoist' links. Afflicted with prolonged cardiac ailments, she had sought for bail on medical grounds, which the Sessions Court rejected twice. She died while the Bombay High Court was considering her bail application. The Court had directed the constitution of a medical committee to supervise her health situation. Two months after the petition was filed, she died. Doctors had recommended a heart transplant for her. "…it is unfortunate that her health condition did not push the courts to give a favourable order and grant her bail. She was accused of Maoist activities and the tragedy is we would never know whether she was really involved. She was punished through her incarceration," her lawyer Rohan Nahar told The Wire.

Last year, Advocate Surendra Gadling, who was arrested in the Bhima Koregaon case in June 2018, lost his mother. He filed an application two days after his mother's death seeking interim bail to take part in funeral rights. The application was not immediately decided. A month later, the Special NIA Court rejected the application saying "it cannot be said that the presence of the applicant would be necessary for performing the funeral rites or rituals". The NIA had opposed the bail application saying he was accused of heinous offences under UAPA. He has now approached the Bombay High Court seeking interim bail to join family on the first death anniversary of his mother.

In May, student activist Natasha Narwal lost her father while she was under custody in the Delhi riots conspiracy case. After a month, the Delhi High Court granted Natasha(she was earlier given 3-weeks temporary bail to attend funeral rites) and two co-accused Asif Iqbal Tanha and Devangana Kalita bail prima facie observing that the chargesheet does not make out offences under UAPA against them. The High Court said that chargesheet only indicated that the accused had mobilized people for anti-CAA protests, which cannot be termed as 'terrorist act' within the meaning of UAPA.

Journalist Siddique Kappan, who was arrested by the UP police in October last year while he was proceeding to report the Hathras crime, could not be with his nonagenarian mother during her final days, as he was under custody in a Mathura jail under UAPA. In January, the Supreme Court had permitted him 5 days bail under strict conditions to meet his ailing mother.

Recently, a UP Court refused bail to Kappan, who steadfastly maintains that the case against him is "fake".

In a brief interaction with media when he was produced before Court, Kappan said that he still has faith in the Constitution. "But justice delayed, is justice denied", he told media persons, before being led into the police van.

'I still believe in our constitution but this is justice delayed. This is fake case, completely fake case'
Kerala journalist Siddique Kappan after Mathura court dropped bailable offences against him. #siddiquekappan pic.twitter.com/3c957h4iBs

Recently, a series of judgments came from trial courts in different parts of country, acquitting persons of UAPA charges after trial of several years. A study of these judgments expose a callous side of our criminal justice system, in which the trial process itself translates into the punishment .

On March 6, 2021, a trial Court at Surat acquitted 122 persons who were accused of terror links under UAPA, after a trial spanning over 19 years. During the year 2002, the Gujarat Police arrested 127 persons who had attended a meeting in Surat in December 2001 under the banner of the All-India Minority Education Board. They were accused of promoting the activities of banned organization SIMI. The case was highly sensationalized at that period in the wake of the charged atmosphere after the 9/11 attacks. The accused, from different parts of the country( Tamil Nadu, West Bengal, Maharashtra, Madhya Pradesh, Rajasthan, Karnataka, Uttar Pradesh and Bihar) were granted bail in batches during 2003. A recent report in 'Article 14' narrates the harrowing experiences the accused had to undergo during the trial of the case. The acquittal after the long winding trial came at a price, as the repeated court visits and constant summoning to police station disrupted peace and normalcy of their lives. Five of them died during the trial.

Last month, a Court in Mumbai acquitted two men, Mohammed Ilyas and Mohammed Irfan, who were held as undertrial prisoners in a UAPA case for nearly 9 years. The Maharashtra ATS had arrested them in 2012 accusing them of having links with LeT. "We will not get back the nine years we spent in jail," they told the press after release from prison. Irfan was a fruit seller and Ilyas ran a battery shop before. Ilyas had filed at least four bail applications, but was rejected each time. Irfan was granted bail in 2019 by the Bombay High Court, which observed that there was no prima facie case made out. However, the bail order was stayed by the Supreme Court after four months. 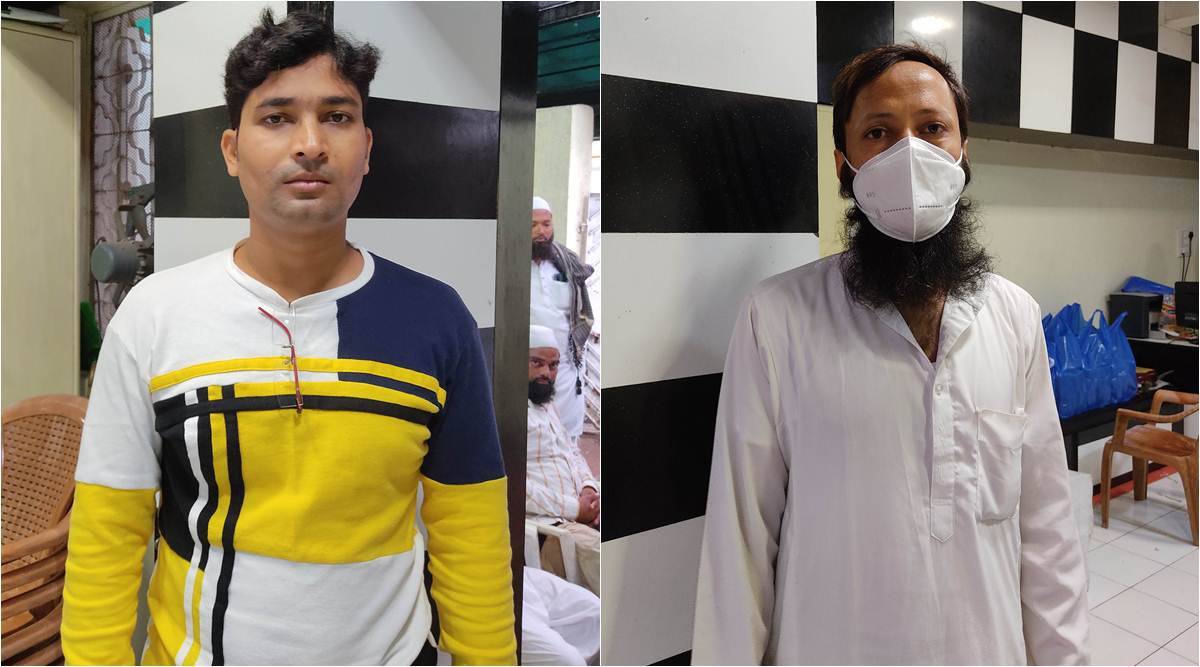 Bashir Ahmed Baba, a native of Kashmir, had to languish in a Gujarat prison for 11 years, before the UAPA allegations against him were proved false. He was arrested by the Gujarat police in 2010 when he visited Ahmedabad to attend a career workshop. The police accused him of having links with Hizbul Mujahideen. In July 2021, a trial court in Gujarat discarded the allegations and held that there was no evidence for his links with terrorist group. Talking to media after his release, Bashir Baba said that he regretted the lost years of his youth. "It was a long struggle to prove my innocence. I have to nurse the wound all my life for not being able to participate in the final rites of my father in 2017," Mr. Baba told 'The Hindu'. 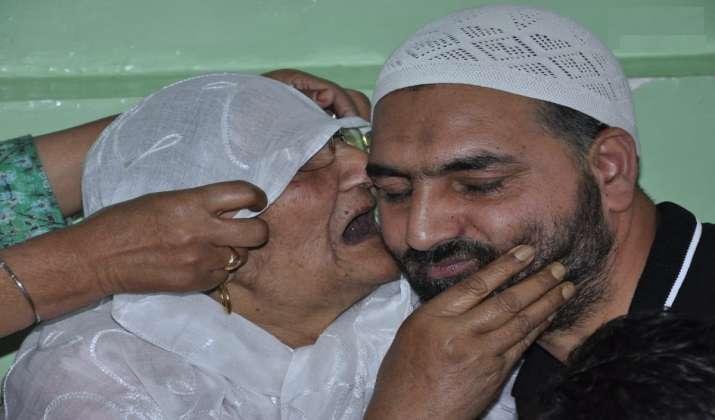 In June, a Bangalore court discharged an autorickshaw driver from Tripura, Mohammad Habeeb, after four years of custody in the IISc attack case. The NIA judge observed in the discharge order he failed to understand why the man was arraigned as accused in the first place, as there was no evidence to link him to the case. 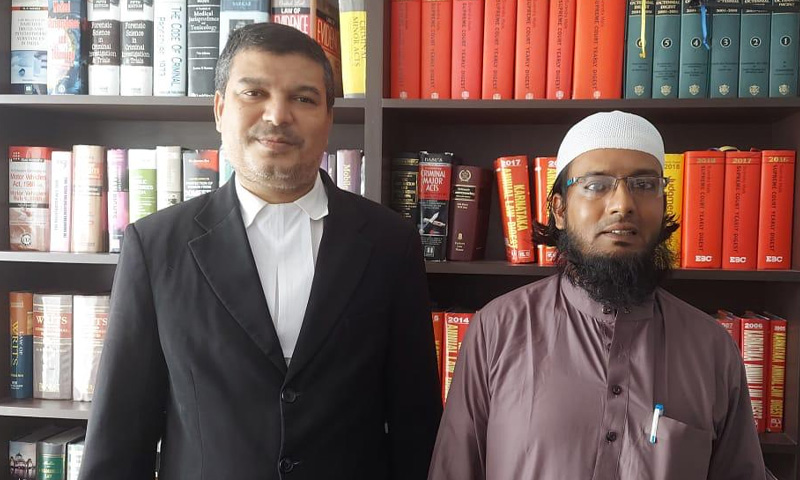 Recently, Assam politician Akhil Gogoi was discharged of two UAPA cases, which were slapped on him after he led anti-CAA protests in December 2019. The Court orders said that mere call for a blockade or fiery speeches criticizing the government will not amount to 'terrorist acts' under the UAPA.

As per the statistics from the National Crime Records Bureau, the conviction rate in UAPA cases was less than 2% during 2015-19. Remember, this is despite the dilution of prosecution's burden of proof and greater acceptance to confessional statements under the anti-terror law. And this staggeringly high rate of acquittals comes after years of prolonged trial which extract the life, liberty and dignity of the innocent persons. Some of them like Father Stan Swamy do not last long enough to see the outcome of the case.

In this backdrop, the concern expressed by several lawyers and activists about UAPA being used as a political tool to target dissidents, especially those belonging to religious and ethnic minorities, assume relevance. In the judgment granting bail to accused in the Delhi riots conspiracy case, the Delhi High Court also shared its apprehensions about UAPA being used to muzzle dissent.

"We are constrained to express that it seems that in its anxiety to suppress dissent, in the mind of the State , the line between the constitutionally guaranteed right to protest and terrorist activity seems to be getting somewhat blurred.. If this mindset it would be a sad day for democracy", the High Court observed.

It is high time that the human costs extracted by these unjust detentions under UAPA are calculated and accountability is fixed on those investigating officers who trapped innocents by misusing the statute. The Courts, instead of merely acquitting or discharging the accused, should think of measures to compensate them for their liberty and dignity lost during prison term. The State should extend a healing touch to the UAPA victims, through rehabilitation measures to enable them to piece together their shattered lives . Otherwise, the constitutional guarantee of personal liberty will remain only an empty promise.