When Trial Judges Stood Up Against The State's Might 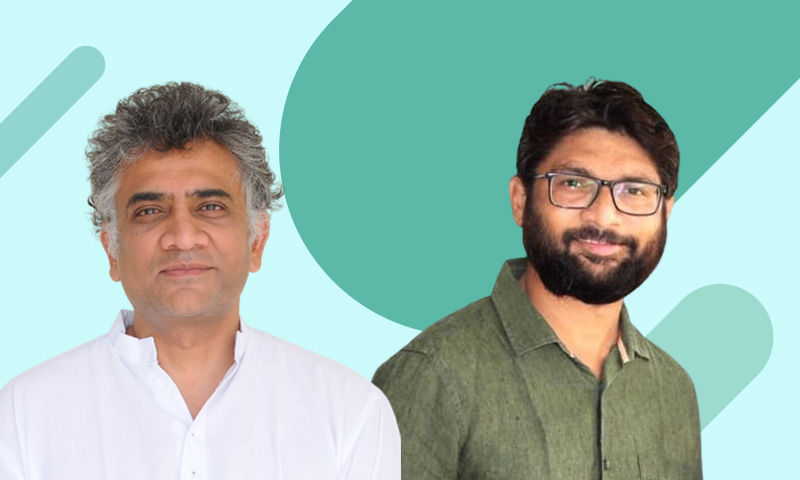 It is often said that trial courts are the first line of defence of fundamental rights. In order to protect personal liberty from arbitrary and illegal arrests, the Constitution mandates in Article 22(2) that an arrested person should be produced before the nearest Judicial Magistrate within 24 hours of the arrest. Thus, it is the Magistrate who is called upon to protect the most...

It is often said that trial courts are the first line of defence of fundamental rights. In order to protect personal liberty from arbitrary and illegal arrests, the Constitution mandates in Article 22(2) that an arrested person should be produced before the nearest Judicial Magistrate within 24 hours of the arrest. Thus, it is the Magistrate who is called upon to protect the most sacrosanct fundamental right by reviewing the police action at the first instance. The remand of an accused is therefore not supposed to be mechanical process but a judicial action after recording satisfaction about the legality and necessity of arrest.

About the role of trial courts, the Supreme Court observed in a case that "the trial Judges have as much, if not more, responsibility in safeguarding the fundamental rights of the citizens of India as the highest court of this land".

However, very often, trial courts are found failing in this solemn duty. One comes across innumerable cases where the accused are routinely remanded at the mere asking of the investigating agency, without proper application of judicial mind. And if it is a case involving a particular political interest for the State, the trial courts tend to be overly indulgent towards the investigating agencies. Commenting about this worrying trend, former Supreme Court judge Justice Madan B Lokur had said "Magistrates need to apply their minds and not blindly trust the prosecution..Judiciary has to be on guard to see police is not exceeding its authority. Examine the FIR, examine the case diary...find out what is happening, and remand the person to police or judicial custody only if it is necessary".

Former Supreme Court judge Justice Deepak Gupta has also voiced similar views while adding that Magistrates should be trained well to instil in them a sense of Constitutional duty.

In this background, the recent orders passed by trial courts in the cases of Aakar Patel and Jignesh Mevani are heartening and reassuring. Both were high profile cases involving overzealousness of the investigating agencies apparently due to some vested interests of the political executive. Aakar Patel, former head of Amnesty India, is a fierce critic of the Central Government and Prime Minister Narendra Modi.  On April 6, he was prevented at the Bengaluru airport from travelling to the USA on the basis of a Look Out Circular(LOC) issued by the CBI on account of an an FCRA case against Amnesty. He was to travel to US on invitation from few universities to deliver lectures on topics related to civil liberties in India.

Next day, he moved an application challenging the LOC before the Additional Chief Metropolitan Magistrate(ACMM) at Rouse Avenue Delhi (which is considering the case against Amnesty). Quite remarkably, the ACMM decided the application on the same day by directing the CBI to withdraw the LOC immediately.

ACMM Pawan Kumar passed a scathing order against the CBI, pulling up the agency for issuing the LOC without proper legal grounds. There was nothing on record to show that Patel was deliberately evading arrest. He was issued a notice of appearance in 2019, which he complied with. He was never arrested at the investigation stage and chargesheet has been filed in the case.

The judge noted that there was "inherent contradiction" in the stand taken by the CBI as "on the one hand, CBI claims that the LOC was got issued as the applicant was a flight risk, and in contradiction to that the accused was not arrested during the investigation and charge sheet was filed without arrest". LOC cannot be issued "merely on the basis of apprehensions arising out of whims and fancies of the investigating agency", the order stated.

The judge went to the extent of saying that the LOC was "deliberate act" of the investigating agency to put restriction on the valuable rights of the accused. Not stopping there, the ACMM directed that the CBI director should serve a written apology to Patel acknowledging the lapse of his subordinate.

The ACMM's order was marked with exceptional promptitude, clarity and boldness. On April 16, the Sessions Court affirmed the order on merits but set aside the direction to the CBI director to fix accountability on the officials and to apologise to Patel for the issuance of the LOC.

The criminal actions taken against Jignesh Mevani raise troubling questions at our democracy.  That an opposition MLA could be taken away overnight by a police from another state across 1000 kilometers, without any prior notice as mandated by the CrPC, in an FIR registered over few tweets against the Prime Minister, is highly disconcerting. Just in a matter of day, Mevani was in a jail in Assam. Soon after he got bail in this case, he was arrested again in another FIR registered by Assam police on allegations of assaulting and molesting a woman cop.

On April 29, the Sessions Judge at Barpeta granted Mevani bail in the second case. While the swiftness with which the bail was granted is commendable, another aspect makes the order incredibly exceptional. Sessions Judge A Chakravarthy tore apart the police case and called out the police highhandedness.

"No sane person will ever try to outrage the modesty of a lady police officer in presence of two male police officers and there is nothing in the record to hold that the accused Jignesh Mevani is an insane person", the judge stated in the order. The judge also noted several contradictions in the statements of the complainant policewoman.

The judge did not mince his words in observing that the case was "manufactured" by abusing the process of law with the motive of prolonging Mevani's detention.

"In view of the above testimony of the victim woman, the instant case is manufactured for the purpose of keeping the accused Shri Jignesh Mevani in detention for a longer period, abusing the process of the court and the law".

The judge did not leave the matter there. He made pertinent observations to the effect that the police force should be reformed to "prevent the registration of false FIRs like the present one". Observing that encounter killings have become a "routine phenomenon" in the state, the judge said that measures such as making police officials wear body cameras while making arrests and searches and installation of CCTV cameras in police vehicles are necessary.

"Otherwise, our State will become a Police State, which the society can ill afford. Even opinion is growing in the world for providing next generation human rights to the people in the democratic countries like, right to recall an elected representative, right to destabilise an elected government, etc. therefore, converting our hard earned democracy into a Police State is simply unthinkable and if the Assam Police is thinking about the same, the same is perverse thinking", the judge observed while requesting the Chief Justice to consider whether the matter may be taken up as a Public Interest Litigation to curb the ongoing police excesses in the State.

The cases against Patel and Mevani were not ordinary cases. Without the directions from those at the higher echelons of power, the lower level officials would not have ventured to take these drastic actions against Patel and Mevani. Therefore, the judges in these cases were in effect dealing with the full might of the State, and without crumbling, they asserted judicial independence.

On another perspective, the fact that we have to celebrate these orders is a sad reflection of our criminal justice system. "Bail is the rule and jail is exception" is a rule which is observed mostly in breach by the judiciary, which has led to the large percentage of undertrails in our prisons. When activists and dissenters were targeted through politically motivated cases, one mostly sees judiciary assuming the role of a passive onlooker, if not actively complicit with the State. In bail hearings in constitutional courts, one hears irrelevant questions like why harsh criticism was used against the Prime Minister. Instead of reviewing the prosecution case, the judges are seen lecturing the accused about the "lakhsman rekha" for criticism. In such a grim scenario, judges like ACMM Pawan Kumar and Sessions Judge A Chakravarthy will be celebrated, as they offer a glimmer of hope.