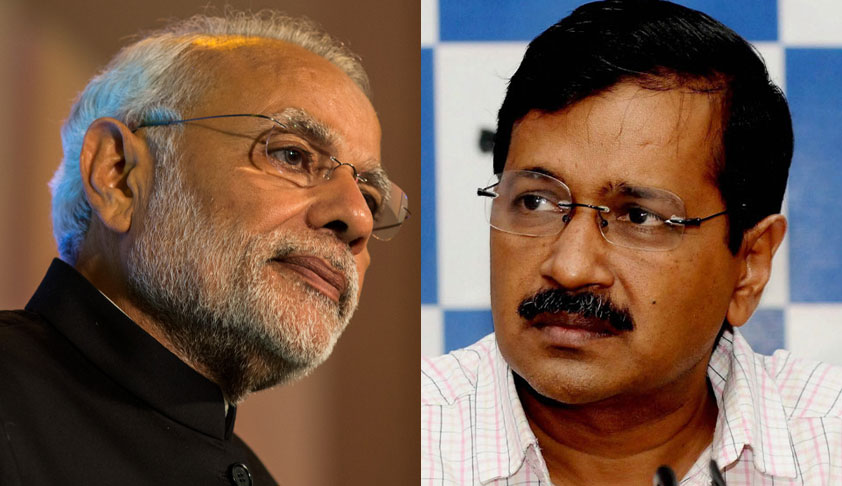 A five-judge Constitution Bench of the Supreme Court today commenced the much-awaited hearing on a batch of petitions pertaining to power tussle between Delhi's Arvind Kejriwal government and the Centre.The bench comprises of Chief Justice Dipak Misra and justices A K Sikri, A M Khanwilkar, D Y Chandrachud and Ashok Bhushan.Senior Advocate Gopal Subramanium is now arguing for the...

A five-judge Constitution Bench of the Supreme Court today commenced the much-awaited hearing on a batch of petitions pertaining to power tussle between Delhi's Arvind Kejriwal government and the Centre.

In a significant move, after hearing the matter for more than five months, a two judge bench of the Supreme Court had on February 25  referred to a constitution bench all the petitions pertaining to the issue.

Through an SLP, the Delhi government had challenged the August 4, 2016 judgment of the Delhi High Court that declared Lt Governor as the “administrative head” and ruled that he is not bound by the aid and advice of the council of ministers.

The Centre had all along been demanding that the matter be referred to the constitution bench.

Important questions of law and constitution are involved in the case and it would be in the fitness of things that the matter be adjudicated by constitution bench, a bench of justices A K Sikri and N V Ramana had said

Senior lawyer Gopal Subramanium, one of the top counsel representing the Delhi Government in the SLP submitted a detailed written submission giving 47 grounds why the HC order is “erroneous” and should be set aside.

From the appointment of public prosecutors, to the setting up of Commissions of Enquiry to look into instances of corruption and maladministration by public servants, the Union - acting through the Lieutenant Governor - has opposed most executive decisions taken by the government of NCT of Delhi, the Kejriwal government has told apex court.

Subramanium has contended that the High Court’s interpretation is completely contrary to the democratic spirit and the basic structure of the Constitution. It is also contrary to the plain and conscious legislative scheme.

“The impugned judgment wholly erases the effect of Article 239AA(3)(a), the explicit terms of Article 239AA(4) and the legal dispensation of those subjects within the legislative ken of the elected Assembly of Delhi as distinct from the three reserved subjects. It renders meaningless, the words “required to act on the aid and advice….” It says.

Subramanium had earlier referred to previous LG Najeeb Jung constituting a three-member panel to examine over 400 files containing “infirmities and irregularities” in the decisions taken by the government. “The functioning of the committee also needs to be stayed. Legitimacy cannot be given to it till the issue is decided by this court”, he had argued earlier.

The AAP maintains that if an elected government did not have control over the mechanism to weed out corruption through the Anti-Corruption Branch (ACB), then its functioning would be ridiculed by the people who had given it the mandate to govern for five years.