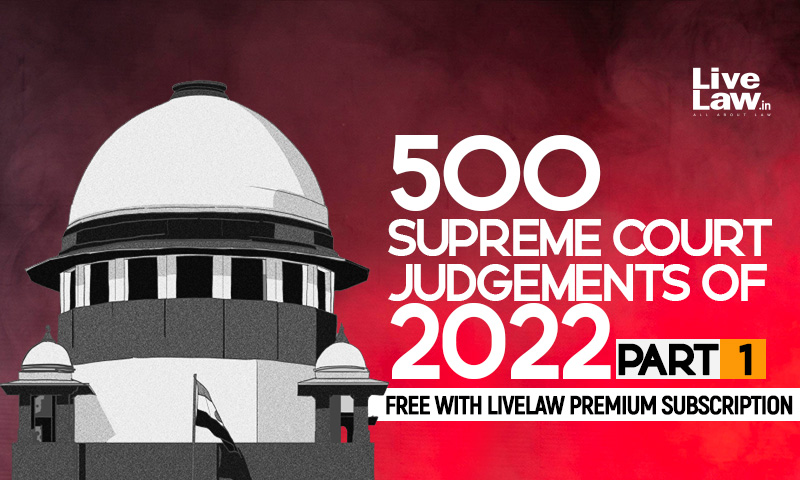 500 Supreme Court LiveLaw Citations 2022 Part 1 (Citations 1 - 100) Service Law - If a regular promotion is offered but is refused by the employee before becoming entitled to a financial upgradation, she/he shall not be entitled to financial upgradation only because she has suffered stagnation. This is because, it is not a case of lack of promotional opportunities but an employee...