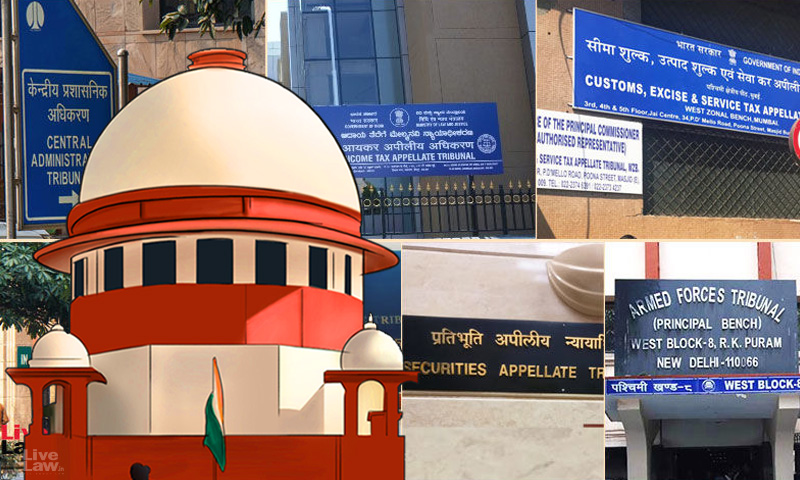 While lamenting the non-constitution of National Tribunals Commission by the Central Government, Supreme Court on Wednesday emphasised the need to have an independent body for making appointments to the Tribunals across the country.

A special bench comprising Chief Justice of India NV Ramana, Justice DY Chandrachud and Justice L Nageswara Rao observed that the Court has not heard anything from the Central Government regarding the National Tribunals Commission which was directed to be constituted by the Court through its previous judgements.

The bench pointed out to the Attorney General for India KK Venugopal that he had agreed to the suggestion for constitution of a National Tribunals Commission in the Madras Bar Association case.

"Right from L. Chandra Kumar's case, this court has been speaking of an independent body for making appointments. You were also in agreement with us when we spoke about the National Tribunals Commission. Till the national commission is constituted, we had said there should be one separate wing in the finance ministry to take care of all these appointments etc. We do not know whether anything has happened. Regarding National Tribunal Commission, we have not heard anything at all. The government has to come up with an independent body, only then we would see some results!", Justice Nageswara Rao observed.

The Attorney General for India KK Venugopal appearing for the Union of India submitted that he would make a note of the issue and get response from the Government.

"The problem is that everyone is aware of the problem. Nobody is on the question of solution. We have already indicated in Roger Matthews and subsequent cases about the National Tribunals Commission. We have given the solution also. It is for you to implement or not. Now we don't want to trouble you more than this. We will adjourn for a week. Please ask the government to get some proper instructions". CJI Ramana said.

The Supreme Court had in November last year directed the Central Government to constitute a National Tribunal Commission for the appointment of members in various Tribunals.

Till the constitution of the National Tribunal Commission, a separate wing in the Ministry of Finance was directed to be formed to cater to the needs of the Tribunals.

L Chandra Kumar Vs Union of India, 1997: In this judgement passed by Supreme Court in 1997, the Court had emphasised the creation of a single umbrella organisation to supervise the Tribunals and ensure that the independence of the members of all such Tribunals is maintained.

The Court was of the view that, until a wholly independent agency for the administration of all Tribunals can be set-up, it is desirable that all such Tribunals should be, as far as possible, under a single nodal Ministry which will be in a position to oversee the working of these Tribunals.

Rojer Mathew's Case, 2019: The 2017 Tribunal Rules were quashed by the Supreme Court in this case on the ground that they affected judicial independence.

Justice Chandrachud had written his separate but concurring judgment, and recommended the constitution of an independent statutory body called the National Tribunals Commission.

The Commission was to be constituted to oversee the selection process of members, criteria for appointment, salaries and allowances, introduction of common eligibility criteria, for removal of Chairpersons and Members as also for meeting the requirement of infrastructural and financial resources.

The Court had observed that the legislature had taken no action and an umbrella organisation to oversee the working of Tribunals was not constituted despite directions issued by the top Court in Chandra Kumar nearly two decades ago.

The Court had noted that while the setting up of the NTC is within the competence of the legislature, it must be ensured that the guidelines that have been laid down by Supreme Court to ensure the independence and efficient functioning of the tribunal system in India are observed.

The Bench had pronounced the Judgment in a batch of petitions challenging the constitutionality of the 'Tribunal, Appellate Tribunal and other Authorities (Qualifications, Experience and other Conditions of Service of Members) Rules, 2020 ('Tribunal Rules 2020)'.

The Bench made the observations while hearing the following pleas:

Also From The Hearing: 'We Are Very Unhappy': Supreme Court Says Centre Made NCLT/ITAT Appointments From Wait-List Ignoring Select-List

'Litigants In Distress': Supreme Court Deprecates Centre's Practice Of Giving Additional Charge To DRT Of One State Over Another State Due To Unfilled