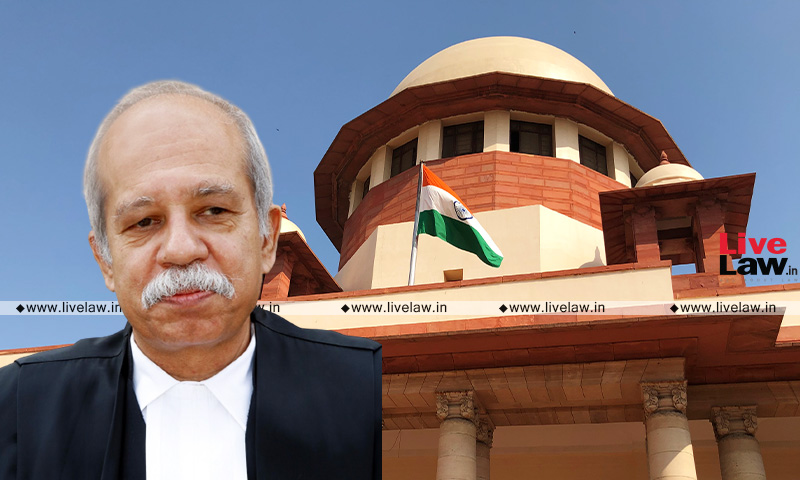 x
Justice Kureshi's non-elevation is a disconcerting example of the executive influence over judicial appointments, poor reflection on the collegium system and a sad loss to the Supreme Court.

That Justice Akil Kureshi, the senior most High Court Chief Justice of the country, had to retire without getting an elevation to the Supreme Court despite the existence of two vacancies there, raises disturbing questions about the collegium system, which was envisaged to shield judicial independence from executive control.It is an open secret that the Union Government is opposed to...

That Justice Akil Kureshi, the senior most High Court Chief Justice of the country, had to retire without getting an elevation to the Supreme Court despite the existence of two vacancies there, raises disturbing questions about the collegium system, which was envisaged to shield judicial independence from executive control.

It is an open secret that the Union Government is opposed to Justice Kureshi, and this perception gets strengthened by some revelations made by former Chief Justice of India Ranjan Gogoi in his recent autobiography. Justice Kureshi, who gives off the impression of a sober and studious persona, had to ironically face several dramatic moments in his judicial career due to certain unusual interferences made by the executive. In November 2018, there was an attempt to block him from becoming the Acting Chief Justice of the Gujarat High Court, by notifying a junior judge as the Acting CJ, contrary to the routine practice of notifying the next senior judge as the Acting Chief Justice after the elevation or retirement of the incumbent Chief Justice. This 'error' was rectified following intense protests by the Bar. During the same period, he was unceremoniously transferred to the Bombay High Court, where he had to take a lower seniority position. The Gujarat High Court Advocates Association steadfastly stood with Justice Kureshi, and passed a unanimous resolution affirming the integrity and capability of Justice Kureshi, and denounced his transfer as wholly unwarranted.

Former CJI Ranjan Gogoi reveals in his autobiography that the Collegium proposal as regards Justice Kureshi's elevation had to be altered after the objection raised by the Union Government.

"The objection was based on a negative perception flowing from certain judicial orders passed by Justice Kureshi", Gogoi says without giving out further details. He further says that "to avoid a confrontation between the two constitutional bodies", Justice Kureshi's recommendation was modified.

Which are those judicial orders creating a negative perception about Justice Kureshi? No one has a case that Justice Kureshi is corrupt or inept. The Bar has been consistently vouchsafing his integrity and ability. In the resolution passed condemning his transfer, the GHCAA said that it "recognises the integrity, honesty, legal acumen and excellent court conduct and decorum of Justice Kureshi ever since his appointment in 2005".

It may be noted that when Centre was sitting over the recommendation to elevate Justice Kureshi as HC CJ, the Gujarat High Court Advocates Association filed a writ petition in the Supreme Court. A battery of illustrious senior advocates ranging from Fali S Nariman, Arvind Datar, Dushyant Dave, Yatin Oza, Mihir Thakore, Percy Kavina etc, appeared for the GHCAA, pleading the case for the elevation of Justice Kureshi.

There is a widespread feeling that the "negative perception" is flowing from certain orders passed by Justice Kureshi which were against the political interests of the ruling party. In 2010, Justice Kureshi, as a judge of the Gujarat High Court had remanded BJP leader Amit Shah, who was then junior Home Minister of Gujarat, to two days CBI Custody in relation to the Sohrabuddin encounter killing case. Justice Kureshi's 2012 decision upholding the the Governor's appointment of (Retd) Justice RA Mehta as Lokayukta was a set back to the state government.

In 2016, there was an attempt to cause his recusal from hearing the appeal against the conviction of Maya Kodnani(who was a minister in the Gujarat Government) and few others in the Naroda Patiya massacre case, when a senior lawyer related to Justice Kureshi entered appearance for one of the parties in the last minute and sought his recusal. "When the appearance is made by the senior advocate at late a stage, we wonder would it not have been better if the advocate had recused rather than to request the court to do so", Justice Kureshi stated in the order of recusal. He expressed his anguish at the episode by saying "It is very painful. We will not say anything but it tarnishes the image of the institution and confidence of people… this should not have happened."

The inference which flows from the above facts and the revelations of Gogoi is that the Government is either vindictive or apprehensive about Justice Kureshi. More disconcerting is the manner in which the Collegium cowed down under the executive pressure, which Gogoi proudly terms as an avoidance of confrontation between two constitutional bodies.

Interestingly, in his farewell speech yesterday, Justice Kureshi said that he considered this "negative perception" of Centre as a "certificate of independence".

"As a judge of the Constitutional Court, whose most primary duty is to protect the fundamental and human rights of the citizens, I consider it a certificate of independence", he said.

He also said, "I leave with my pride intact that I made no decision based on its consequences for me".

"The refusal to elevate Justice Kureshi to the Supreme Court, which he duly deserves, before his retirement as High Court judge will send a distressing message that judges who keep a check on the executive in accordance with their constitutional duties will be sidelined", this author had commented then.

Now, Justice Kureshi meets the fate of Justice Jayant Patel - the judge who ordered CBI probe in Ishrat Jahan case in which Amit Shah was an accused- whose due elevation to the Supreme Court was overlooked in 2017, presumably after Centre's objection.(Justice Patel had resigned after being overlooked for SC elevation).

It is also quite telling that Justice Kureshi told in his farewell that he has not been officially communicated the perception of the judiciary, which he said was of "greater significance" for him.

Justice Kureshi has delivered several landmark verdicts which reflect his deep academic merit, commitment to constitutional guarantees and above all a deep sense of humanity and empathy.

At the Tripura High Court, Justice Kureshi has delivered notable judgments on civil liberties, protecting persons from arrests over social media posts critical of the government. In a judgment on Section 295A IPC, he observed that careless insults to religion without any deliberate or malicious intention to outrage the religious feelings of a class would not be a penal offence. To recount some notable actions taken by him as the Chief Justice of Tripura High Court - took suo motu cognizance of the reports about the trafficking of a minor girl, ordered suo motu SIT probe into the incident of a couple killing themselves after their leaked videos came in public domain, monitored the handling of COVID management in the state and vaccine distribution; intervened in the incident of a District Magistrate abusing authority to prevent a marriage party; issued directions to ensure the protection of children in orphanages during COVID; passed directions to fill up vacancy in district judiciary.

The dissenting judgment given by him in Gujarat High Court in the Goolrokh Gupta case is notable for its emphasis on secularism and personal liberty. The issue is this case was whether a Parsi woman would cease to be Parsi on marrying a non-Parsi man. While the majority held that marriage of a non-Parsi would mean that the woman has renounced Parsi religion, Justice Kureshi dissented, "In a secular State and the Constitutional philosophy that we have adopted, it would be impossible to imagine that two persons belonging to different religions would not be permitted to solemnize a valid marriage unless, atleast one of them is prepared to renounce his or her religion and accept conversion." The issue is now before the Constitution Bench of the Supreme Court.

At the Gujarat High Court, while upholding the conviction of 19 persons for murder of 23 people including women and children during the 2002 Gujarat riot(Oad massacre case), Justice Kureshi made certain moving observations about "communal frenzy" and how it turns normal human beings into "murderous monsters".

"These phenomena which we often describe as communal frenzy turn perfectly normal human beings momentarily into murderous monsters leaving nothing but trail of death and destruction for the victims and his own family alike", Justice Kureshi stated in his judgment.

He also had certain consoling words for the victims of riots :

"We have seen the senselessness of violence and loss of innocent human lives. We cannot imagine the pain suffered by the victims who perished in the raging fire. We cannot judge the depth of sorrow and despair that the members of the families of the victims would have felt while helplessly watching their relatives being killed in front of their eyes in most gruesome manner. While we were hearing these appeals we have also seen kind of doom and despair that such incidents bring on the members of the families of the accused. Everyday, we saw old ladies, young housewives with children in toes standing before us with folded hands pleading for temporary release of their son, husband or father citing reasons of death of a near relative, financial crisis in the family, serious illness of the children or such like and simply waiting for the outcome of these appeals".

At the farewell reference, many senior lawyers in their address recounted the landmark verdicts delivered by Justice Kureshi in various subjects of law, ranging from civil litigation to taxation.

Justice Kureshi's non-elevation is a disconcerting example of the executive inluence over judicial appointments, a poor reflection on the collegium system, and a sad loss to the Supreme Court.

Interestingly, in his farewell speech, Justice Kureshi had mentioned Justice HR Khanna, by saying that when we speak of courage, we remember the one who was never made the Chief Justice of India.

"So far there have been 48 Chief Justices of India. But when we talk of courage and sacrifice to uphold rights of citizens, we remember the one who should have but never did become the Chief Justice of India. Justice HR Khanna will always be remembered for his lone dissenting voice in the ADM Jabalpur case", Justice Kureshi said.

Justice Kureshi will be remembered in history as a great judge Supreme Court never had.